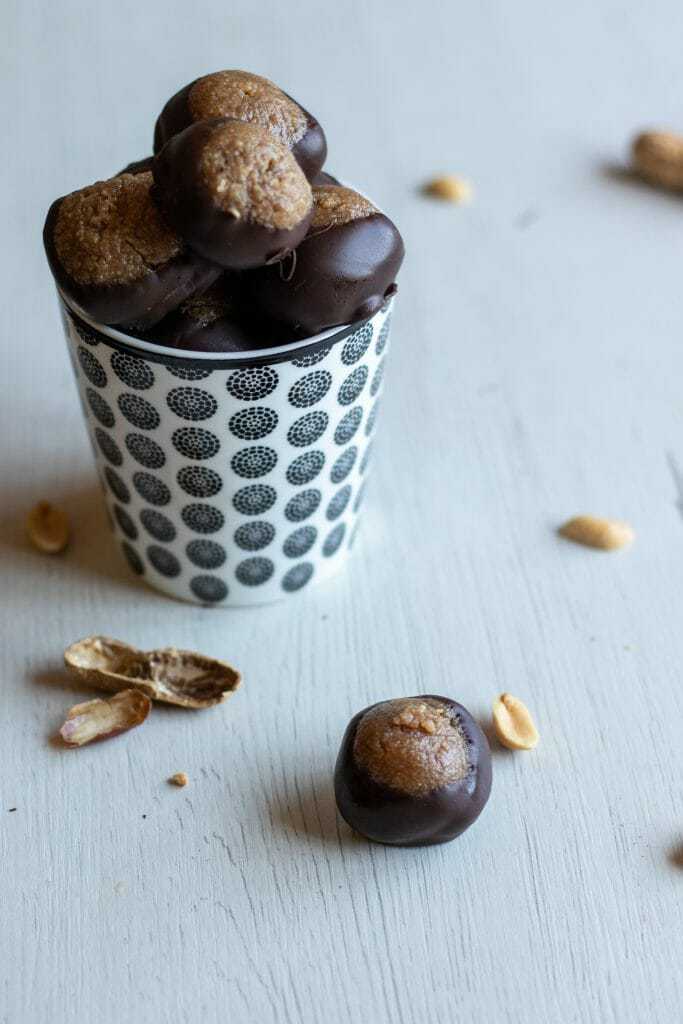 Until recently, the word “buckeye” was only associated with Ohio as it’s stately nickname for me. Imagine my surprise when I found that it’s also another term for the wonderful little chestnut! However, when referring to “buckeyes” for food, it actually has little to do with the actual nut, and more to do with a sweet confection that simply resembles a chestnut.

You see, buckeyes as food are a candy of sweetened rolled peanut butter balls that are then dipped into melted chocolate. They are one of America’s favorite sweet and savory combinations turned into a fun edible representation of the fruit from Ohio’s state tree. They are also ridiculously addictive and it’s hard to just stop at one or two!

For most recipes pertaining to buckeye candy, they recommend a smooth pre made peanut butter, a lot of extra sugar, and milk chocolate. This recipe doesn’t follow those rules.

These buckeyes are made with homemade roasted peanut butter and a bit of ground cinnamon to give it a depth of flavor that only cinnamon can. The cinnamon also provides a benefit by helping to regular blood sugar and a bit of antioxidants, among other things. Did I mention it makes the peanut butter taste amazing?

Dark chocolate is substituted for milk chocolate to counter the sweetness from the brown sugar and powdered sugar used in the peanut butter. Of course we all know that dark chocolate comes with some health benefits as well like mood lifting, heart health, and brain function. Combined with the cinnamon peanut butter, you’ve got a recipe that is not only a delicious little snack, but has less to be guilty about when indulging!

Whipping up a batch of these buckeyes to consume at home and share with friends and family is also an easy, though a slightly time consuming endeavor, but so worth the effort, so let’s get started! 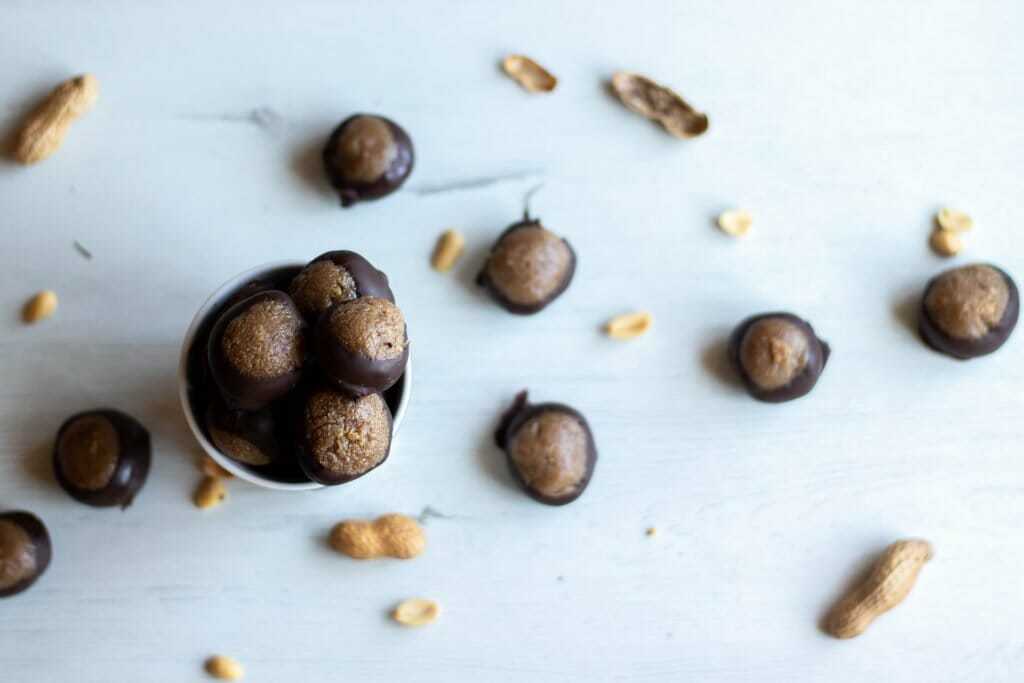 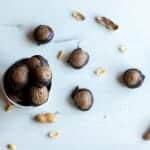 This recipe can be done without the homemade peanut butter, but it really should be. The roasted peanuts freshly ground down into the butter with the cinnamon really makes the recipe pop.

STEP ONE – PREPARE THE PEANUTS

Transfer the shelled roasted peanuts into the bowl of a food processor and add the brown sugar, butter, vanilla, cinnamon, and salt. 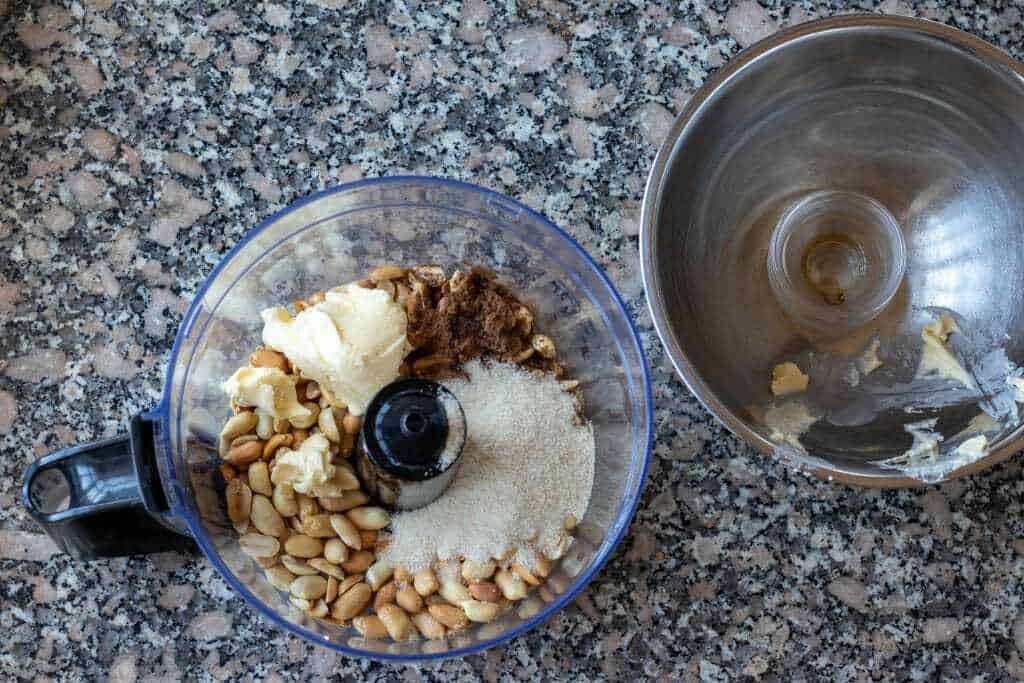 Place the container on the base of the food processor and blend a couple of minutes. Scrape the sides down with a spoon or rubber spatula and blend again. Continue to do this until the peanut butter is almost smooth. 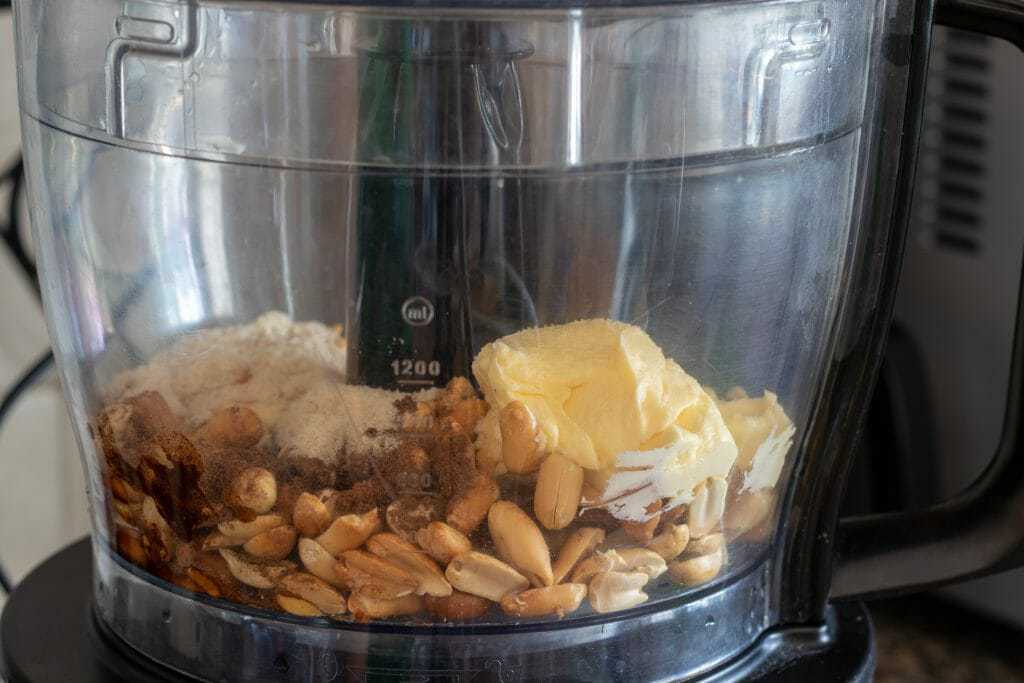 Add the powdered sugar and blend again until it’s smoothed out, less gooey, and has pulled together better to make it easier to handle.

Scrap the peanut butter out of the food processor and transfer it to a bowl. Cover it and refrigerate for about an hour. 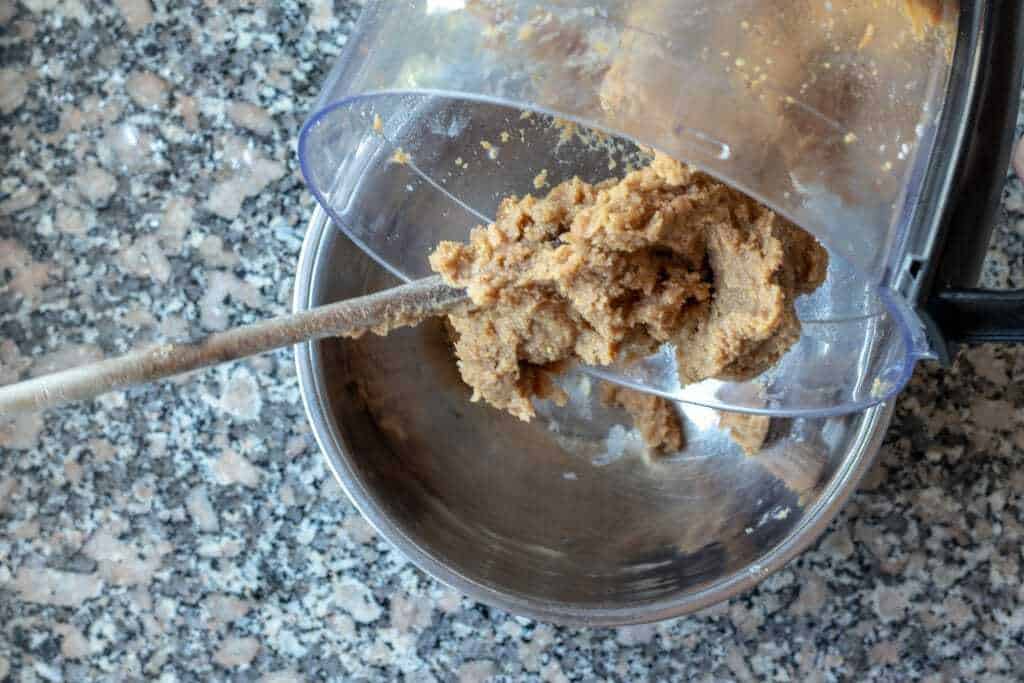 Line a plate with parchment paper. 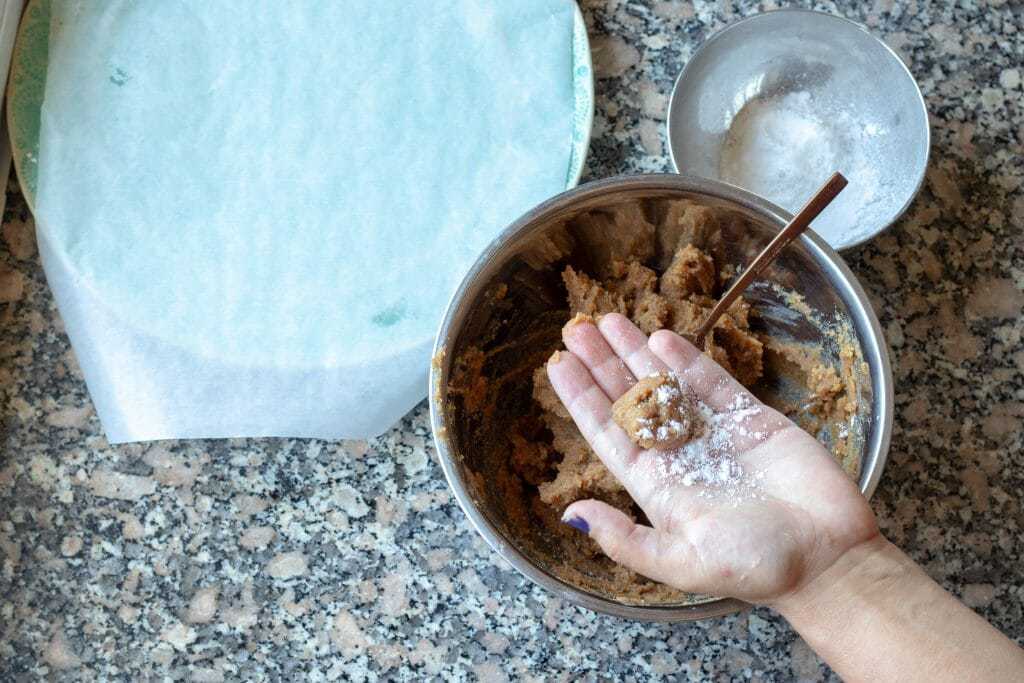 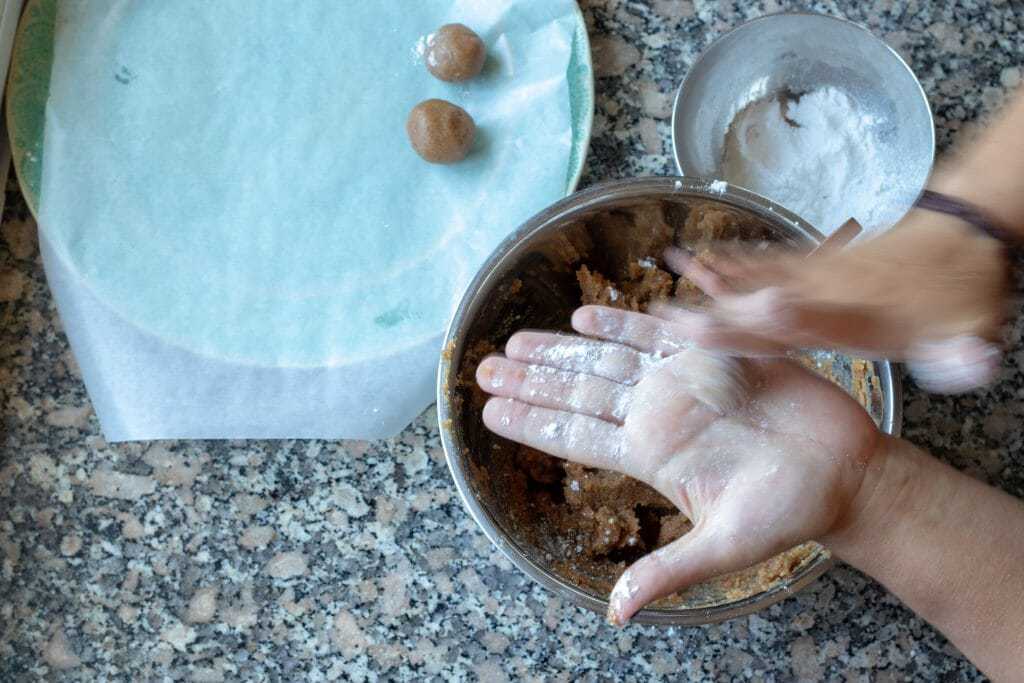 Return the peanut butter balls to the refrigerator to chill for an hour and melt the chocolate.

About 15-20 minutes before time to take out the peanut butter balls, melt the chocolate. 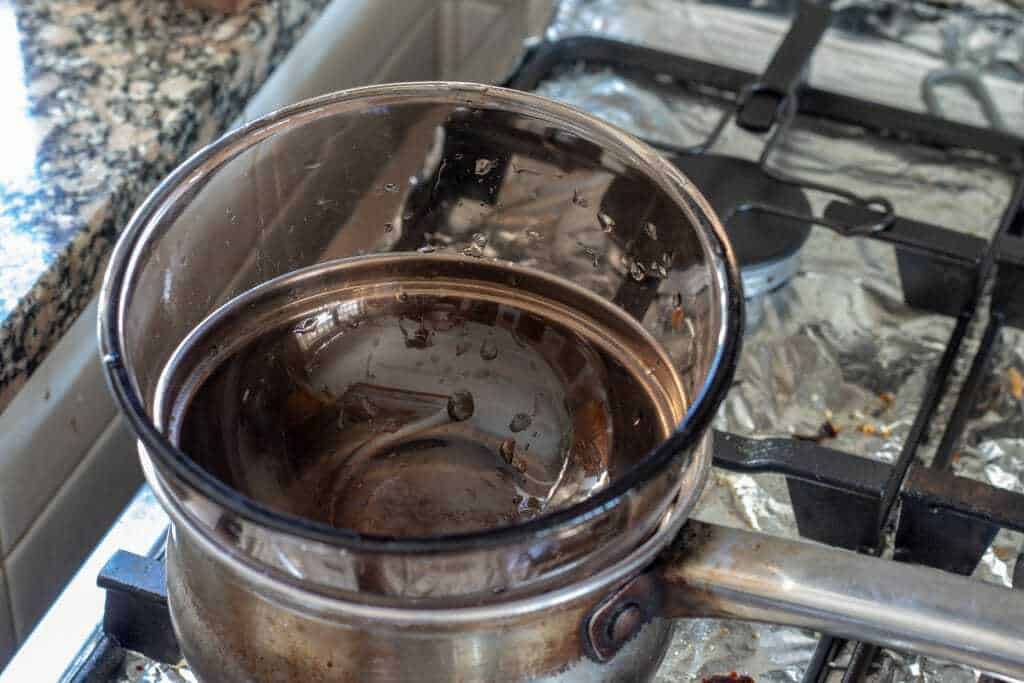 Place a small saucepan about half full of water on a stove top burner over medium heat. Put a heat safe bowl that has a bottom, one that can fit in the top of the pan but doesn’t touch the water, on top of it. 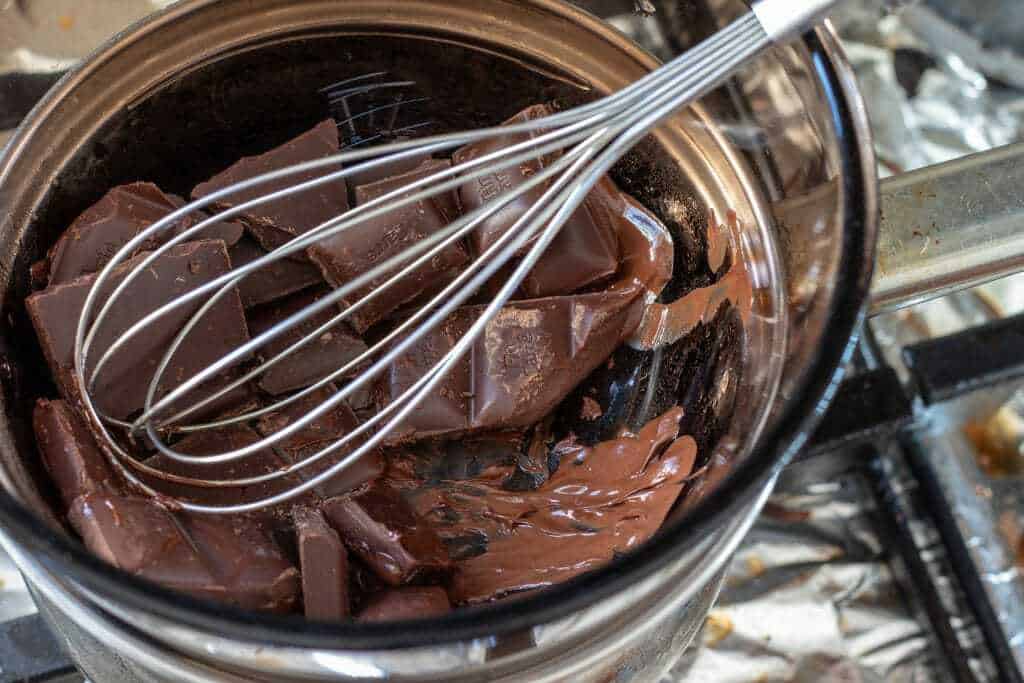 Break the chocolate into pieces and put it in the bowl and allow it to slowly heat and melt, stirring occasionally. Let it cook down until smooth and completely melted. Turn off the heat. 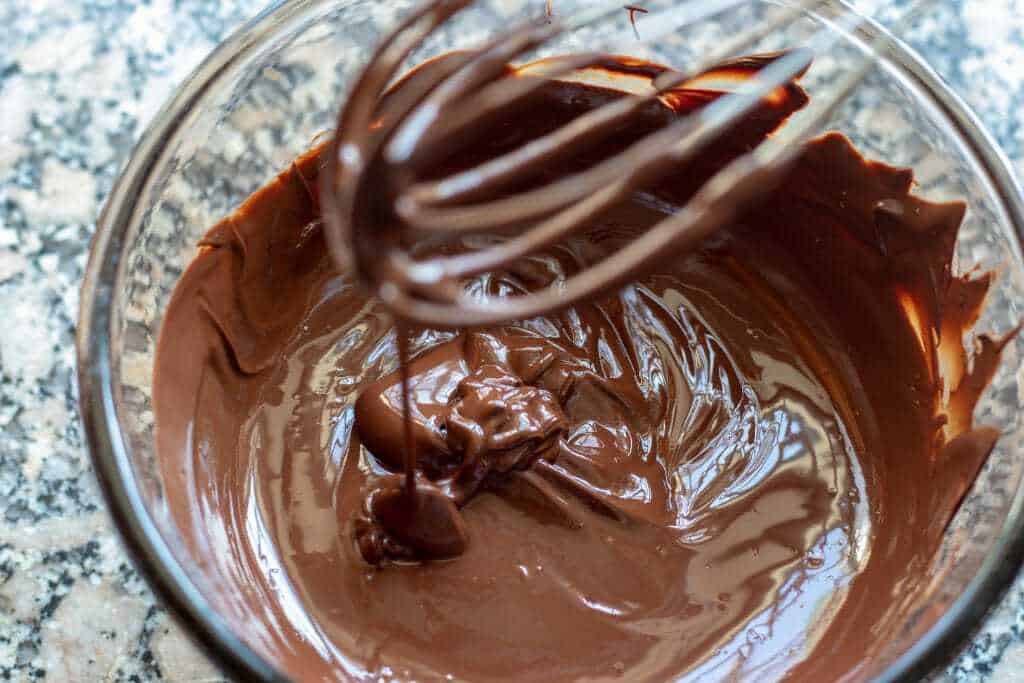 Take the peanut butter balls out of the refrigerator and line another plate with parchment paper. 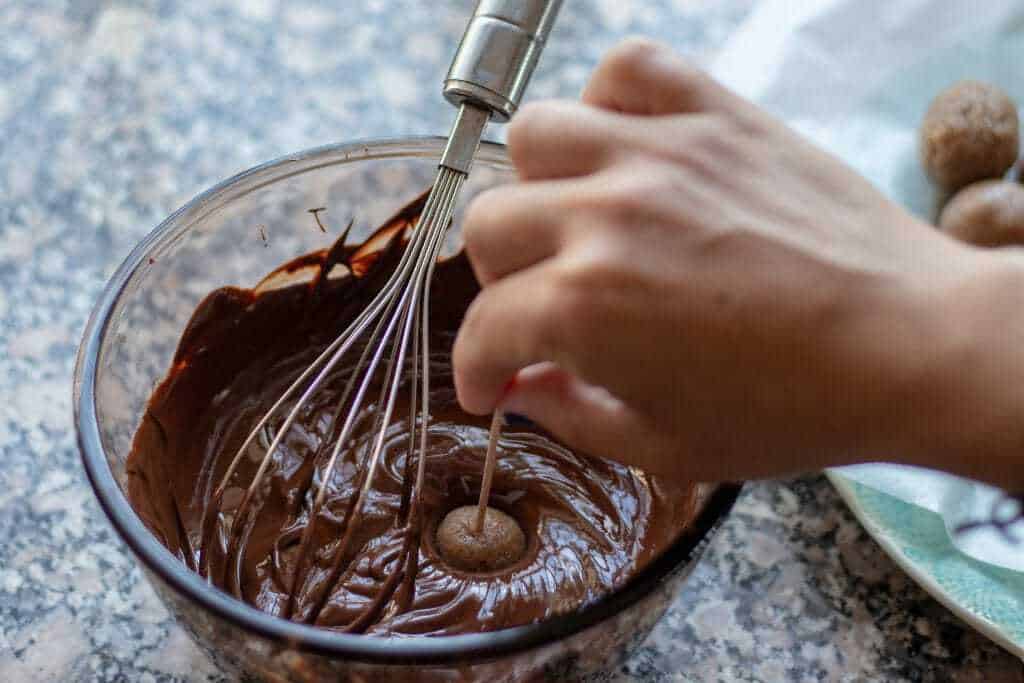 Pick up each ball with a toothpick inserted into the top and dip them into the melted chocolate one at a time, keeping a circle of peanut butter visible around the toothpick about the size of a nickel so that the candy resembles a chestnut.

Place each dipped ball onto the plate with the clean parchment paper, making certain that none of them touch. Smooth over the toothpick holes when finished. 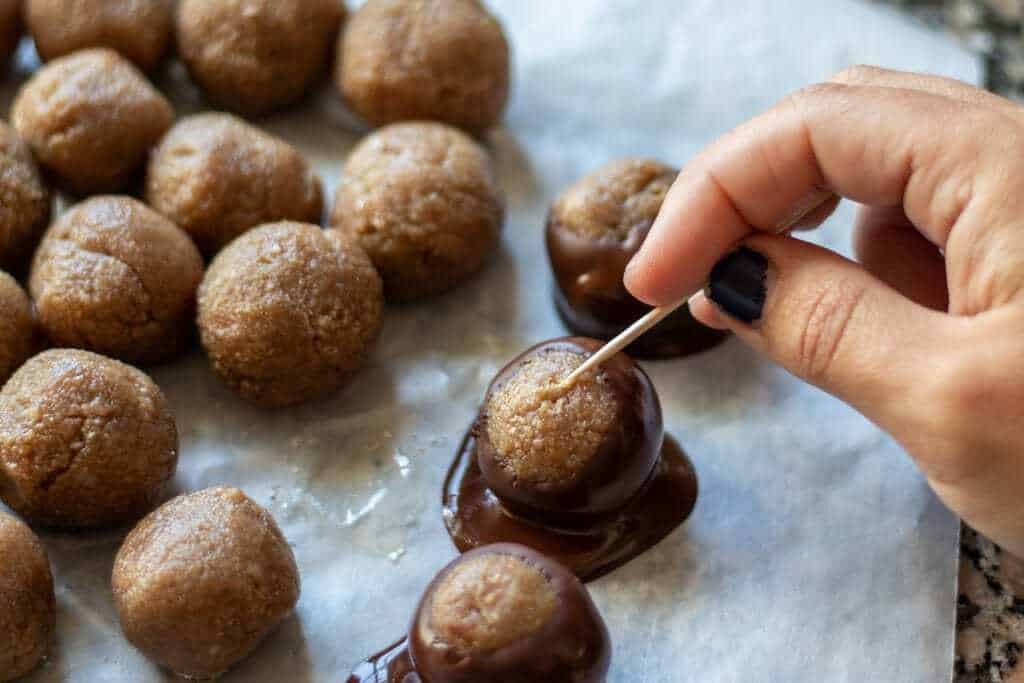 Return the finished buckeyes to the refrigerator to let the chocolate harden around them. These will stay good for at least a week in a sealed container in the refrigerator. 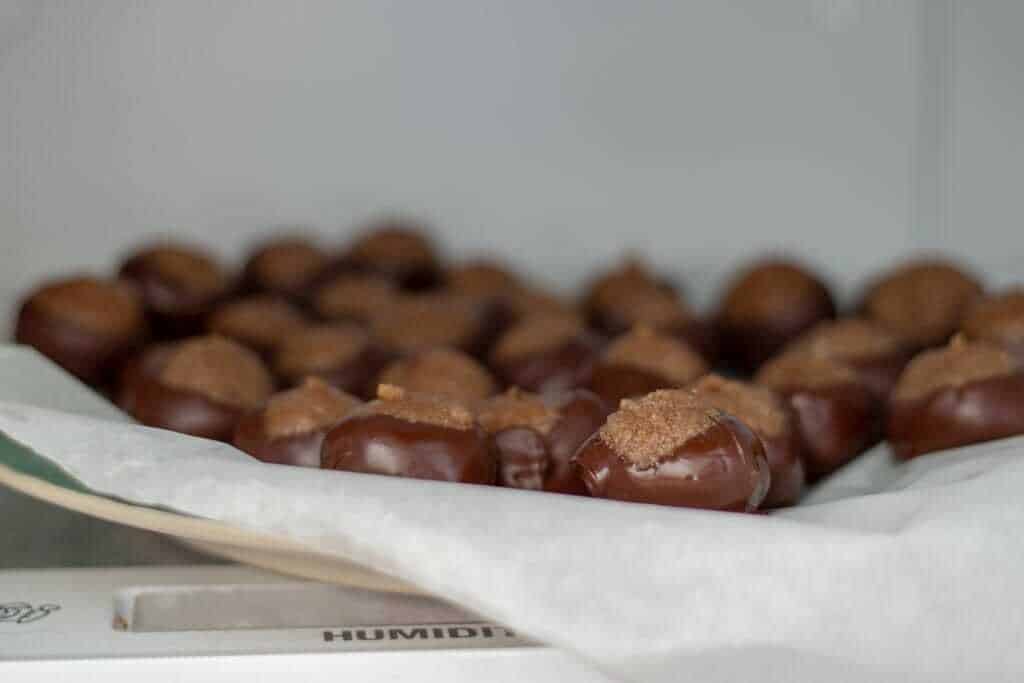 What are your thoughts on this delightful candy? Did you make your own peanut butter, or do you prefer a specific kind in your recipe?