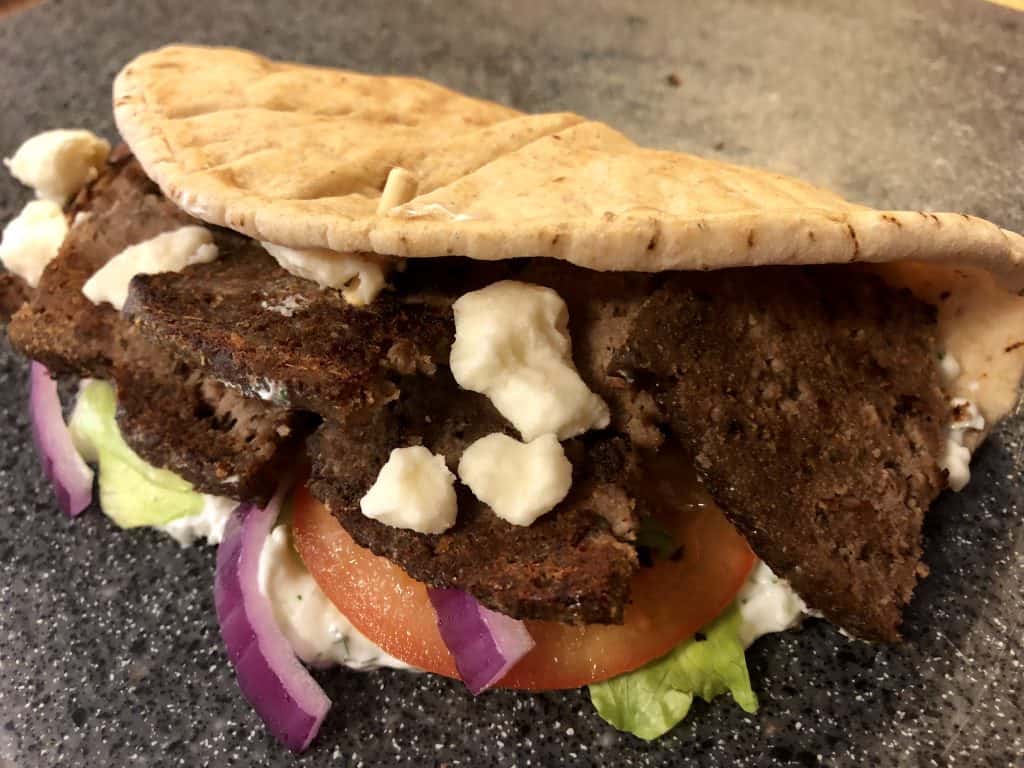 Greek gyros are hands down one of the most popular Mediterranean dishes out there. Because of this, there is a great deal of variety in the way that this meal can be prepared, but for this recipe we will be making a truly authentic Greek gyro. This simple dish consists of flavorful meat and a refreshing sauce that compliments it perfectly, all on a warm pita and topped with your favorite vegetables. Anyone who is looking to try their hand at making gyros that will truly impress simply must try out this recipe. 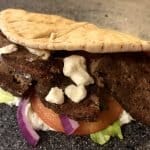 Step One – Prepare the Tzatziki Sauce 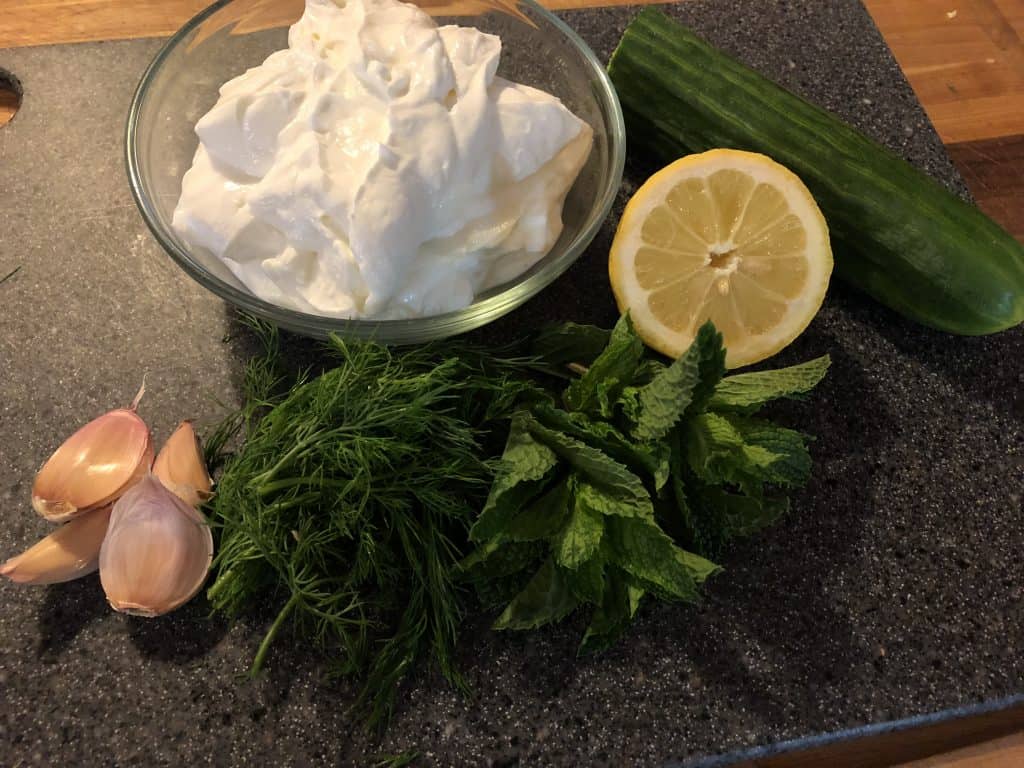 We will begin this recipe by making the delicious tzatziki sauce. This is largely due to the fact that the ingredients will begin to blend together while being chilled, greatly improving the overall flavor of the sauce. During this time the meat will also be refrigerated, allowing it to be sliced more easily. 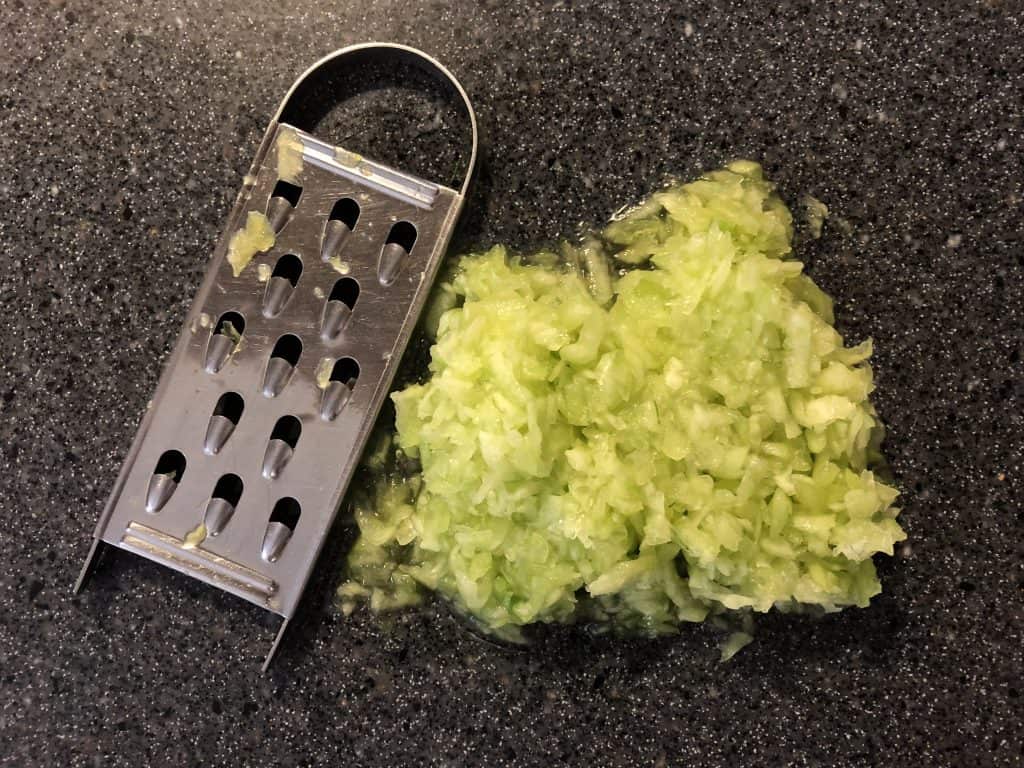 Perhaps the most notable ingredient in this sauce is the english cucumber. It adds a refreshing twist that couples very well with the grilled meat. However, it is important that we remove any excess liquid from the cucumber to keep the sauce from being too watery. Simply skin and shred the cucumber with a basic cheese shredder. Next, squeeze out any of the remaining juice with a cheesecloth or coffee filter.

Step Three – Combine All of the Tzatziki Sauce Ingredients 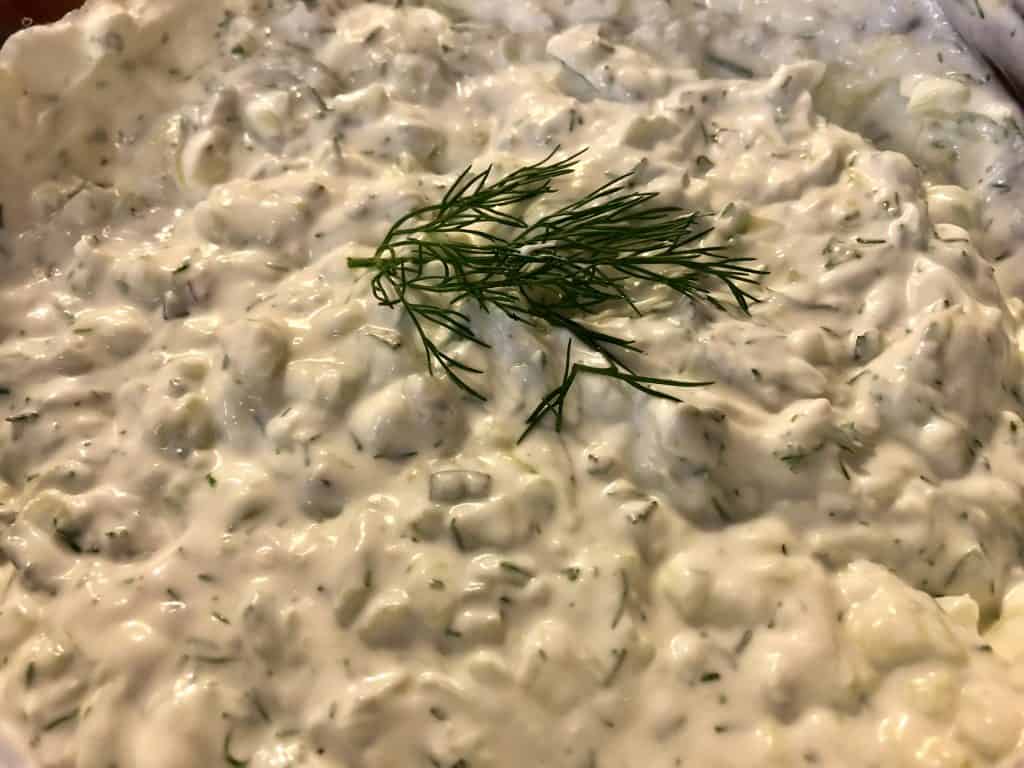 So now that we have got the cucumber shredded and dried, it is time to mix everything together. In a large bowl combine the Greek yogurt, cucumber, minced garlic, chopped dill and mint, olive oil, and lemon juice. Mix it all together until well combined and refrigerate it covered for a few hours.

Step Four – Mince the Onion and Garlic and Remove Liquid 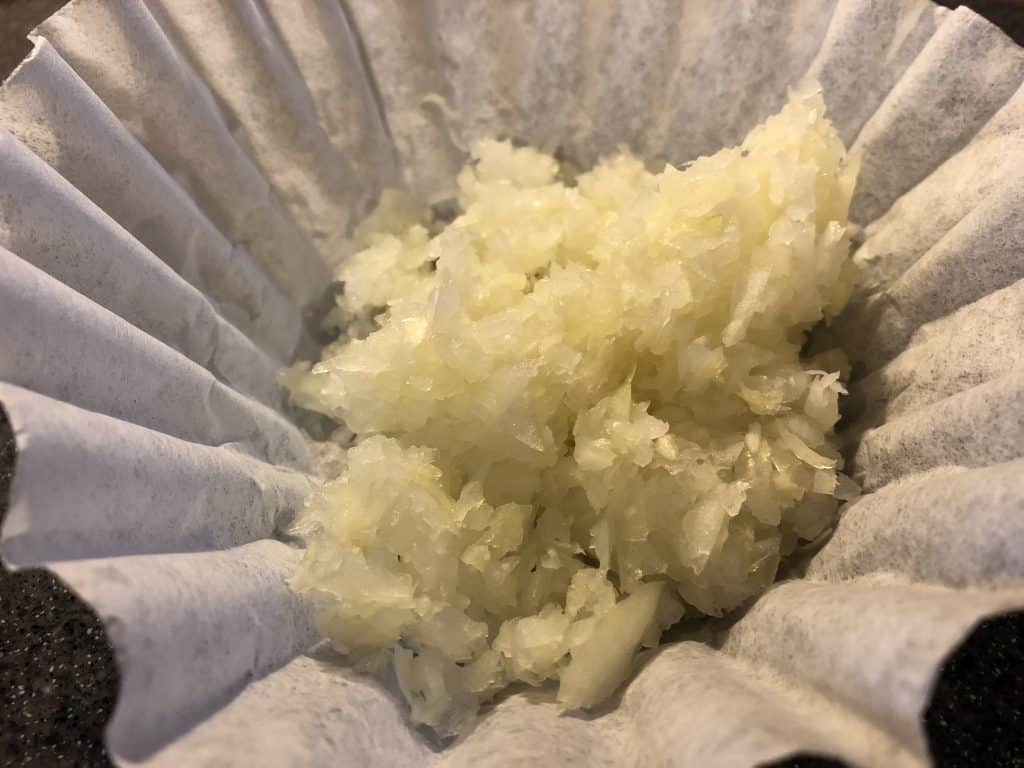 Begin preparing the gyro meat by first finely mincing the onion and garlic cloves. We do this step first so that we can once again remove any excess juice with a cheesecloth. It is important to get the onions as finely minced as possible, as any larger chunks will alter the meat’s consistency. 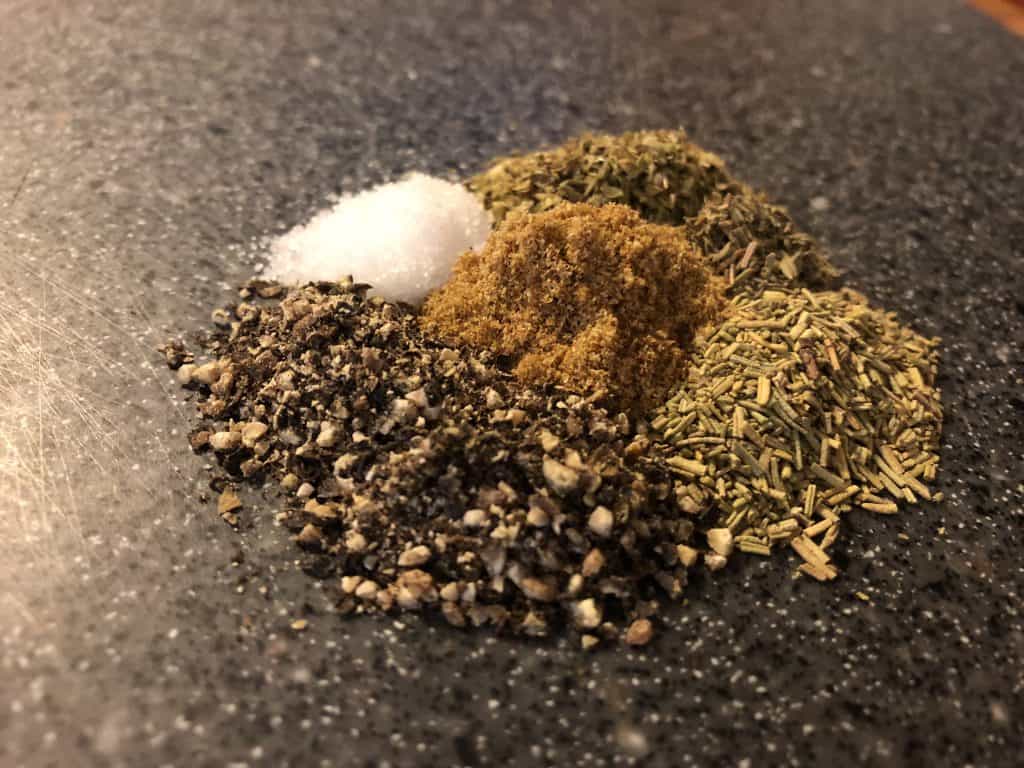 There are a number of spices that are often associated with gyro meat. For this recipe we will be using cumin, rosemary, thyme, salt, and black pepper. This creates a rich flavor that is quite aromatic, but feel free to experiment with different herbs.

Step Six – Blend the Meat, Seasoning Mixture, and Onions Together 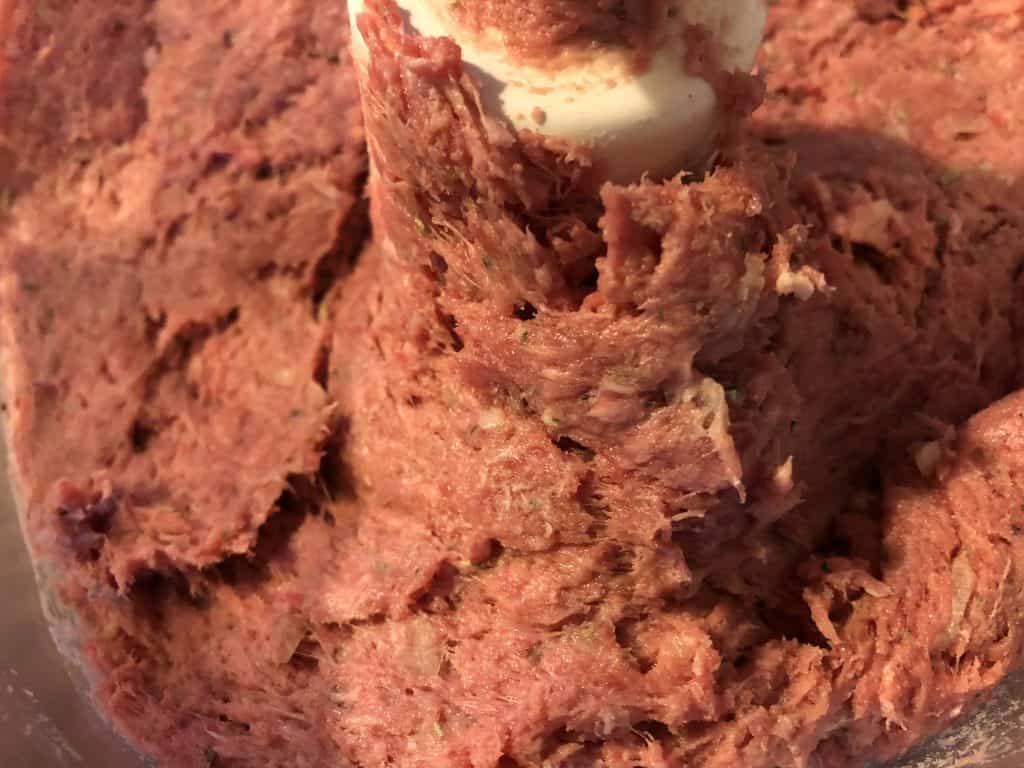 Next, we will be blending the meat, seasonings, and onion mixture together in a food processor. While this step of the process may be a bit less than appealing to look at, it is what gives the gyro meat its dense consistency. You will know it is perfect when the meat has an almost paste like texture that has no visible chunks. 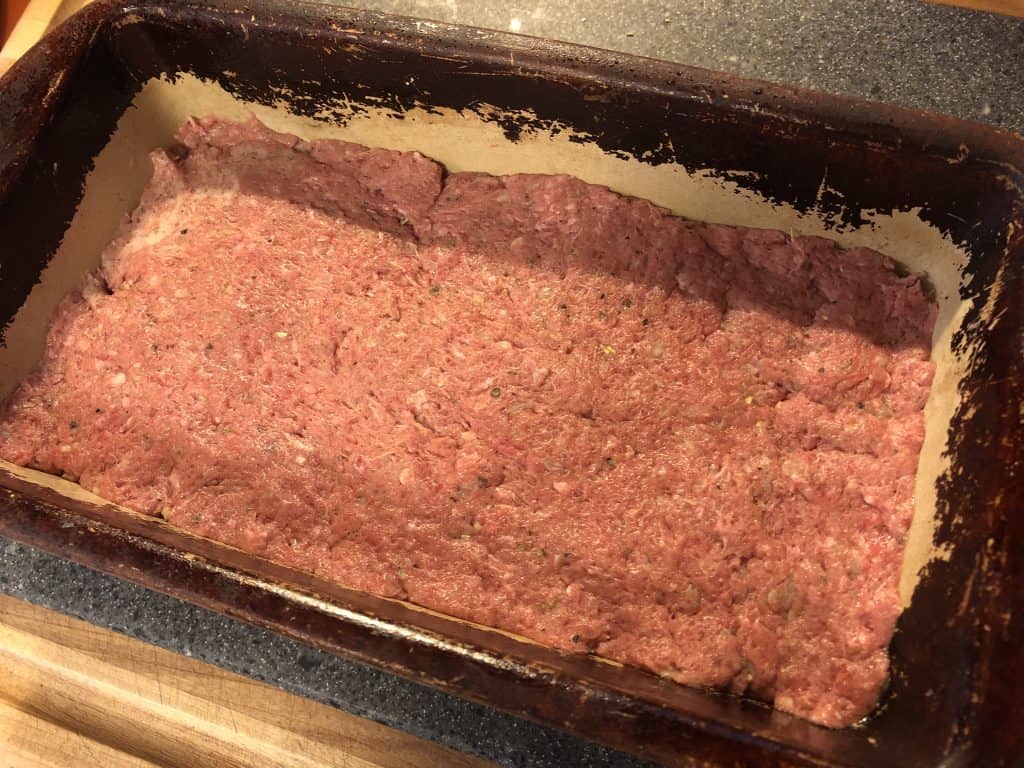 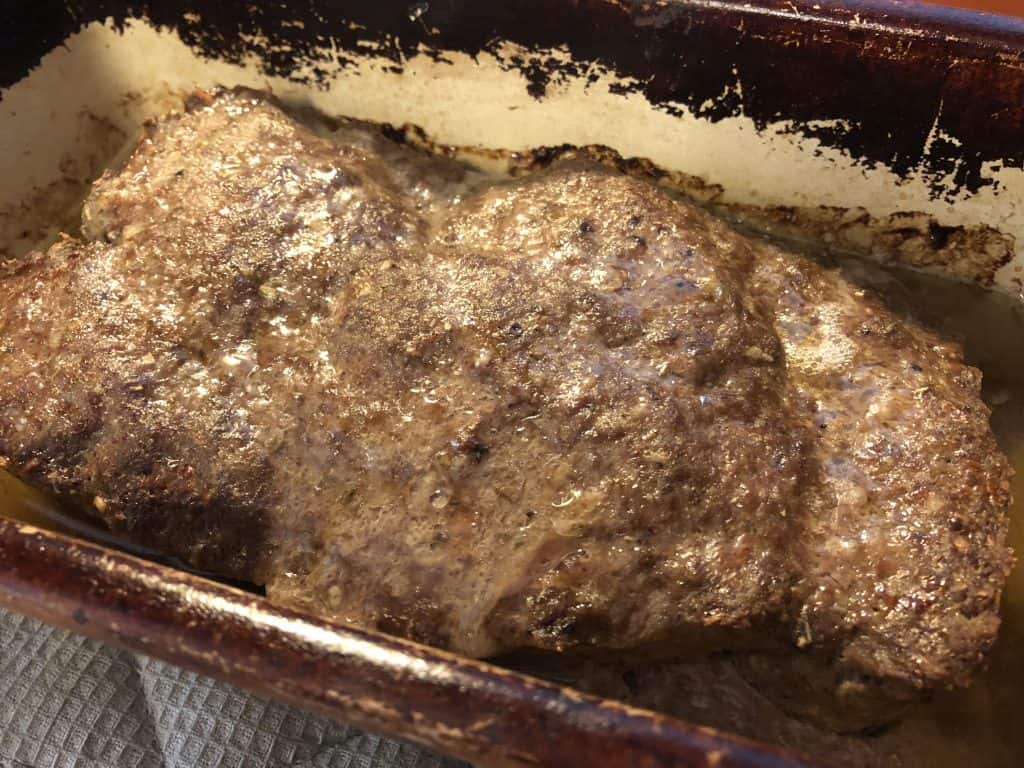 Lightly grease a small loaf pan and line it with the gyro meat mixture. Using your hands or a spatula, tightly pack the meat into the pan in order to remove any extra spaces. Place the pan into an oven preheated to 325°F and allow it to bake for 45 minutes. Depending on the size of your pan, you may need to cook the meat for up to an hour. A simple way to determine whether or not it is ready is to use a meat thermometer to see when the meat has reached an internal temperature of 165°F. 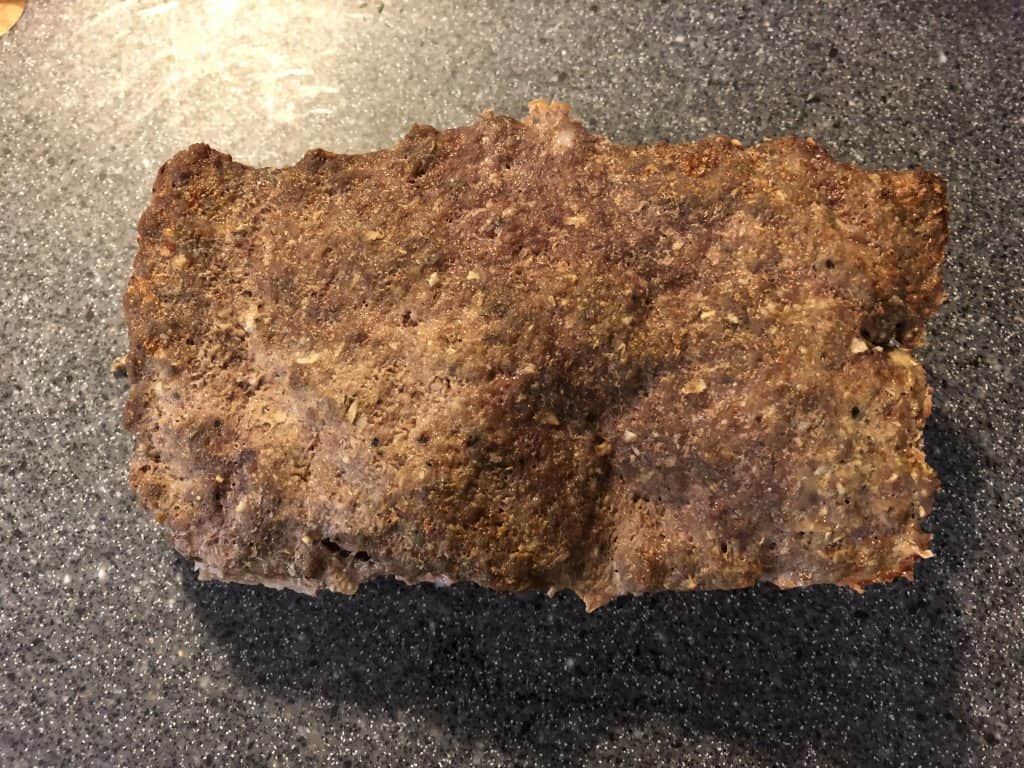 While this step is completely optional, chilling the meat allows all of the juices and flavor to be reabsorbed back into the meat and makes slicing much easier. Cover the gyro meat with foil and refrigerate it for up to four hours before slicing. We will be searing the meat later, so there is no need to worry about eating cold meat. If you decide to not chill the meat, allow it to rest for at least 15 minutes before serving.

Step Eight – Slice the Chilled Meat and Sear in a Skillet 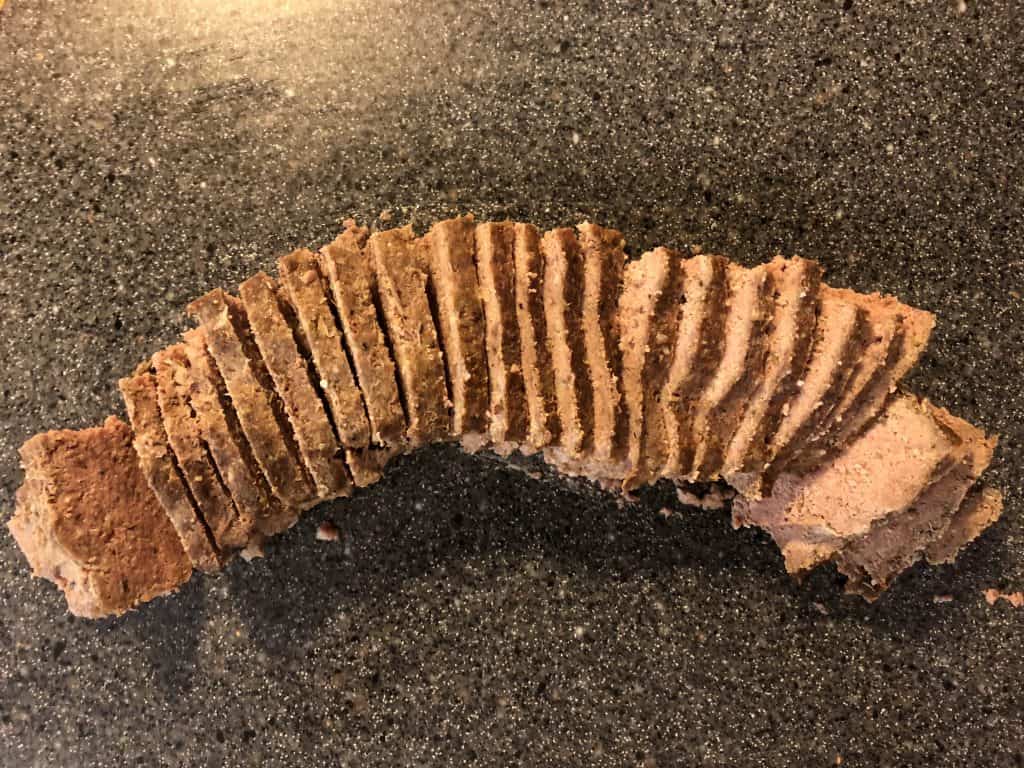 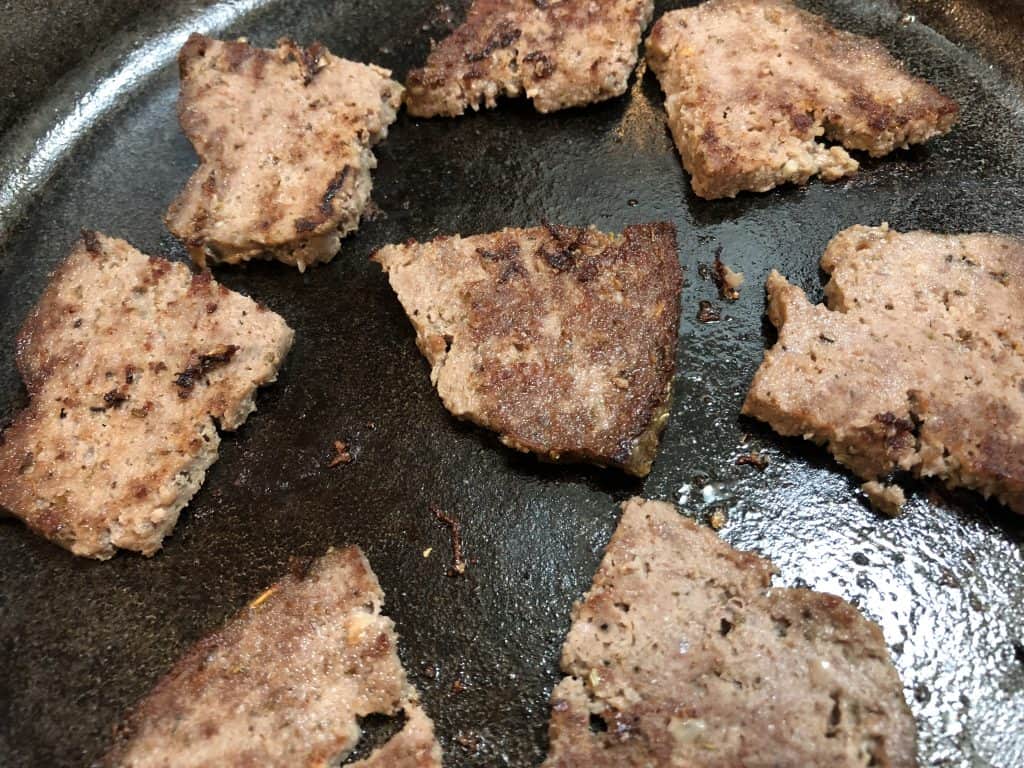 Once the meat has been chilled, you are ready to begin slicing it and setting up the gyro itself. Use a sharp knife to thinly slice the meat, around ⅛ inch is just about perfect. Take the slices and sear them for a minute or two on both sides over a hot cast iron skillet. This adds an excellent crust to each side of the meat, further enhancing its texture and flavor.

Step Nine – Serve Over Pita with Tzatziki Sauce and Vegetables 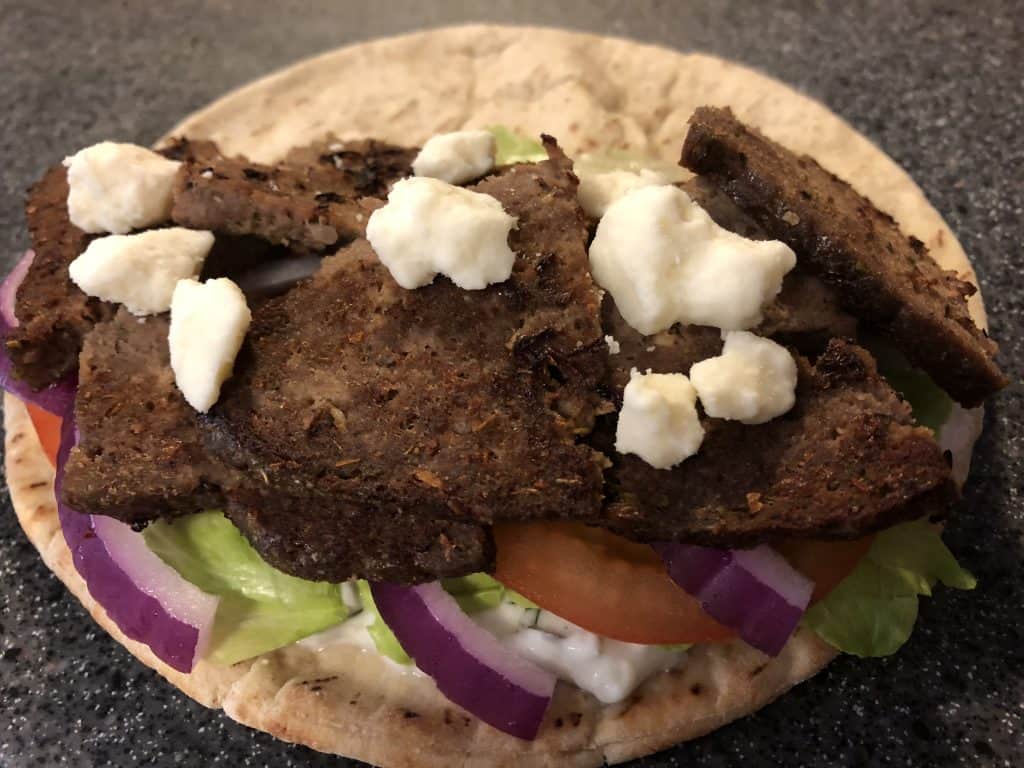 Finish your gyros off on a pita with the tzatziki sauce, lettuce, tomato, onion, and topped with feta cheese crumbles. Feel free to substitute out anything to suit your preferences, and enjoy!

While this recipe is for a truly authentic Greek gyro, there are a number of different ways that you can make this dish your own. Try adding a touch of spicy sriracha to the tzatziki sauce if you are looking for an extra level of flavor to this already flavorful sauce. Obviously lamb is not the most common meat to come by, so substituting it with beef, pork, or even chicken is perfectly acceptable. It doesn’t matter if you were born and raised in Athens or have never even tried a gyro before, this recipe will not disappoint and is definitely worth giving a try.