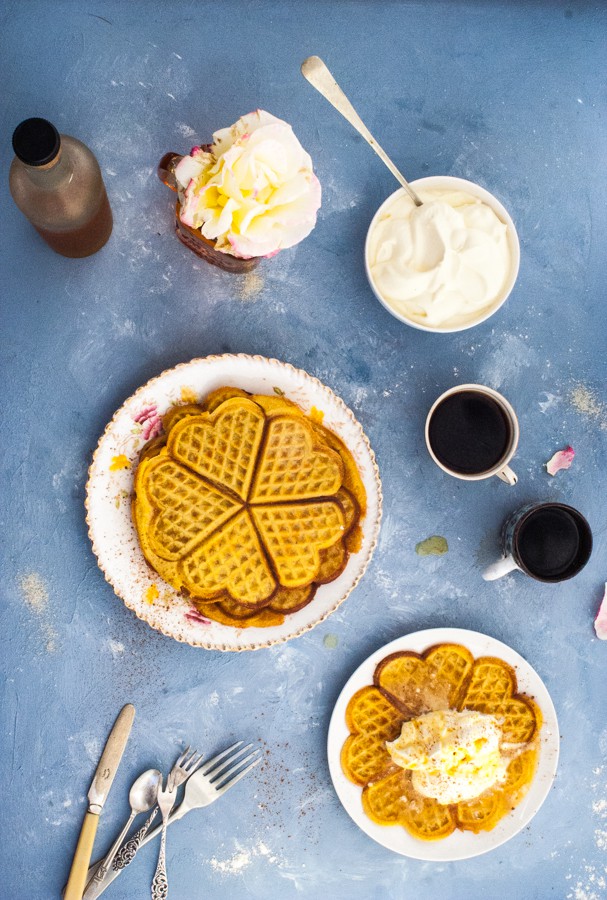 Did you know that Thomas Jefferson brought the first waffle iron to the United States? The year was 1789, and on his return from Europe, the founder brought back a ‘fancy’ French waffle iron to America, and proceeded to throw waffles parties, which became known as frolics!

While Jefferson brought in the first waffle iron, America had been cooking makeshift waffles for over a hundred years before that, thanks to the arrival of the recipe with immigrant pilgrims in 1620. It is said that the pilgrims got the recipe after spending time in Holland before setting sail to the Americas.

But waffles go even further back than this.

Historians say that the word waffle is the Dutch version of the word ‘wafer’. And that wafer cakes cooked in irons over the fire date right back to medieval times.

Understandably (because they are delicious of course) waffles have made their way all through the ages, all over Europe, and right across the Atlantic to become one of the USA’s favorite foods. And this grand migration through time and cultures has resulted in many variations of waffles.

America, Belgium, Holland, France, Italy, the Scandinavian countries – and even Hong Kong – have all developed their signature recipe for the ever popular waffle.

Which brings us to our recipe! Norwegian waffles, also known as Scandinavian waffles, are a lovely variation of the waffle and are definitely worth a try. They are just as easy to make as the US version, and the finished waffles are light, fluffy and beautiful.

The reason why Norwegian waffles are so light and fluffy is that most recipes will call for the egg whites to be beaten until stiff and then folded into the batter. This gives these waffles their signature pillowy texture, without the need to use baking soda.

To make Norwegian waffles, you will typically need a Scandinavian style waffle maker. These waffle makers create a waffle that is a lot thinner than American and Belgian waffles. They are rounded instead of square, and their round shape is made up of heart-shaped segments.

If for some reason you don’t have or can’t get your hands on this style of waffle machine, you can use a regular waffle maker. The texture might change slightly, but the taste will remain!

Norwegian waffles are commonly eaten with jam, butter, and/or brown cheese. Feel free to serve them with any of these – but for this recipe we are ramping up the yum-factor with an easy to make orange syrup. Because who doesn’t want syrup on their waffles right?

If you are daunted at the idea of making your own syrup, don’t be. Because all this syrup needs is orange juice, zest, sugar, sherry and 15 minutes on the stovetop.

Although a syrup topping is not the traditional way to eat Norwegian waffles, this transatlantic take on them is delectable. Let’s just say that light-as-air waffles, glistening orange syrup, and thick rivulets of cream is downright drool-worthy.

Like many variations of Norwegian waffle recipes, this recipe includes ground cardamom and a pinch of nutmeg. These two spices contrast perfectly with the orange syrup – so do yourself a favor and don’t skip making that syrup!

Lastly, when you make these waffles, be sure to have some family or friends around to enjoy them. In Norway, waffles are an integral and indispensable part of hygge, the trending Norwegian and Danish word for comfort, coziness, self-care, wellbeing, and closeness.

And what better way to share some hygge with your fam than through Norwegian heart-shaped waffles! Hygge is a word on everybody’s lips, but it doesn’t have to come in the form of decor and fancy lighting. Instead, it can enter your home right through your waffle machine. 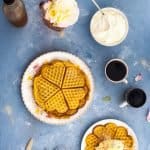 For the orange syrup:

Notes: Norwegian waffles are commonly served with jam, butter, and sometimes brown cheese or fresh fruit. Feel free to add in any of these additional toppings. The waffles are best eaten fresh off the waffle iron, however they can be kept until next day and reheated so as to leave no waffle to waste! You can also effectively freeze waffles by freezing them on a tray lined with parchment paper and then placing them into a ziplock bag back into the freezer.

STEP ONE – ASSEMBLE ALL INGREDIENTS 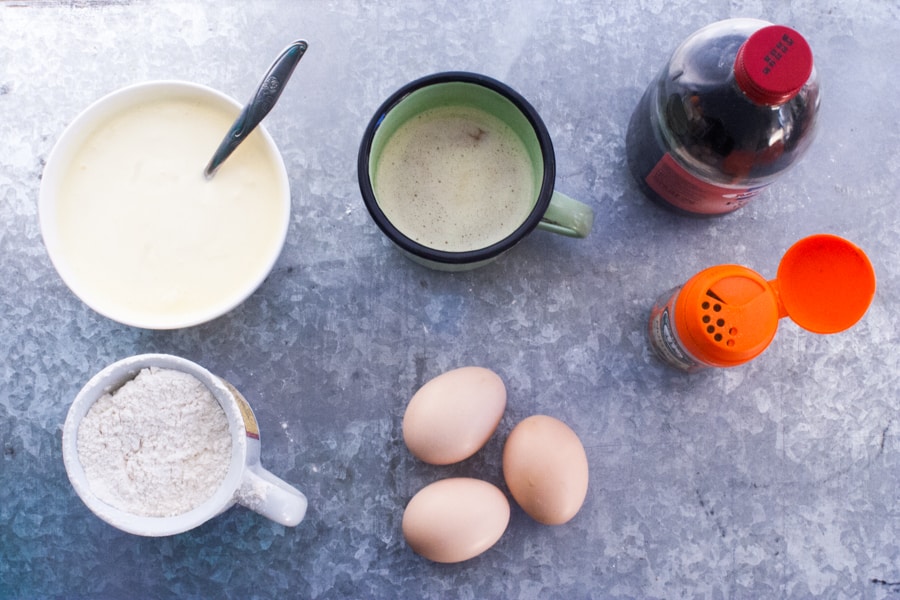 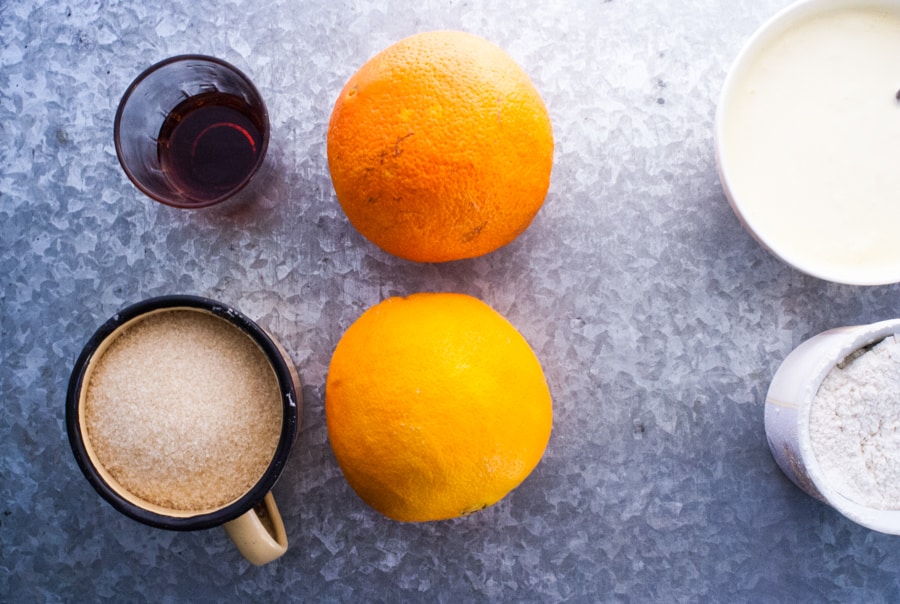 Start be assembling all of your ingredients. If you have not separated your eggs or melted the butter yet you can do so now. 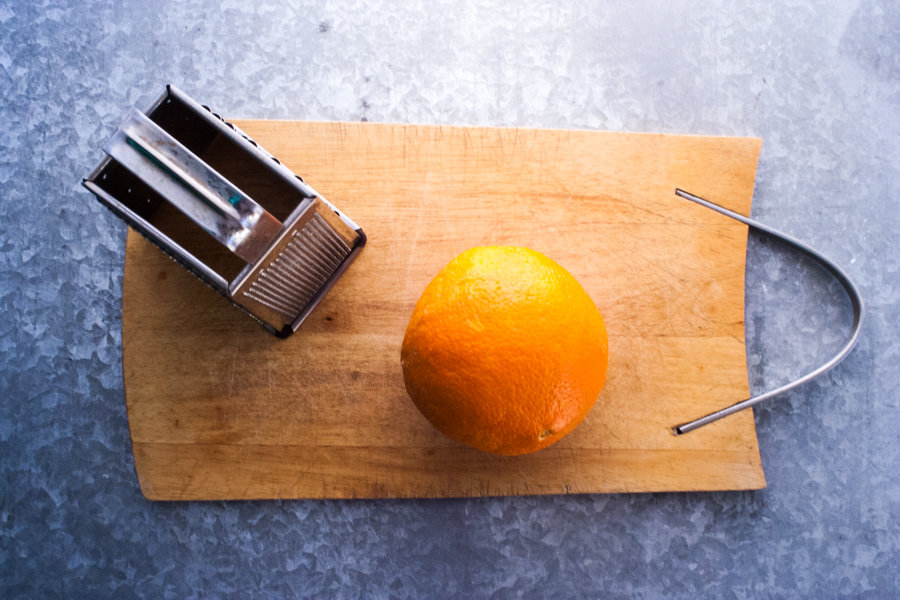 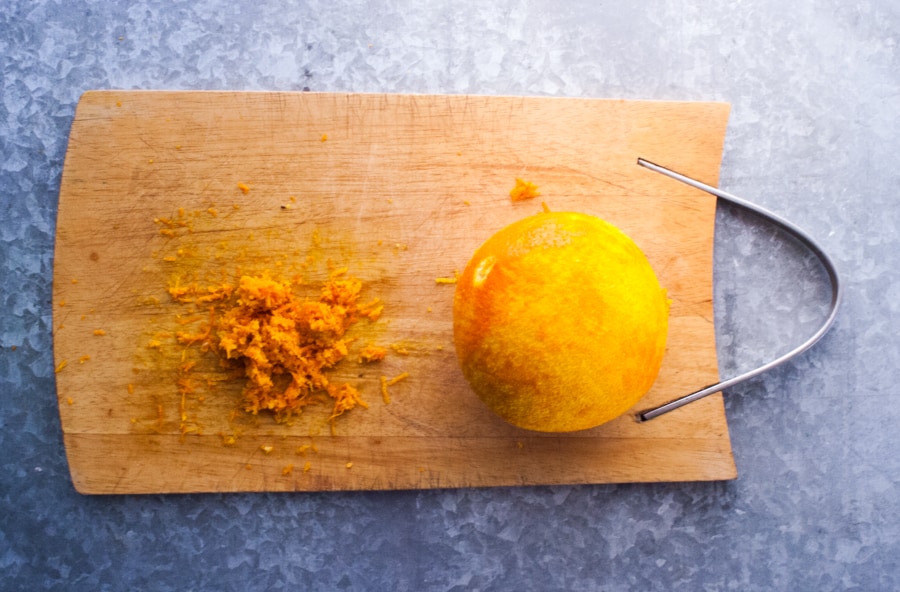 The first thing to get on the go is the orange syrup. It needs to simmer for +15 minutes, which means that while this is happening you can start on the waffle batter to economize on time. To get going with orange syrup, take one of the oranges and wash it thoroughly under the faucet. Then grate the zest off of the whole orange. 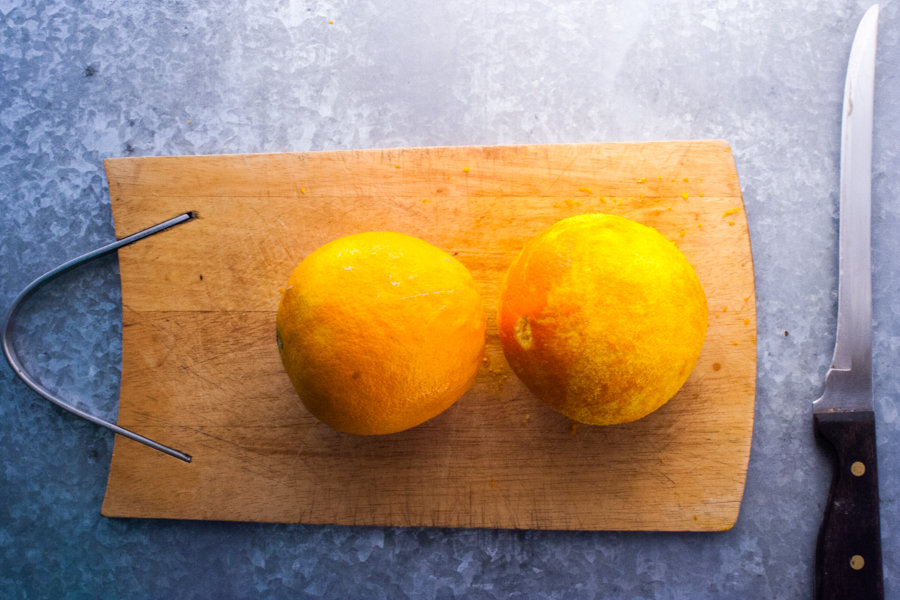 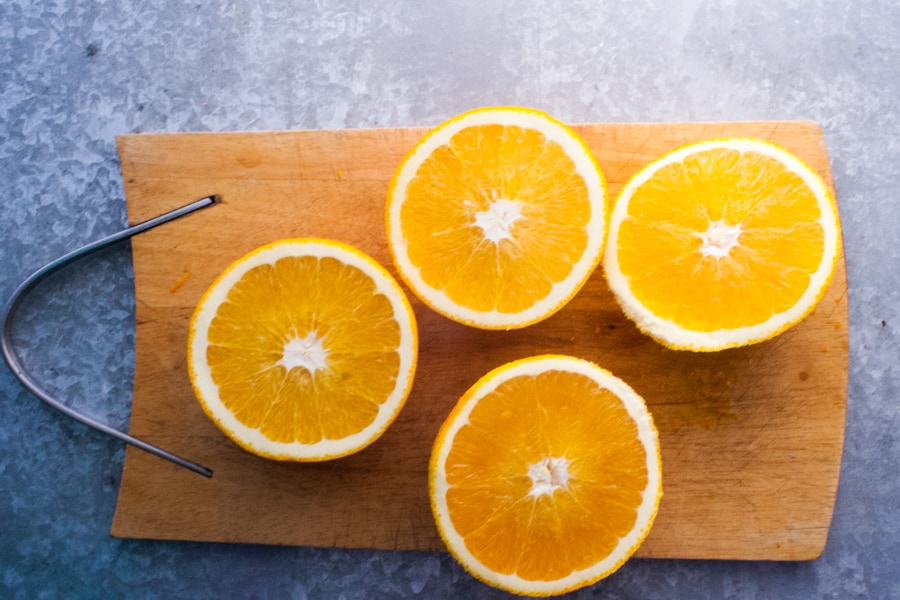 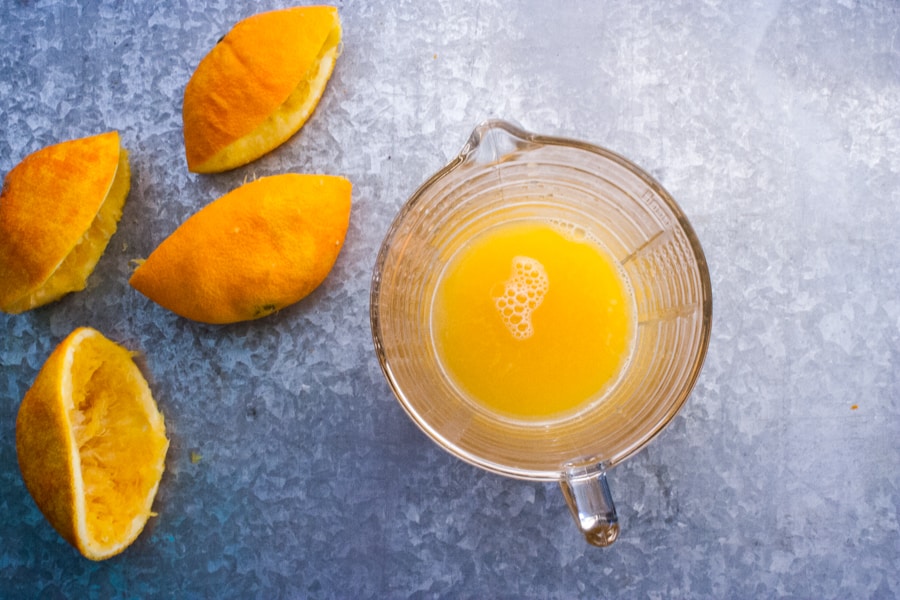 Now take both oranges, cut them in half and squeeze out all of the juice into a jug. Once this is done you must strain the pulp through a sieve into a small saucepan.

STEP FOUR – COMBINE THE SUGAR, ORANGE JUICE, ORANGE ZEST, AND SHERRY IN A SAUCEPAN AND SIMMER 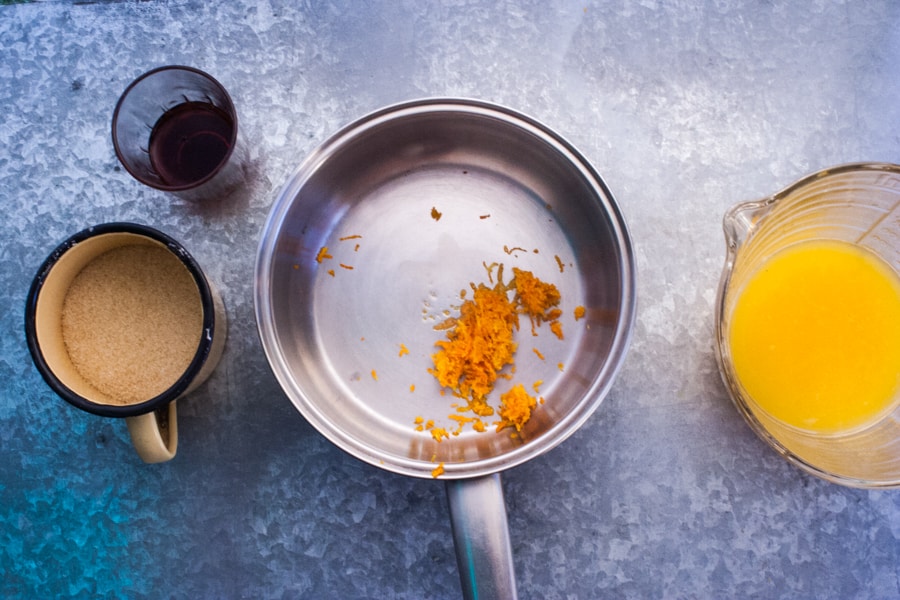 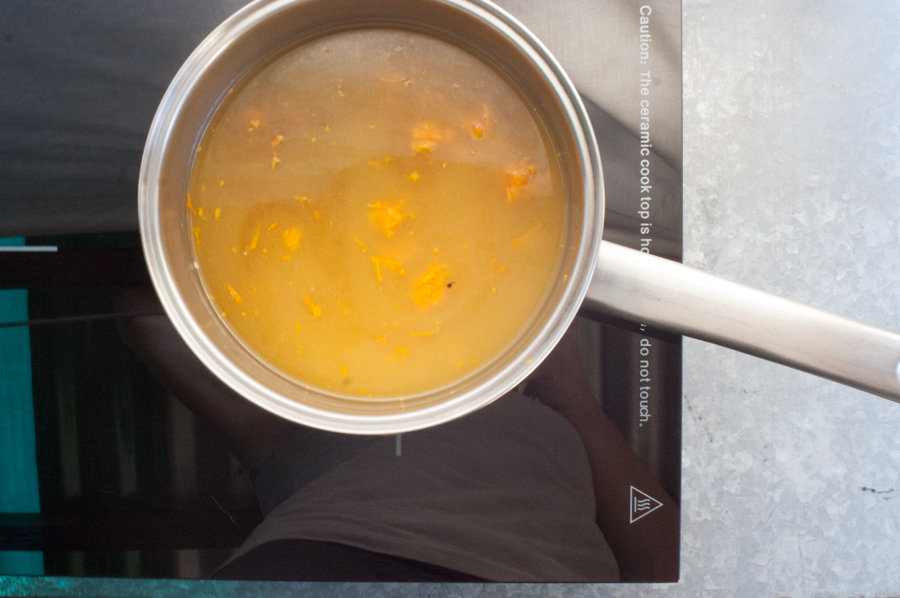 Next add the sugar, orange zest and sherry and place over the heat. Bring to a simmer, lower the heat and let the syrup simmer for 15 – 20 minutes. The longer you simmer the syrup, the thicker it will be once cooled. When the syrup is done, turn off the flame and allow to cool. Once cool, run the syrup through a sieve once more to remove the zest pieces and pour into a nice bottle. 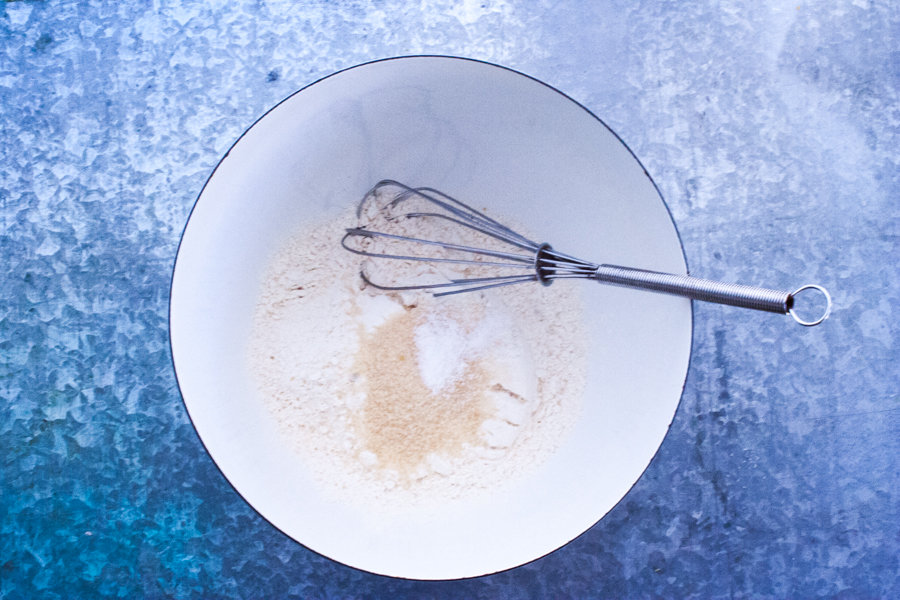 To begin making the waffle batter, combine the flour, sugar, salt, cinnamon and cardamom (all the dry ingredients) into a medium sized mixing bowl and combine with a whisk. 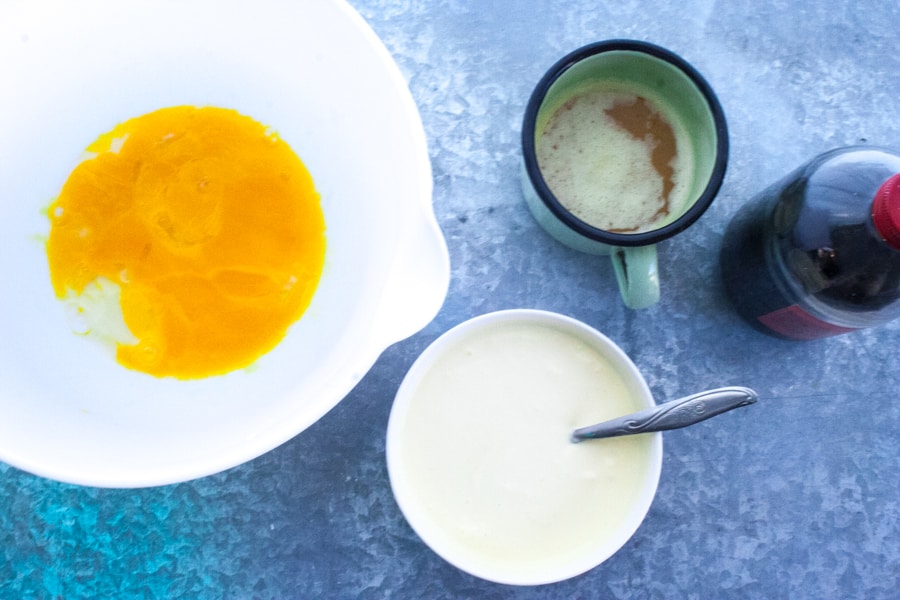 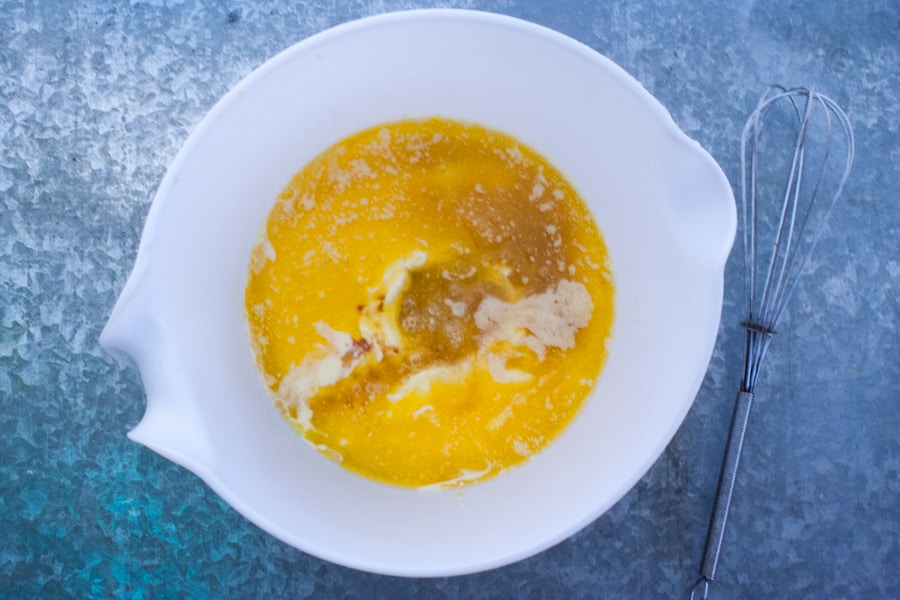 Next up in a second medium sized mixing bowl (preferably one with a pouring or jug style lip) combine the egg yolks, sour cream, melted butter, vanilla essence and ¾ cup of water and whisk until smooth 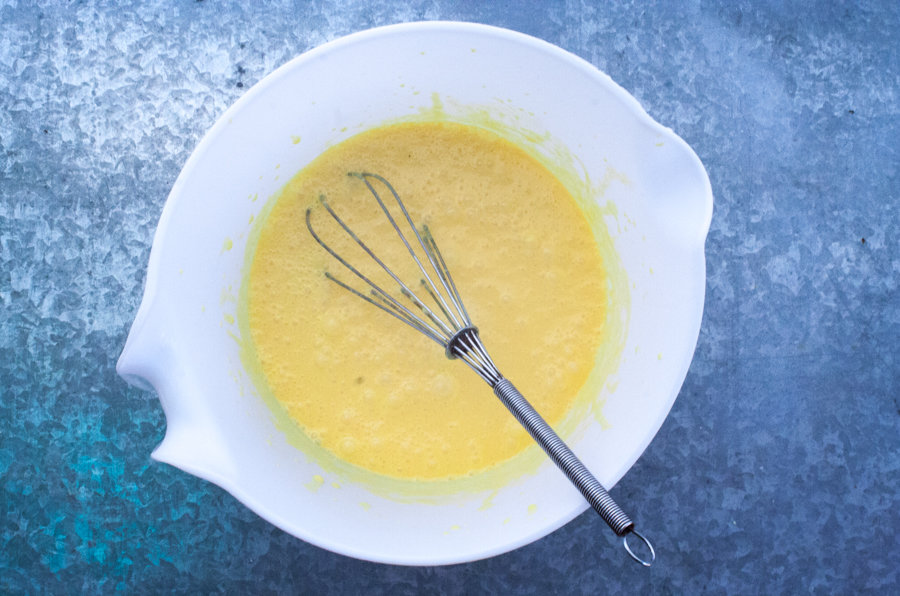 Once the well combined add the dry ingredients and continue whisking until smooth. 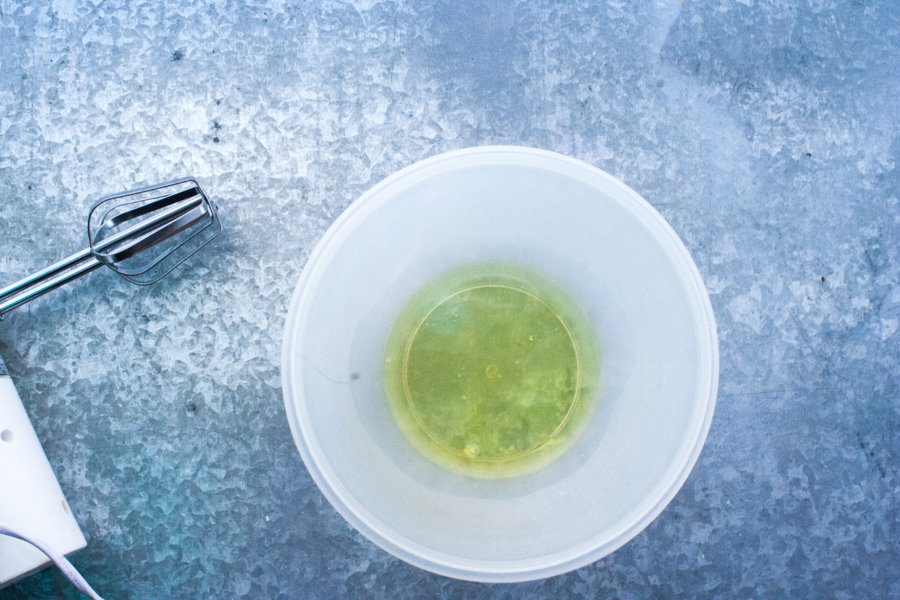 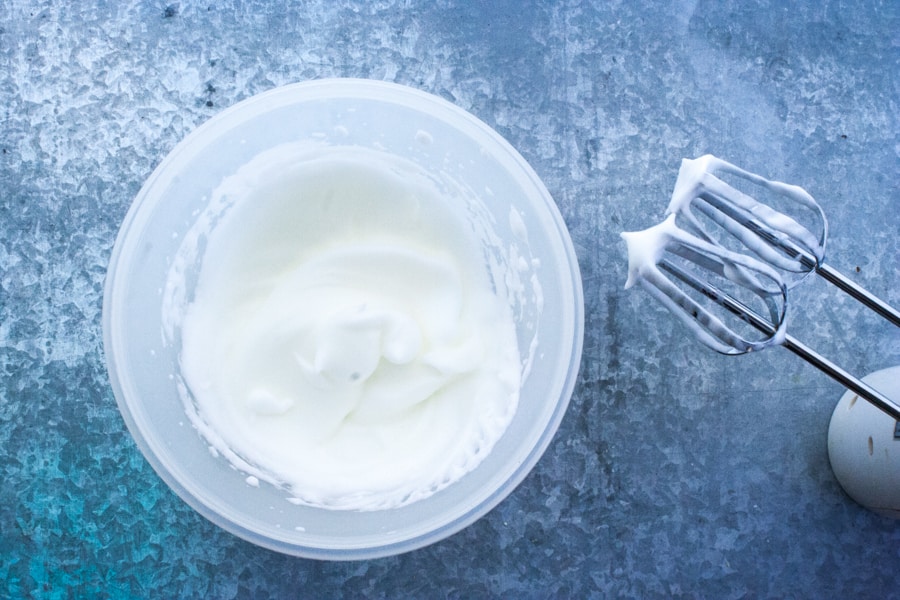 Now beat the egg whites with an electric mixer until they form stiff peaks. 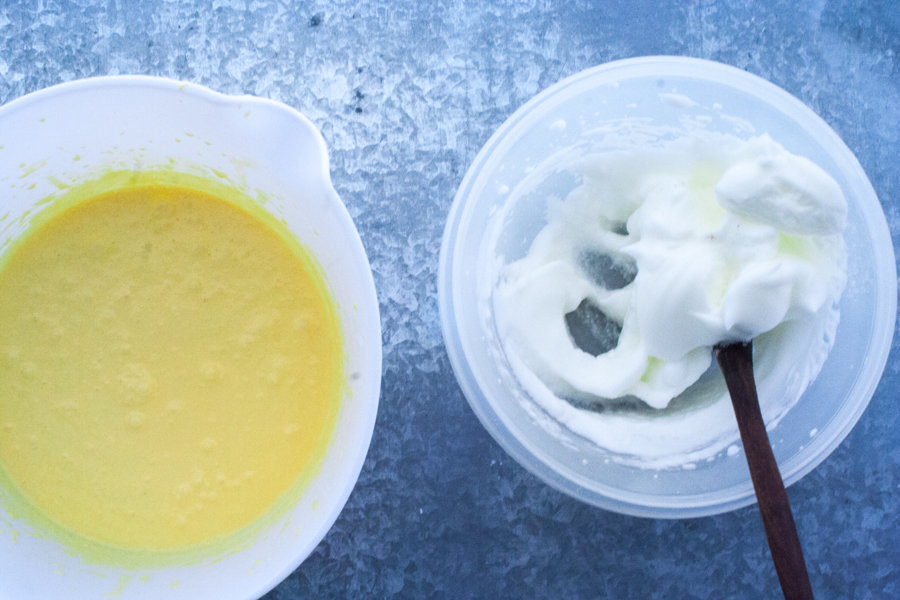 Once the egg yolks are nice and stiff, spoon into the batter bowl and fold gently to combine taking care not to stir vigorously as this will break the air bubbles in the egg whites and take away some of the lightness of the waffles. 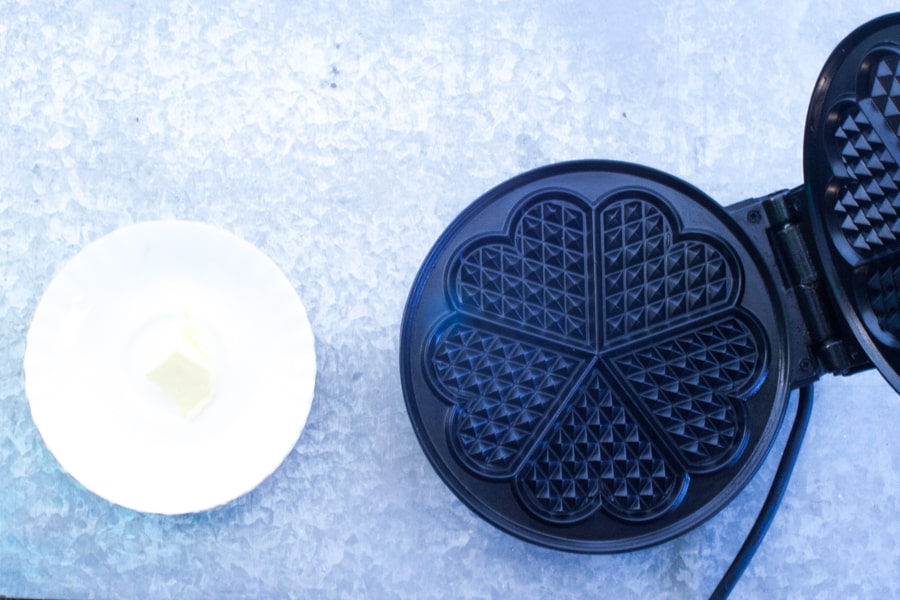 And… the batter is now done and you are ready to rock and roll with your waffles. To begin fire up your Norwegian style waffle pan (or other if you do not have) and spray it with some non-stick cooking spray. If you don’t have cooking spray you can rub a small knob of butter against the waffle iron surfaces. If your batter is in a bowl that does not have a good pouring lip, transfer it into a jug to make pouring easier. Once the waffle iron is up to heat, pour your batter slowly into the waffle form, taking care not to overfill it. Set the lid down and cook for approximately 5 minutes. You can also follow the directions of your waffle maker to ensure the perfect cooking time. 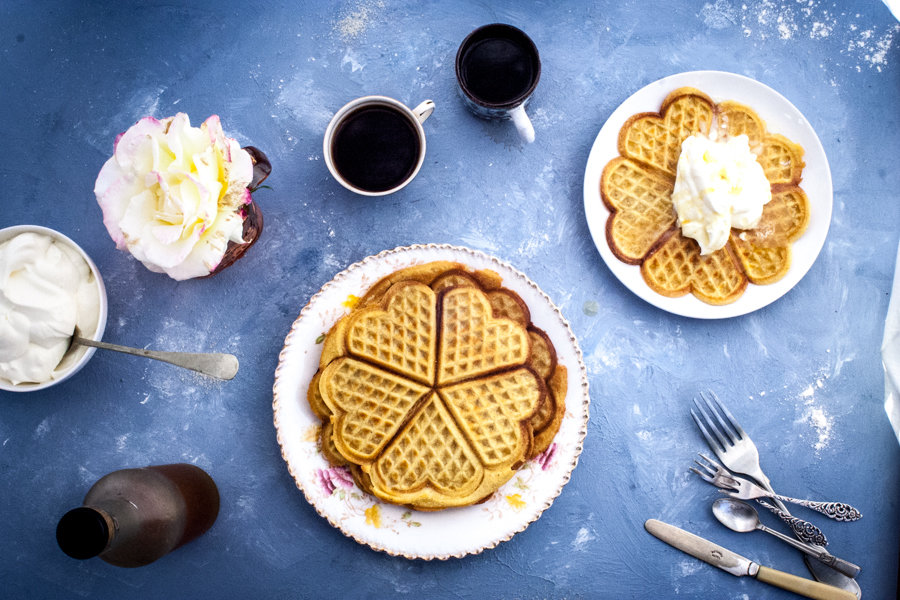 Once all your waffles are cooked it is time to SERVE! Mmhmmm. To do so, serve with a generous amount of orange syrup, a blob of beaten cream and a dusting of cinnamon.

Making Norwegian waffles is as easy as making regular waffles, and once you have whipped up this orange sauce you will see how easy it is too! You are now officially armed with a waffle recipe that is bound to wow and have everybody asking you to make waffles on the daily. 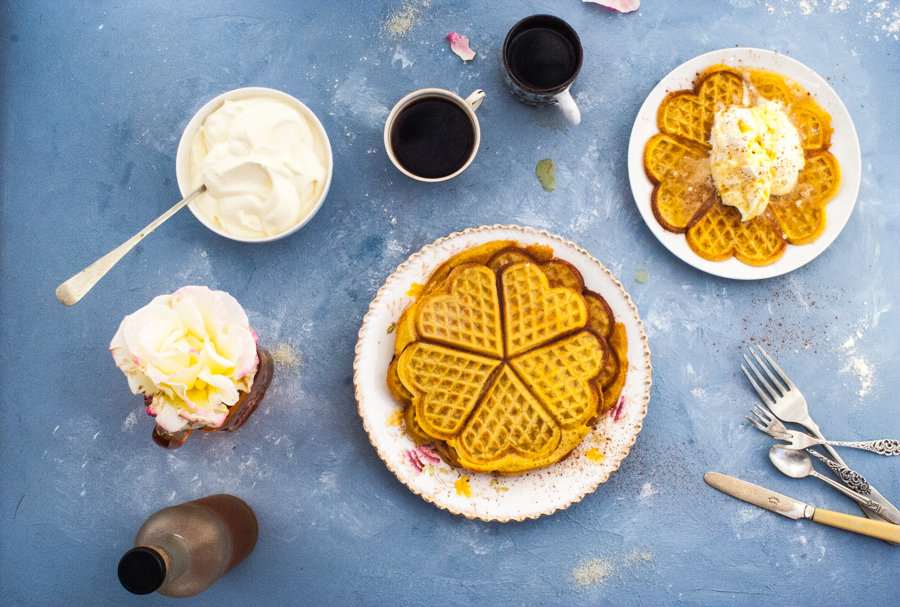 And do you know what the best part about waffles is? They can be eaten any time. Winter, summer, fall – waffles are delicious all year round. They can also be eaten at almost any time of the day, like the Europeans do. In Norway waffles are commonly eaten as breakfast, a snack with coffee, as a light meal, an impromptu baked good with friends, or as dessert.

If you like the idea of serving waffles as a dessert, this is the ideal recipe to do it with. Thinner waffles are better suited to desert, as they are not as heavy and filling as thick waffles. The whipped cream and orange syrup topping is also easily suited to dessert, as both lend a dessert like flavor to the waffles.

Have you ever made Norwegian waffles before, and if so what do you usually top them with? Do you think they would make a great dessert, or would you rather dive into them for breakfast? And did you know that waffles have such a long-standing place in history?

Let us know in the comments!