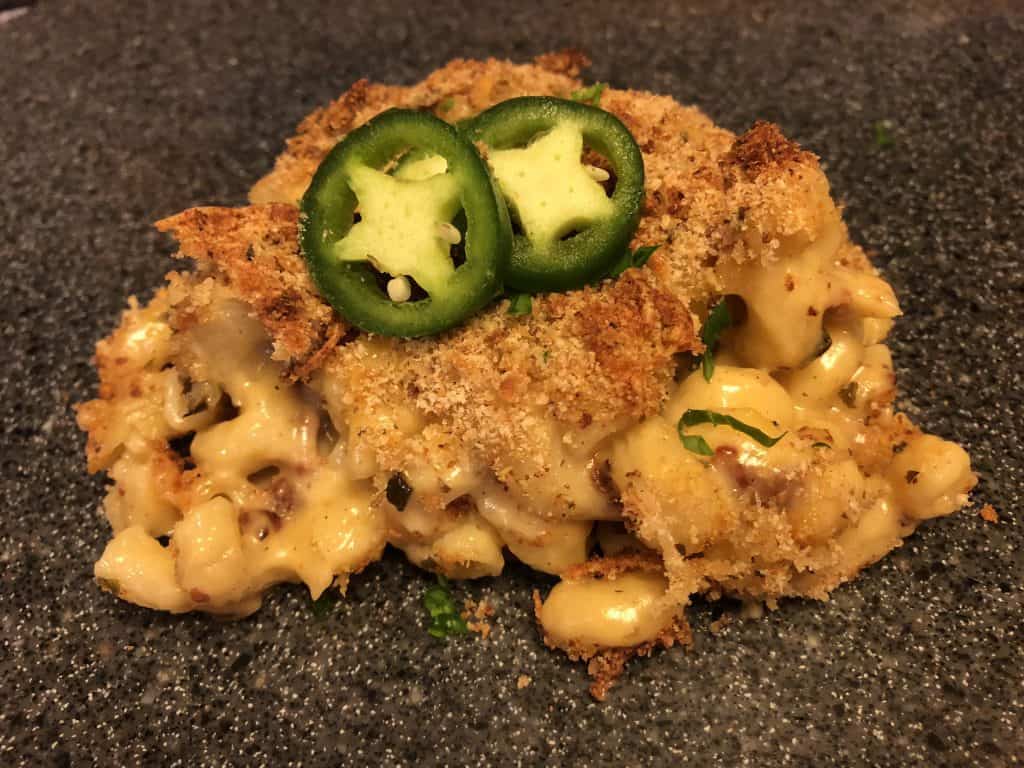 There is nothing that is quite as comforting as a home cooked mac and cheese. This dish is one of the most popular foods in the world, and as simple as it may seem it is in fact quite versatile. While most of us are perfectly fine with our one dollar box of instant mac, there are those who might want to spice things up. So if you are looking to discover the true potential of this seemingly mundane dish, follow this recipe to forever change your outlook on mac and cheese.

We will be taking cavatappi noodles, their thick spiral design allowing for even more cheese coating, and smothering it with a blend of sharp cheddar, gruyère, pepper jack, and swiss cheeses. On top of that we will be adding some smoky bacon and jalapeño peppers to add a whole new level of flavor to this dish. While this certainly is not your typical mac and cheese recipe, its surprisingly simple preparation makes this dish perfect for anyone to try out. 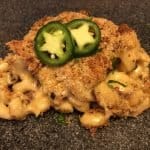 Step One – Slice the Bacon and Jalapeño into Small Pieces 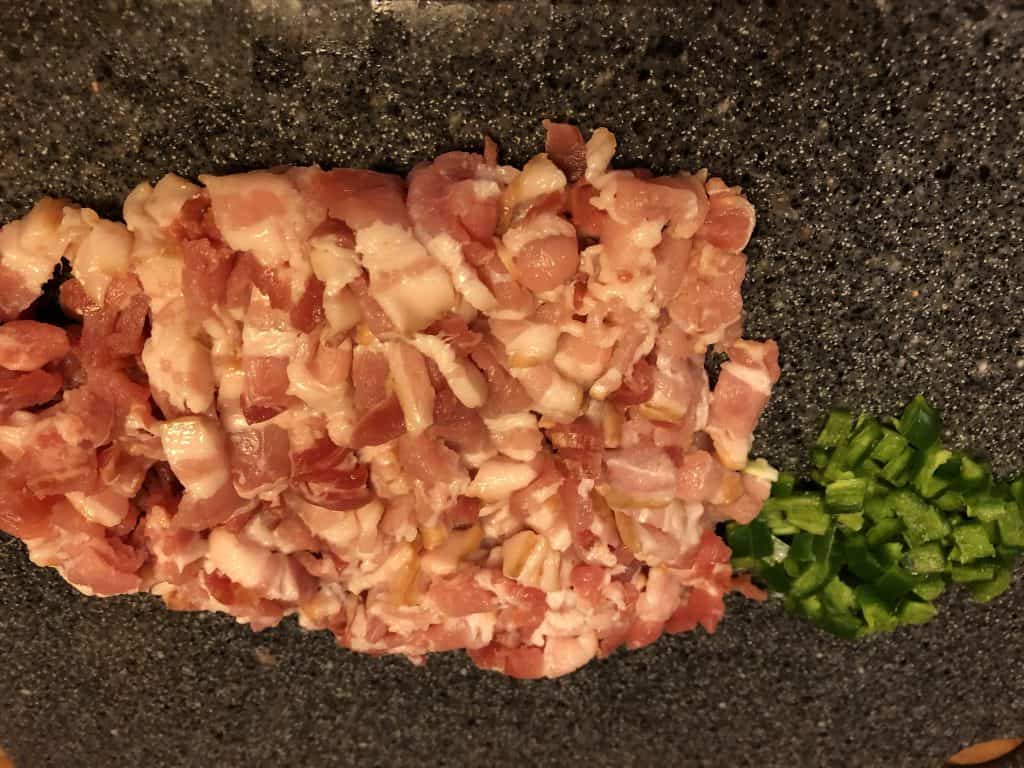 The first step when preparing this recipe is cooking the bacon and jalapeño mixture that gives this mac and cheese its extra kick of flavor and heat. Slice the entire package of bacon into small strips or bite sized pieces and dice the jalapeños. 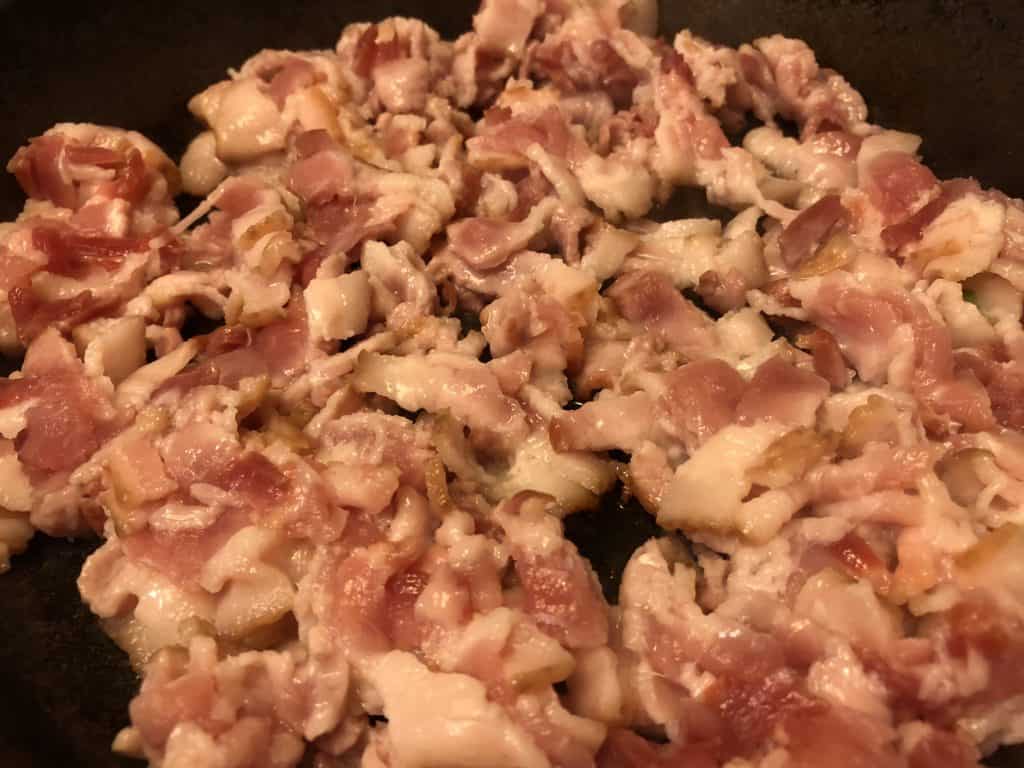 Since the bacon will take a bit longer to cook than the jalapeños, begin by cooking the bacon bits in a cast iron skillet over medium high heat. As the bacon cooks continuously stir it to ensure that each piece gets cooked evenly. Once it is just barely beginning to brown, turn the temperature to medium. 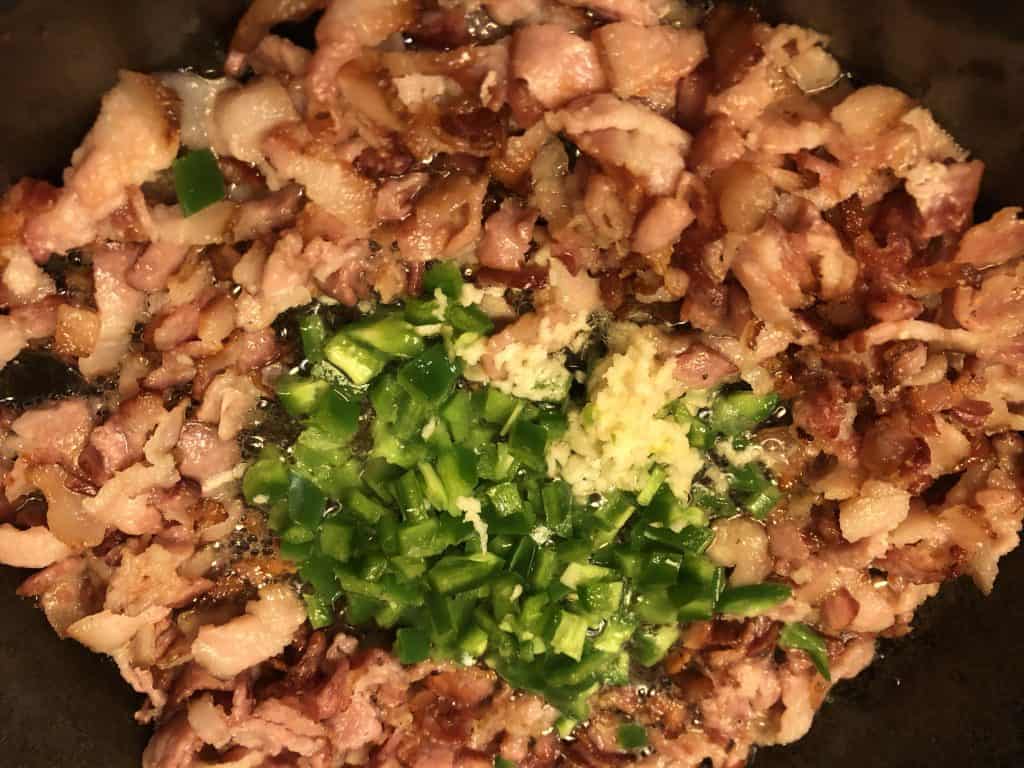 Now that the bacon is mostly cooked we can add the jalapeño and garlic to the pan. After clearing out a section in the middle of the skillet add the peppers and garlic and allow it to fry in the bacon grease for about a minute before mixing everything in the pan together. Continue cooking until the bacon is nicely browned and crispy. 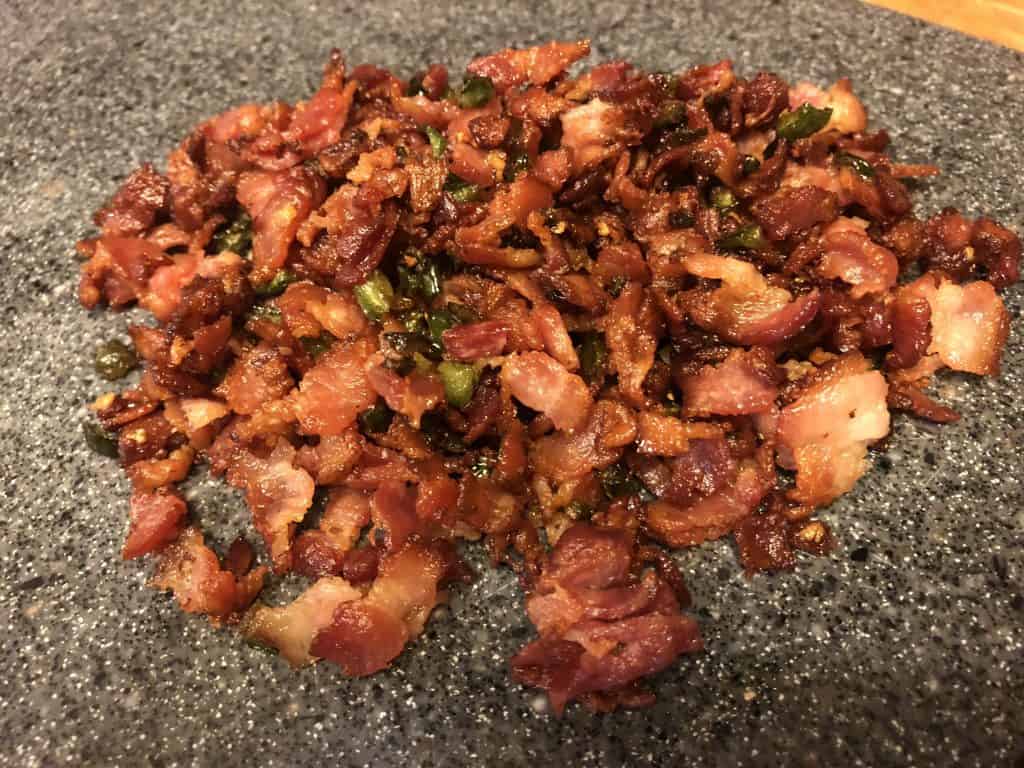 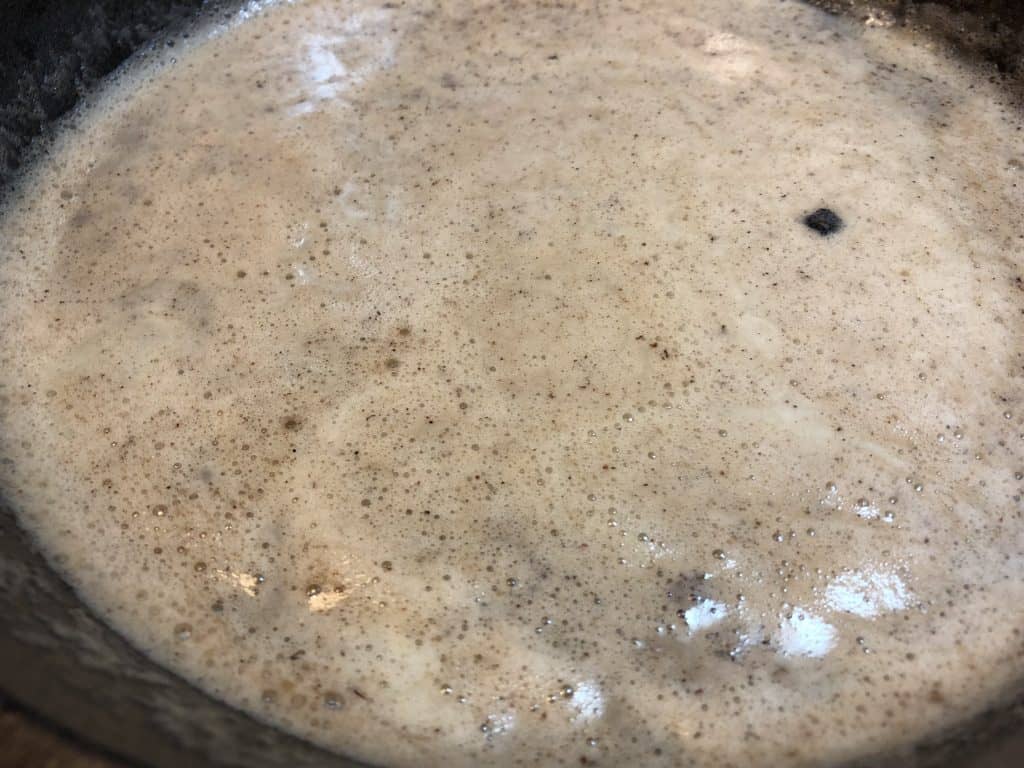 Add the butter to the bacon grease that is in the pan and allow it to melt. Once fully melted we will be stirring in flour until a roux is formed. This roux will give the cheese sauce a thicker consistency that will allow it to stick to the noodles more easily. Continue mixing the flour in until the roux is slightly crumbly but not chunky. 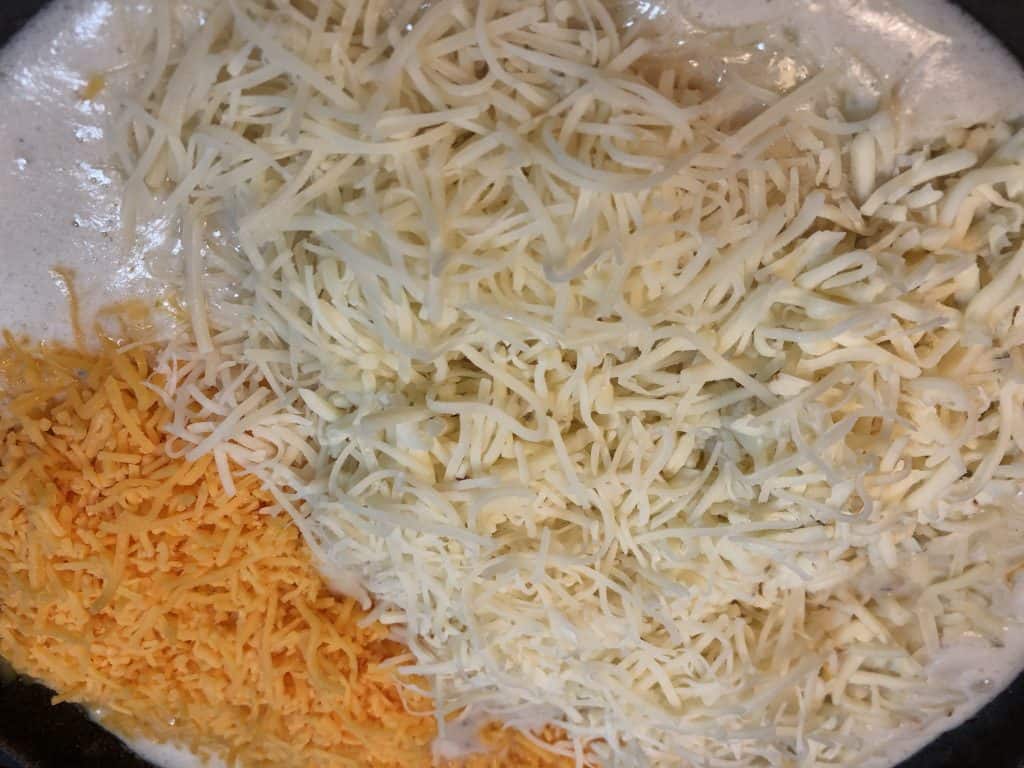 Next we will complete the cheese sauce by adding a little bit of milk at a time to the pan. We do this to ensure that the roux is completely mixed into the milk. Once there are no more chunks add each of the four cheeses to the sauce and allow them to completely melt into the sauce. It is important to stir during this entire process to prevent the milk and cheese from burning.

Cook elbow macaroni or cavatappi noodles in a pot of lightly salted boiling water. Drain the noodles. You can really use any type of noodle that you like here, anything that is smaller and bite sized should work perfectly fine.

Step Eight – Thoroughly Mix the Cheese Sauce with the Noodles Move the cooked noodles to a large bowl and cover them completely with the creamy cheese sauce. Thoroughly mix the noodles until each piece is evenly coated with cheese. At this point you can taste the mac and cheese to add any extra salt and pepper that may be necessary. 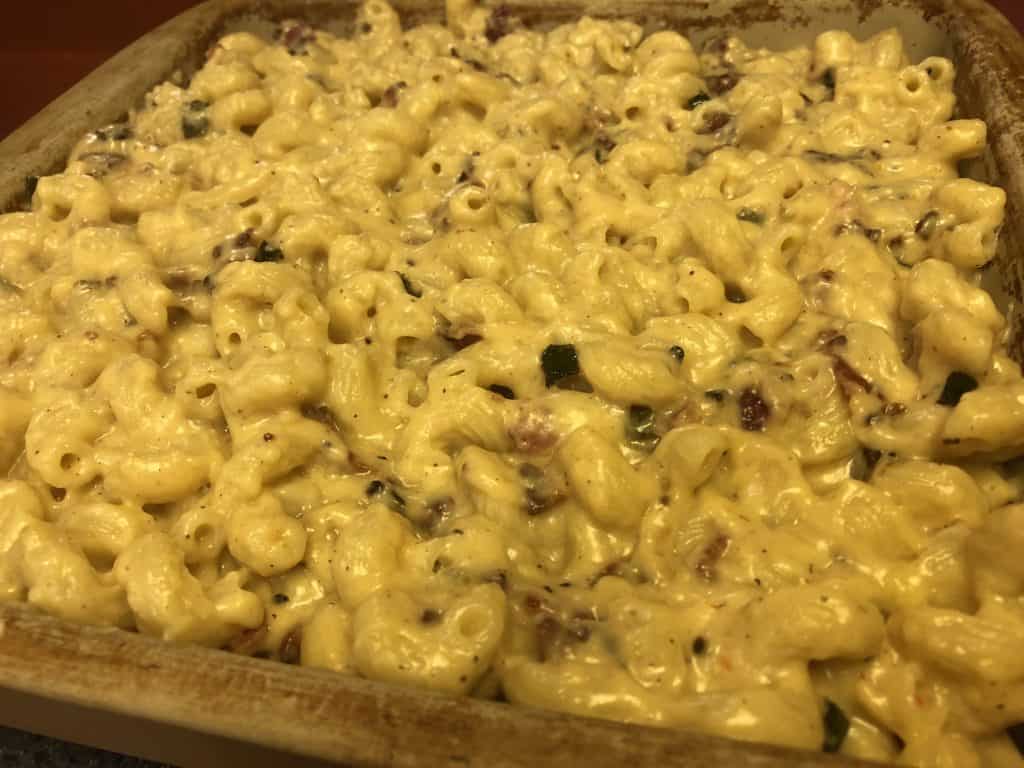 Now that the cheese mixture has been completely incorporated into the noodles, it is time to return the bacon and jalapeños. Make sure to evenly spread the mixture out and then fill a baking pan with the mac and cheese. Try to choose a dish that is large enough to leave a small amount of space at the top so that it doesn’t overflow.

Step Ten – Top with Bread Crumbs and Bake in the Oven 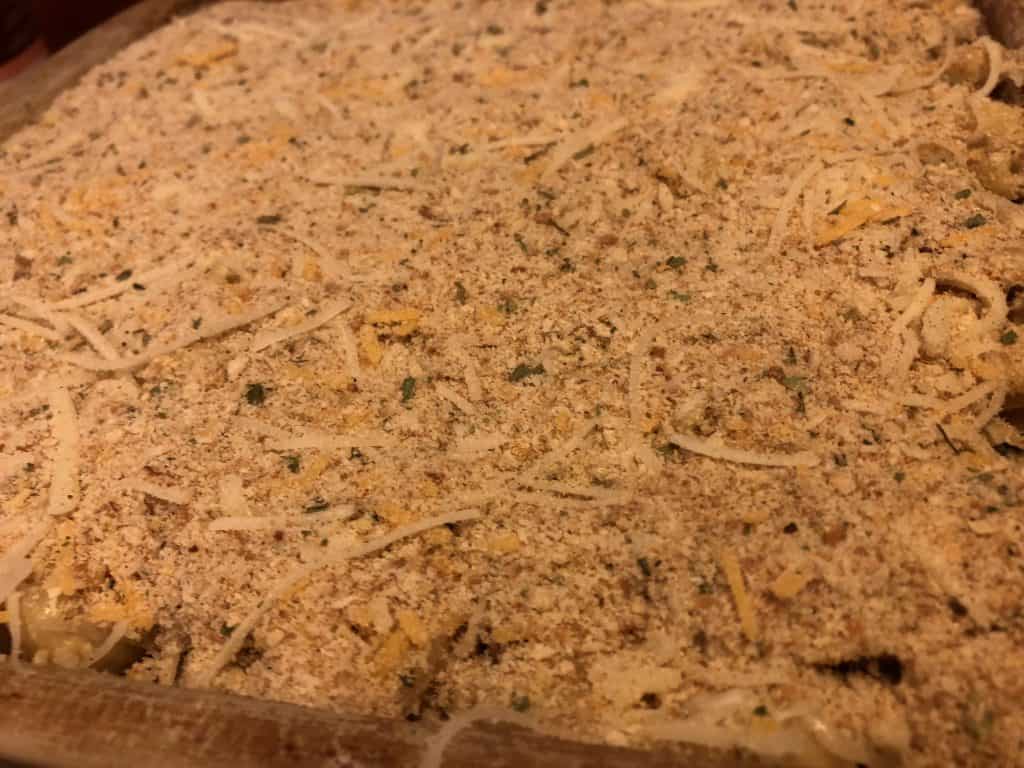 Finishing off this dish is very simple, just top it all off with bread crumbs and some extra cheese if you would like. Then bake it in an oven heated to 350°F for up to 30 minutes, or until the bread crumbs have turned brown and crispy. This recipe goes perfectly with some freshly chopped parsley and additional fresh jalapeños on top. 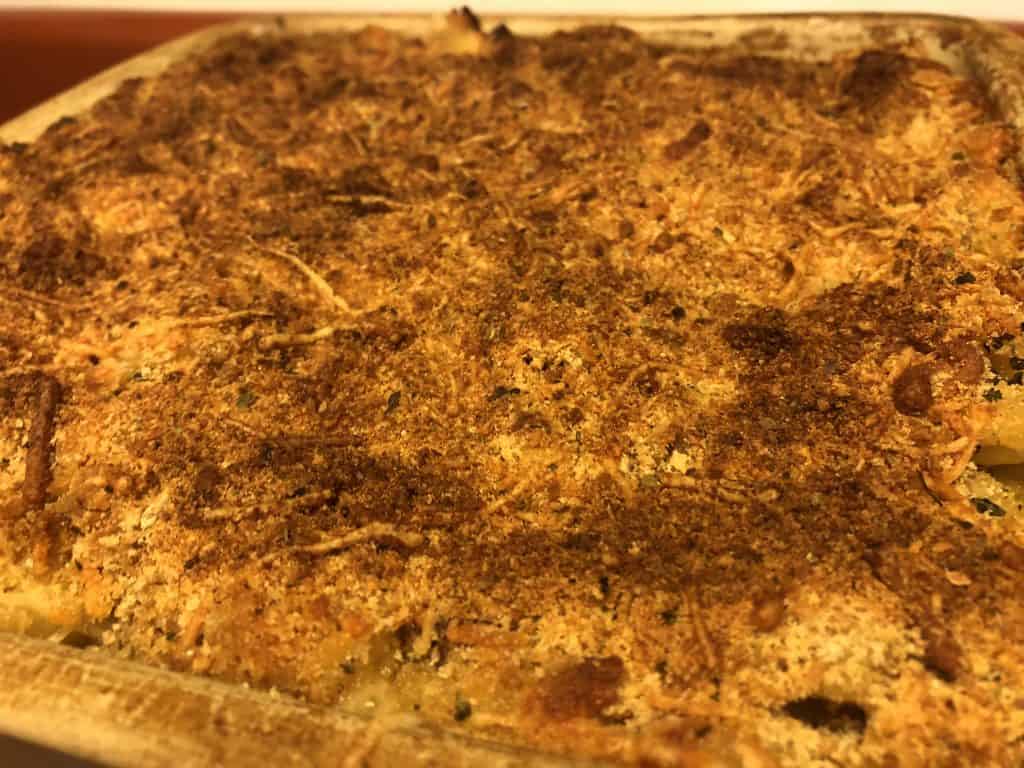 For anyone who has given up on mac and cheese after spending your entire life eating it out of a box, you simply must try this recipe out. With its four cheese blend and bacon jalapeño mix, the depth of flavors found within this dish create a complex yet comforting taste. Feel free to test the versatility of this recipe, perhaps trying some of your favorite cheeses or adding cauliflower to make it vegetarian friendly. The possibilities are truly endless. So go ahead and try this simple recipe out, just make sure that you save room for seconds!