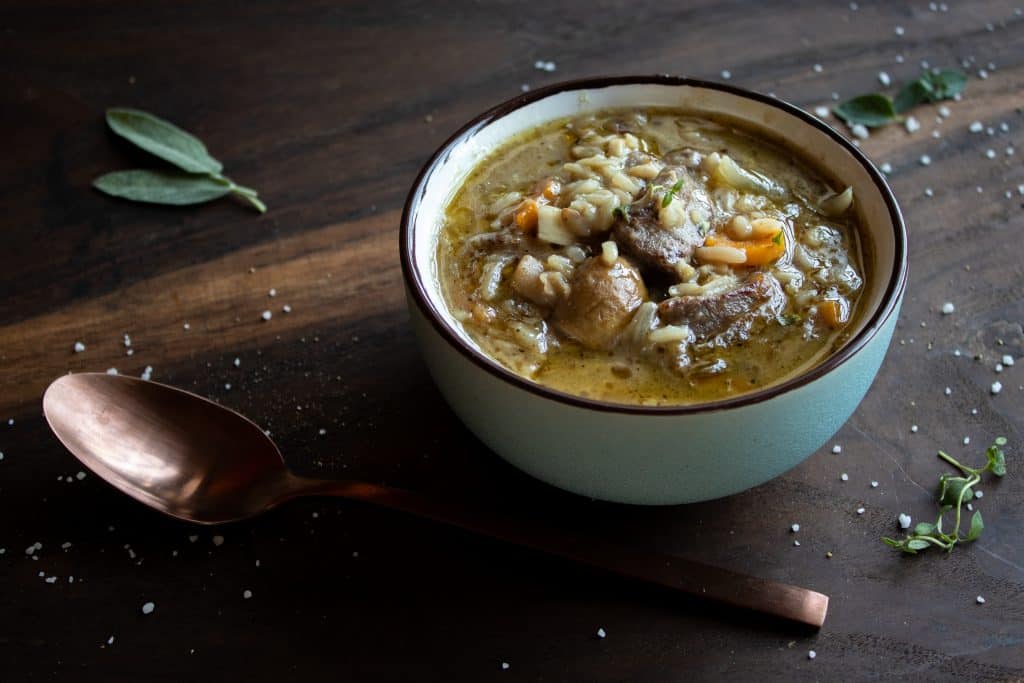 When autumn sweeps in with her bright warm colors and crisp air, it’s time to pull out the comfort food! Food that begins as a taste of contentment, soon spreading through your body as it fills the belly with a soft glow that just makes you feel good. I don’t know about you, but I wait all year for that first bite, and one of my most cherished vessels for such a bite is in the form of beef stew.

Stew, by itself, is a basic recipe that can be mastered by everyone. It doesn’t take much in the way of knife skills usually, and cooking it can be a breeze.

That is unless you want to really make that stew more than just stew. I’m talking about flavor development, and that can be done even if you’re using a slow cooker as your prime cooking tool, as is done in this recipe.

To develop the flavor in this stew there is no caramelizing of vegetables. Instead, there is flouring and browning of beef and mushrooms to pull their savory and earthy flavors to the forefront, rather than sweetness from the root vegetables.  The subtle sweetness comes with a bit of bitter when a beer is used to deglaze the pan that those beef and mushrooms were browned in, scraping all the crispy caramelized bits from the bottom and adding it to the stew. Oh, and that flour? It helps thicken the stew as it cooks low and slow for hours.

Wild rice isn’t typical in most stews, so adding it to this stew in lieu of potatoes, is a way to add a delicious texture as well as extra flavor from toasting the wild rice in a bit of butter before tossing it in with that beef, mushrooms, and chopped vegetables.

Is your stomach growling yet? Then let’s get started! 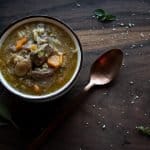 If you happen to have herbs de Provence in your pantry, use a tablespoon of that for the flour seasoning.

Not enough time to do the prep work before adding to the slow cooker? No problem! Follow the below steps 1-8 the night before then allow them to cool before putting them in the refrigerator in separate containers (vegetables in one, browned meat in another, mushrooms in another, rice in another). In the morning toss them all into the slow cooker, add herbs, water and the rest of the beer and turn it on.

On a clean cutting board, lay out the beef and cut it into 1- 1 ½ inch cubes, going against the grain as you cut. 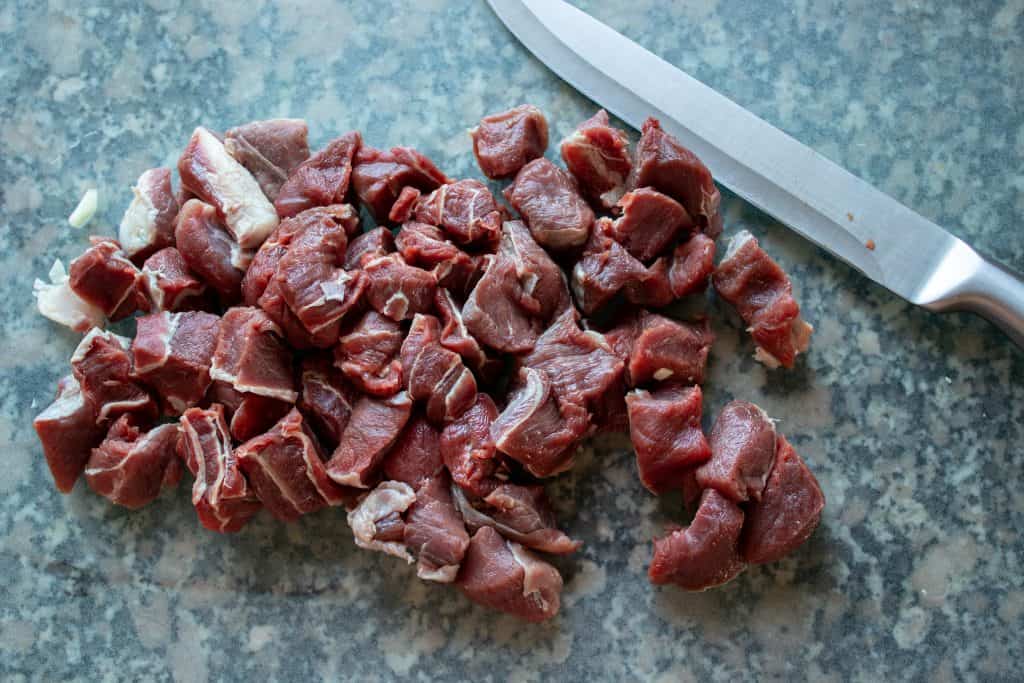 Cut the mushrooms into quarters or smaller. They should be about the same size as the beef cubes. 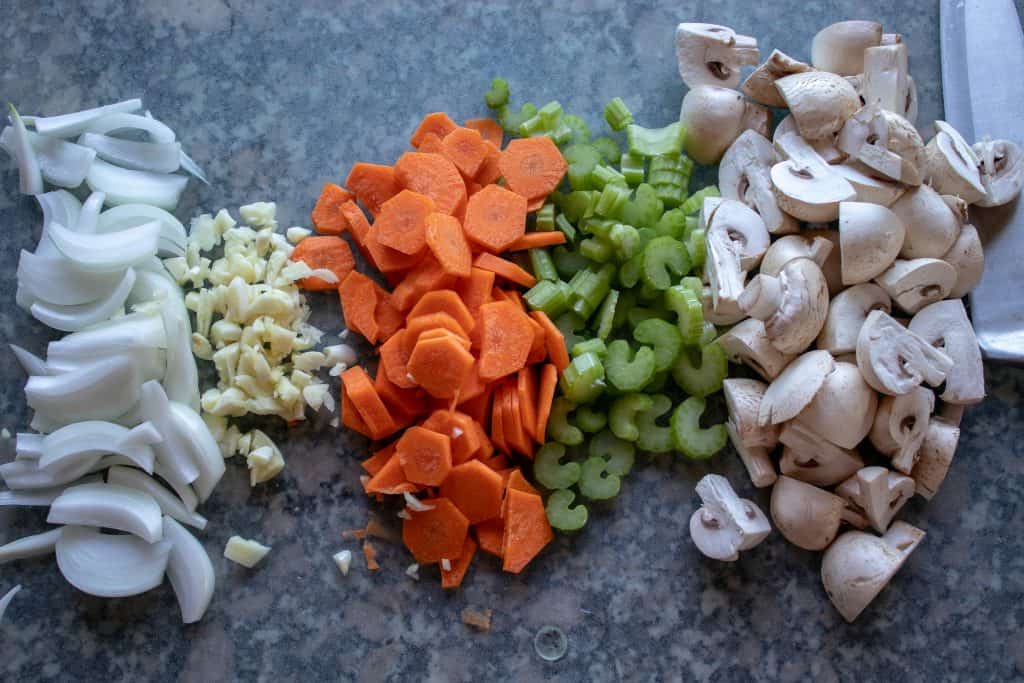 Using a sealable plastic bag, pour the flour and dried herbs and black pepper into it. Seal the bag and shake it well to mix the seasoning into the flour. 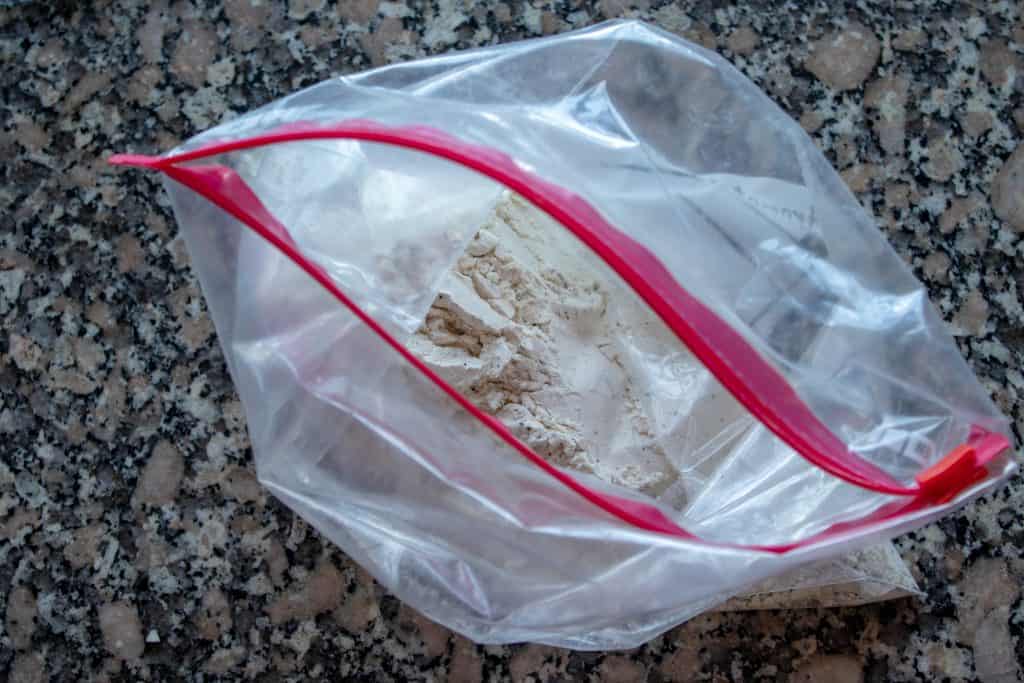 Open the bag and add all of the cut beef cubes to the bag. Seal the bag and shake well to coat the meat on all sides. Remove the meat from the bag, shaking off any excess flour back into the bag, and place it in a bowl. 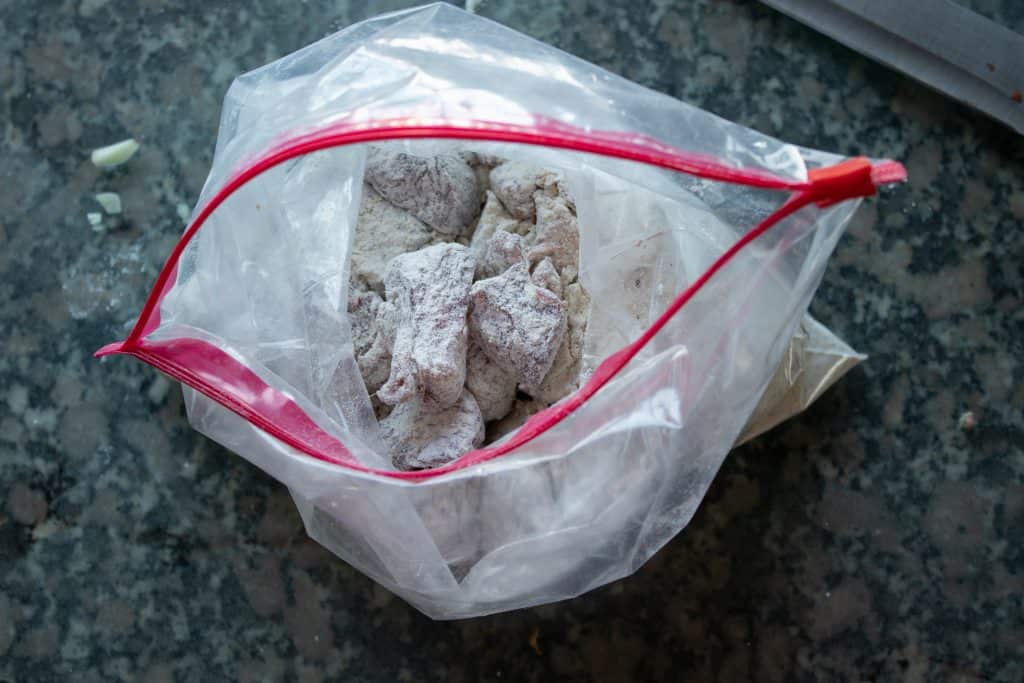 Heat half of the olive oil in a skillet or other pan over medium-high heat. Add the beef, in a single layer, to the pan and let it brown, making certain to turn it so that all sides get browned. Transfer the cooked meat back to the bowl and set aside. 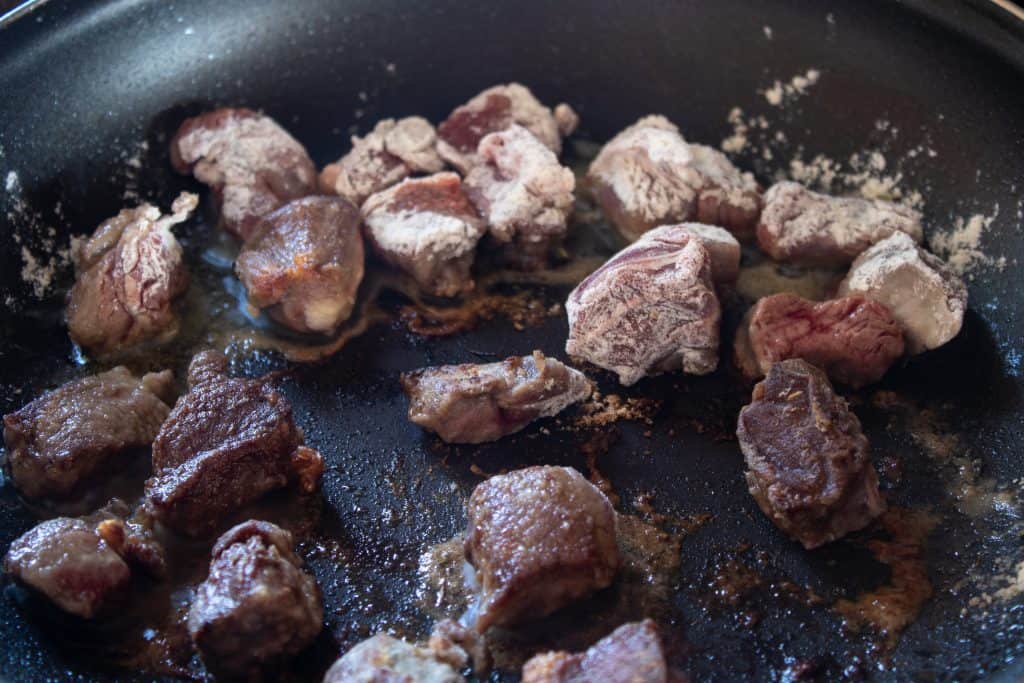 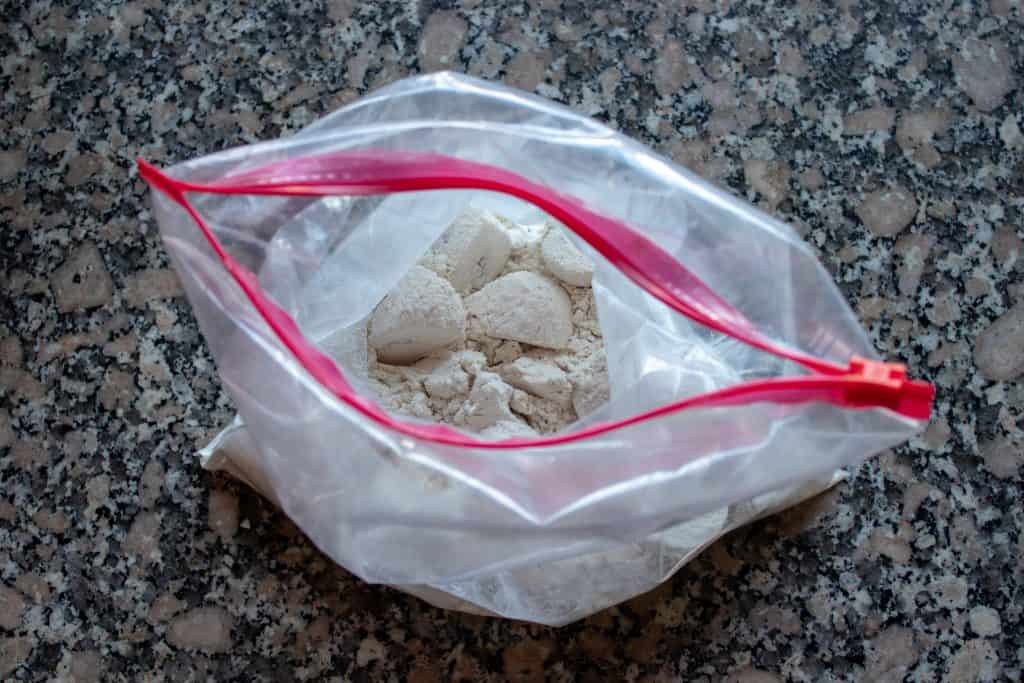 When the mushrooms have browned slightly, pour a bit of beer into the pan and scrape any crispy bits off the bottom with a spatula. The beer should thicken as it pulls the bits from the bottom of the pan because of the flour.  Transfer the cooked mushrooms and thickened sauce to the bowl with the beef. 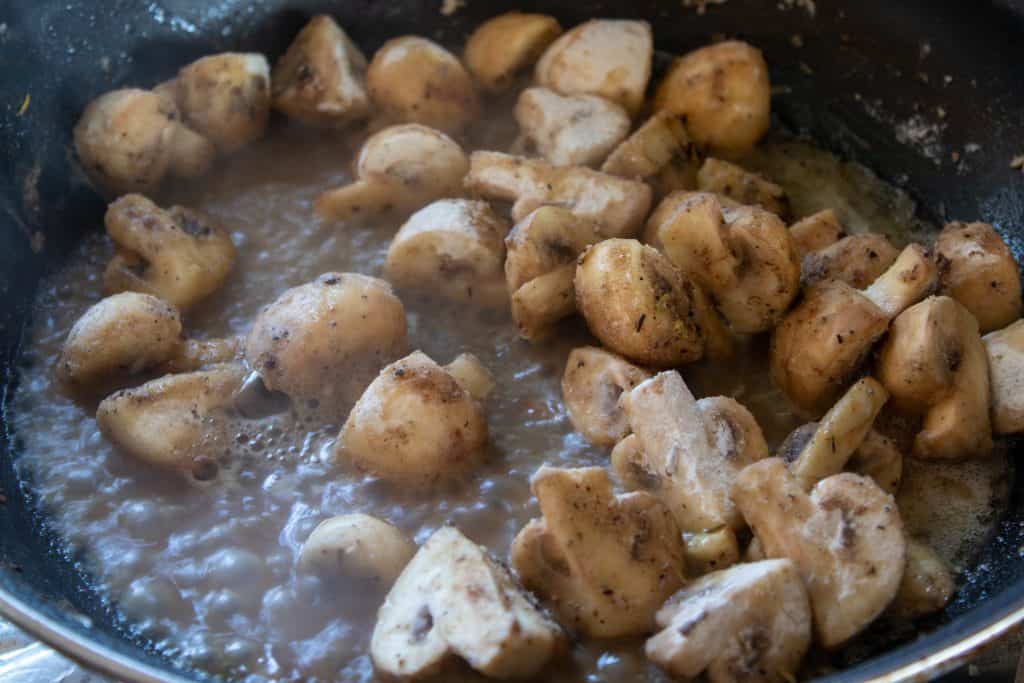 Put the butter into a medium sized saucepan and melt it over medium-low heat. After the butter has melted, add the wild rice to the pan and stir to coat it in the butter. Continue to cook the rice, stirring frequently so it doesn’t stick and burn. Once the rice has become lightly toasted, browned, and smells a bit “nutty”, turn off the heat. 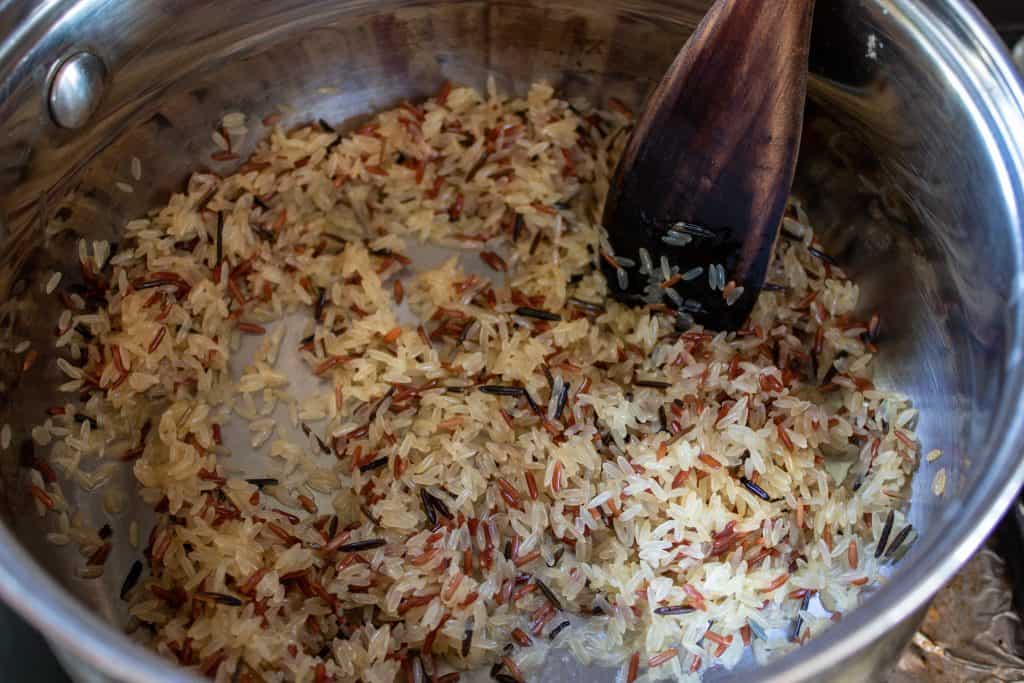 STEP EIGHT – ADD EVERYTHING TO THE SLOW COOKER

Put the browned beef and mushrooms into the slow cooker. Add the prepared vegetables and the toasted rice. Next, add the fresh herbs; rosemary, oregano, sage. Lastly sprinkle in a pinch of salt and the bay leaves into the pot. 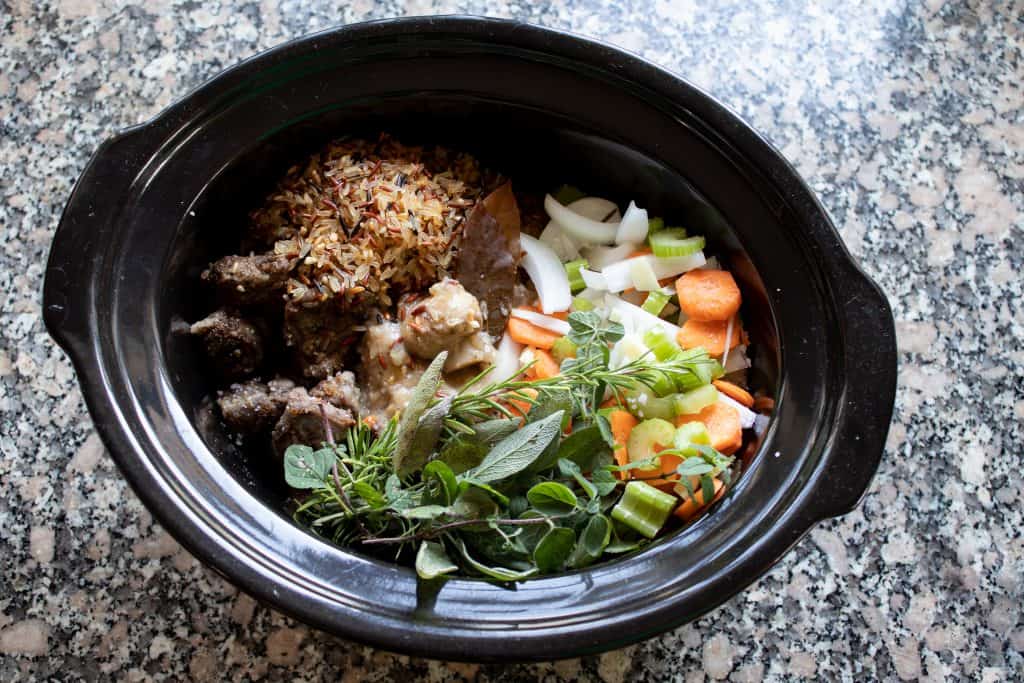 Pour in the rest of the beer and fill with water. 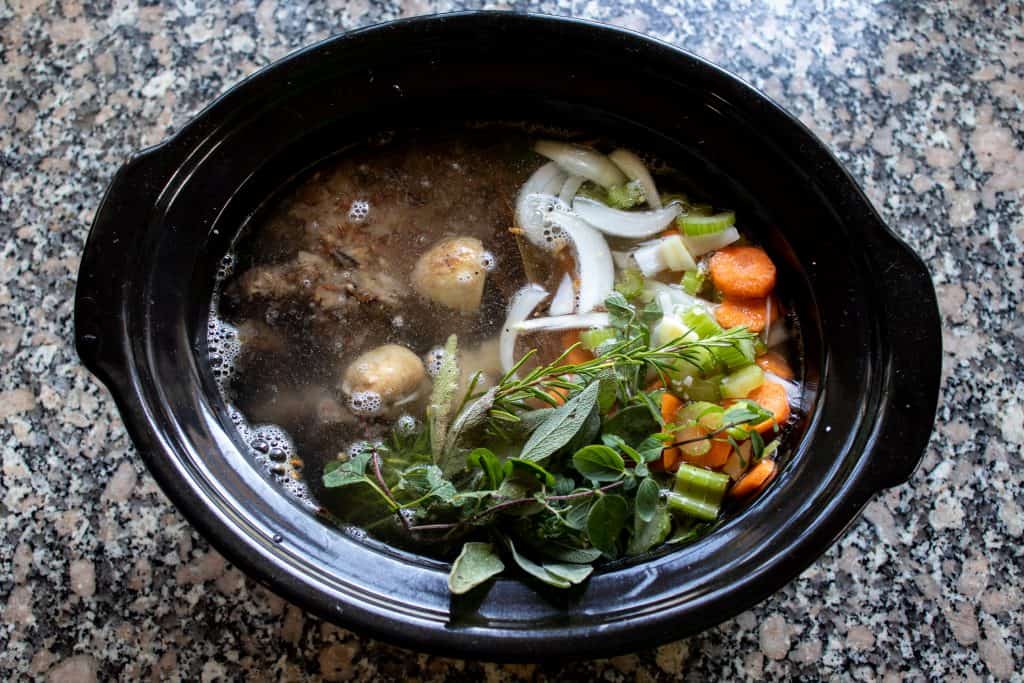 Cover the slow cooker with the lid and turn it on high to cook 5-6 hours and on low to cook 8-9 hours.

Taste the stew before serving and add salt as needed. 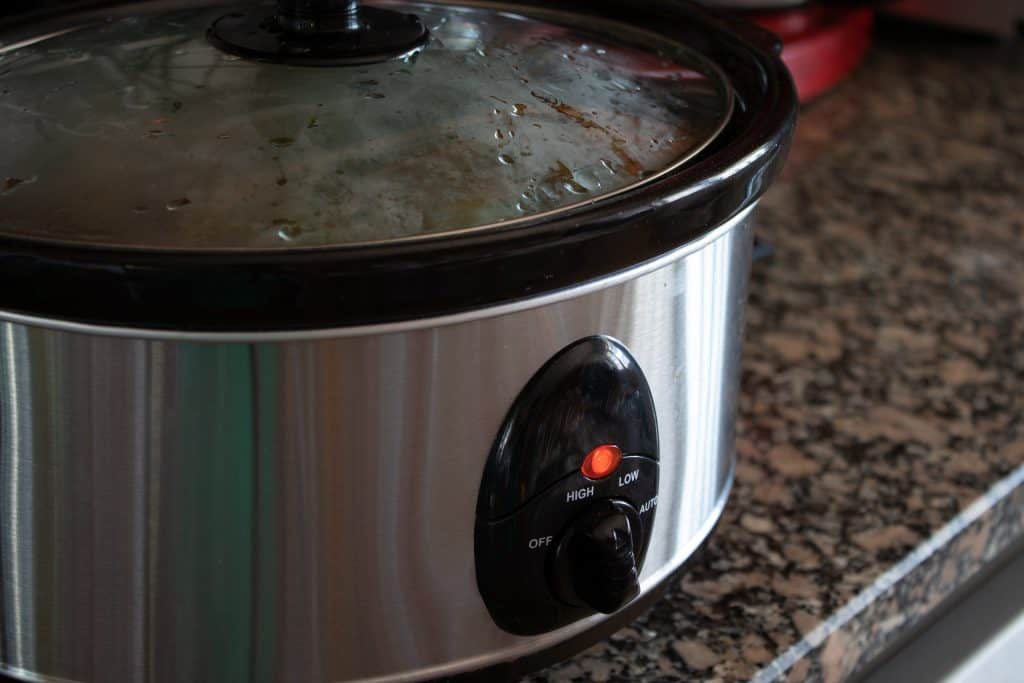 Open the slow cooker, stir and taste the stew. Season with salt if needed and serve hot. 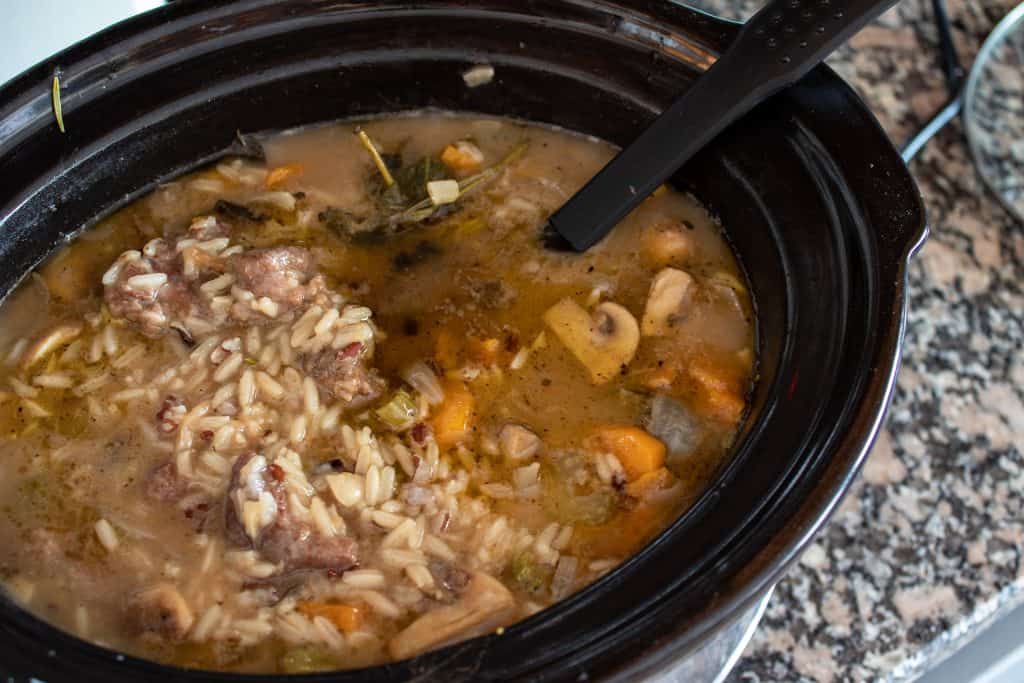 Serving up a bowl full of this stew after smelling it cooking all day lets you reap the rewards of a few extra steps. Steps that can be used in any stew all autumn and winter long no matter the protein used or if opting for a vegetarian version! 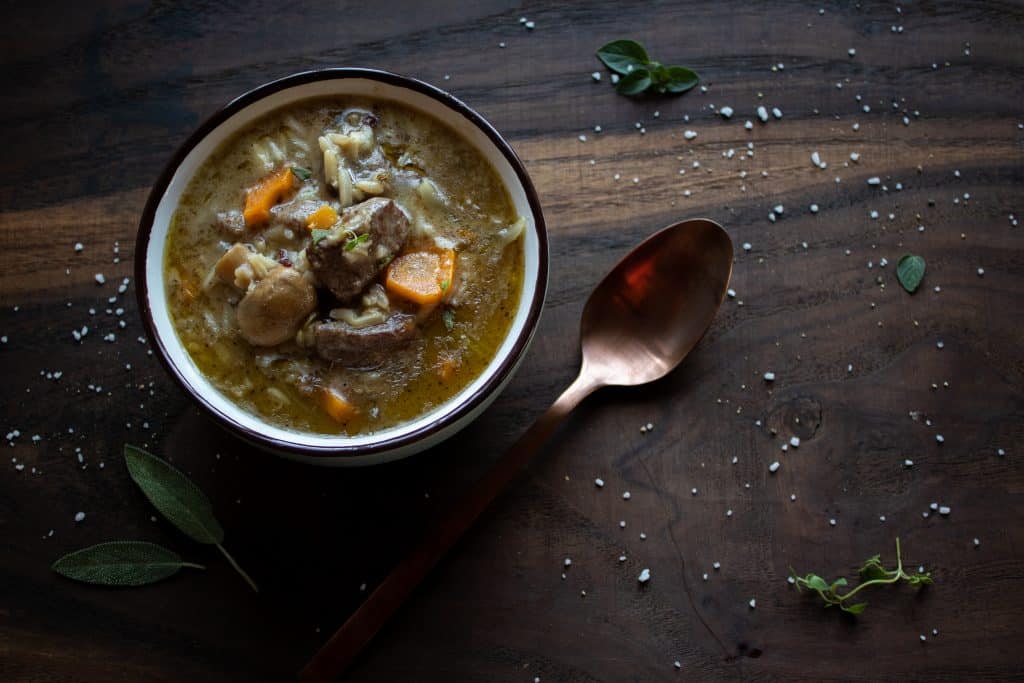