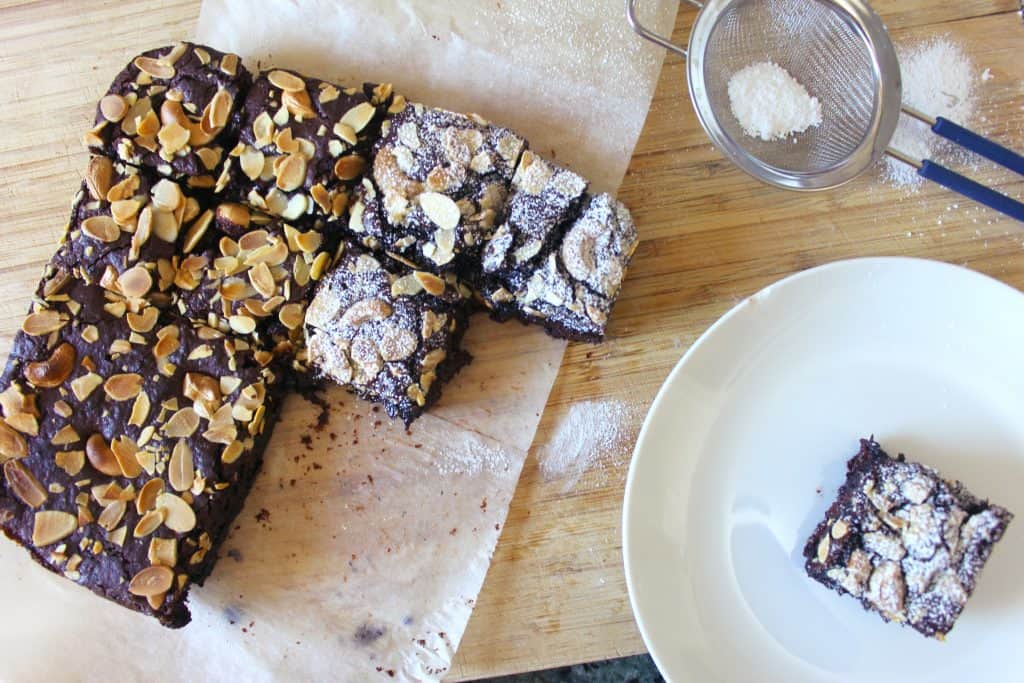 Whether you prefer them cakey, fudgy or just straight up gooey because you’re just too impatient to let them fully bake, brownies are a classic treat. To be honest, whichever way you bake them, it’s hard to go wrong unless you burn them to a crisp! However, if you’re health conscious, celiac, or vegan, the wheat, eggs, and butter in traditional brownies may be a big turn off. The good news is you don’t have to miss out! I tend to turn towards gram flour (chickpea flour) whenever I bake. I don’t have celiac disease, but unfortunately, I am extremely intolerant. Chickpea flour is also used to simulate the texture of eggs as well, so it replaces the wheat flour as well as the eggs. On top of that, chickpea flour is actually incredibly underrated. Not only is it nutrient-dense and packed with fiber, the unique density and texture of chickpea flour hold up really well, making it a great binder, which is one of the biggest struggles when it comes to baking gluten-free. You’ll also be glad to know that chickpea flour contains fewer calories than wheat flour, making it a perfect gluten-free substitute when baking indulgent treats like brownies.

Before actually baking and following any brownie recipe, it’s important to first decide whether you want a cakey brownie or a fudgy brownie. Knowing what outcome you want beforehand will make searching for recipes easier, and it will also make it easier to “customize” and tweak any recipe to suit your own personal preferences. There are hundreds of brownie recipes out there, but the real secret to a successful brownie lies in the small details that most people easily overlook. If you want a more cakey brownie, you’ll want to cut the amount of oil (or butter) in half, but if you want a more fudgy brownie, you’ll need more oil. I also strongly recommend using baking paper, because it makes it so much easier to remove the brownie from the baking dish, and it’s a lot easier to cut them into even pieces. 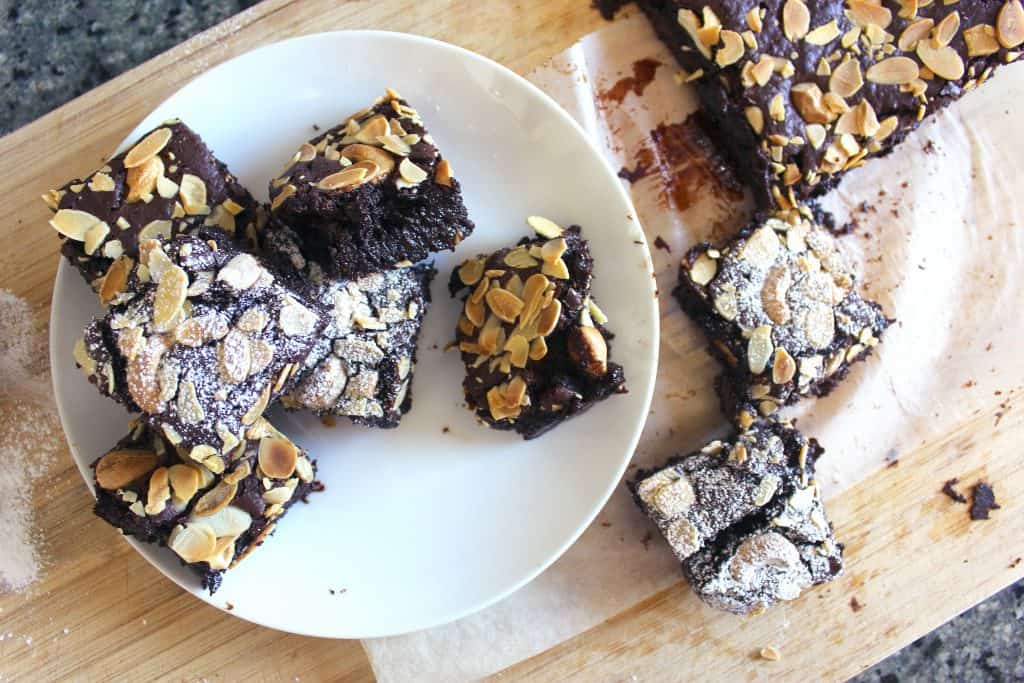 Although I personally prefer having my brownies with a nice glass of dairy-free milk, if you’re serving them for a special occasion, try serving the brownies a la mode with a scoop of vanilla ice cream, or dust them with powdered sugar for that aesthetic touch. In my recipe, I topped my brownie with cashews and almond flakes before putting it in the oven, because that’s what I had in my pantry.

This is such a fun recipe to make as an activity with kids, aside from melting the dark chocolate, it’s just a matter of mixing up all the ingredients. Since this recipe doesn’t call for raw eggs, it’s completely safe (and recommended) to have multiple tastes of the brownie batter! 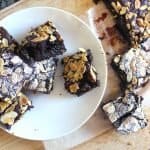 While waiting for the water to boil, cut the dark chocolate into small pieces. This will ensure they melt evenly in less time. Set aside a cup of the cut chocolate pieces, and place the rest into a mixing bowl. 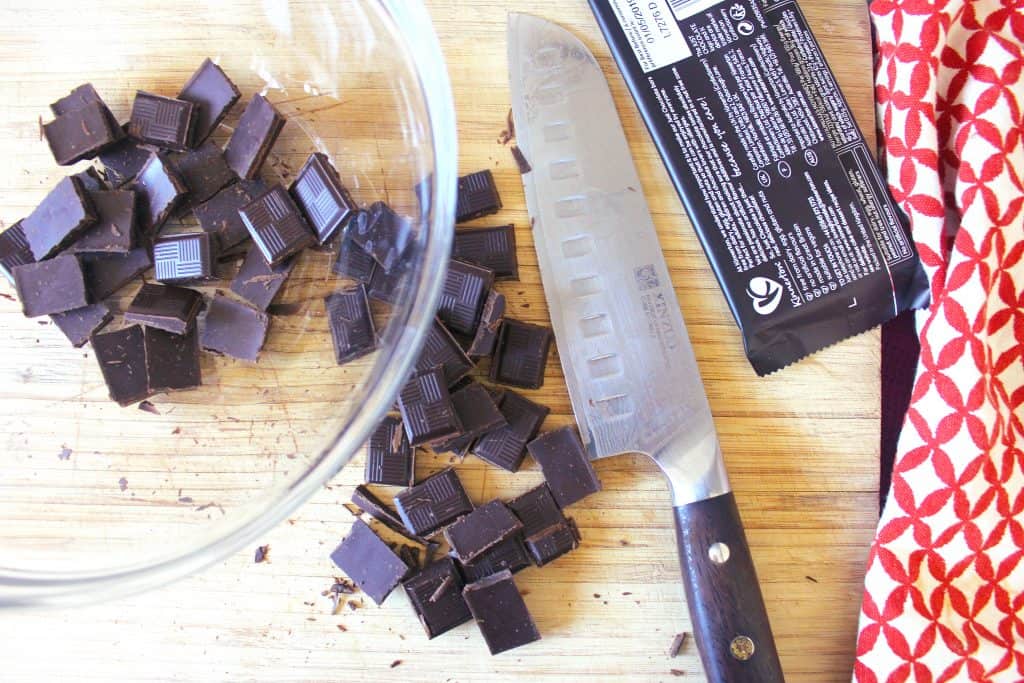 Place the bowl on top of the pot for 3-5 minutes until the chocolate pieces have completely melted. Make sure to stir occasionally with a silicone spatula. 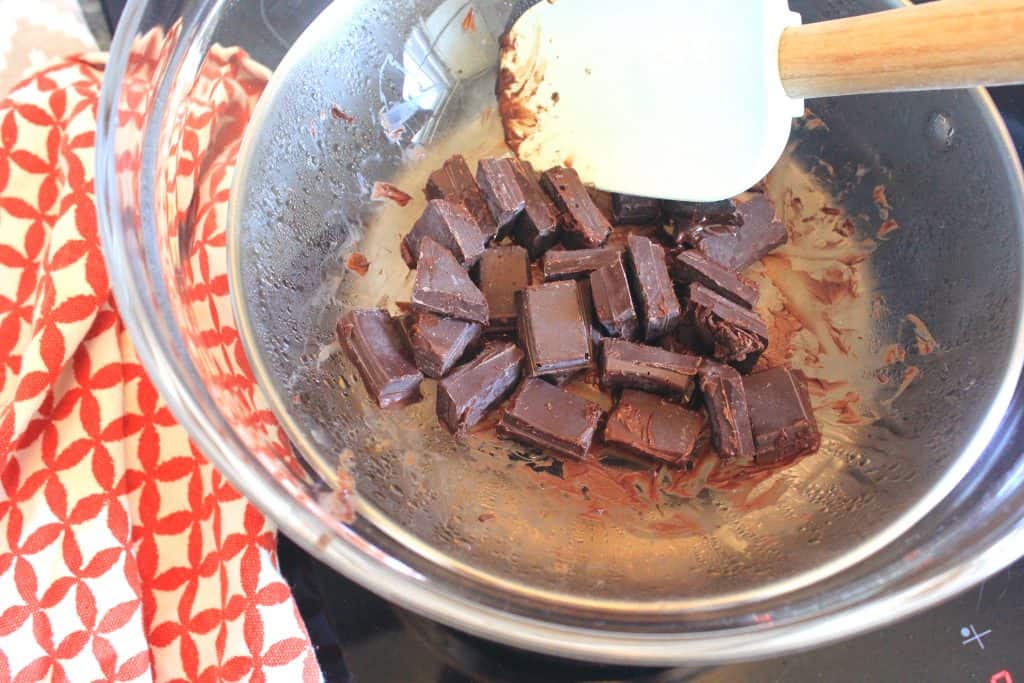 Remove the melted chocolate from the pot and let cool for 3 minutes, before mixing in the remaining ingredients. 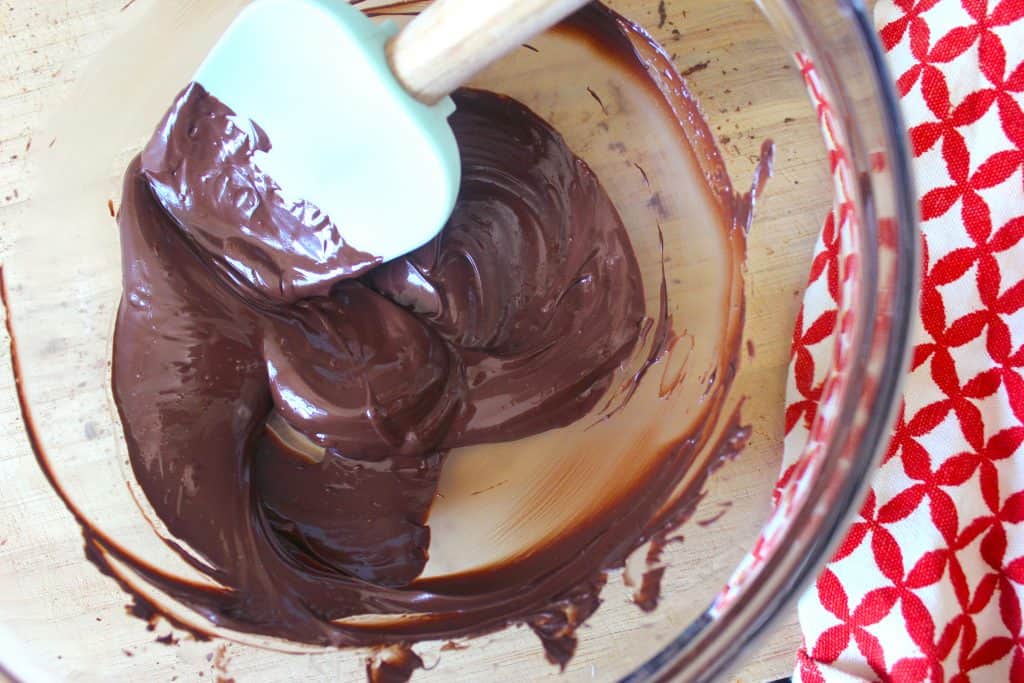 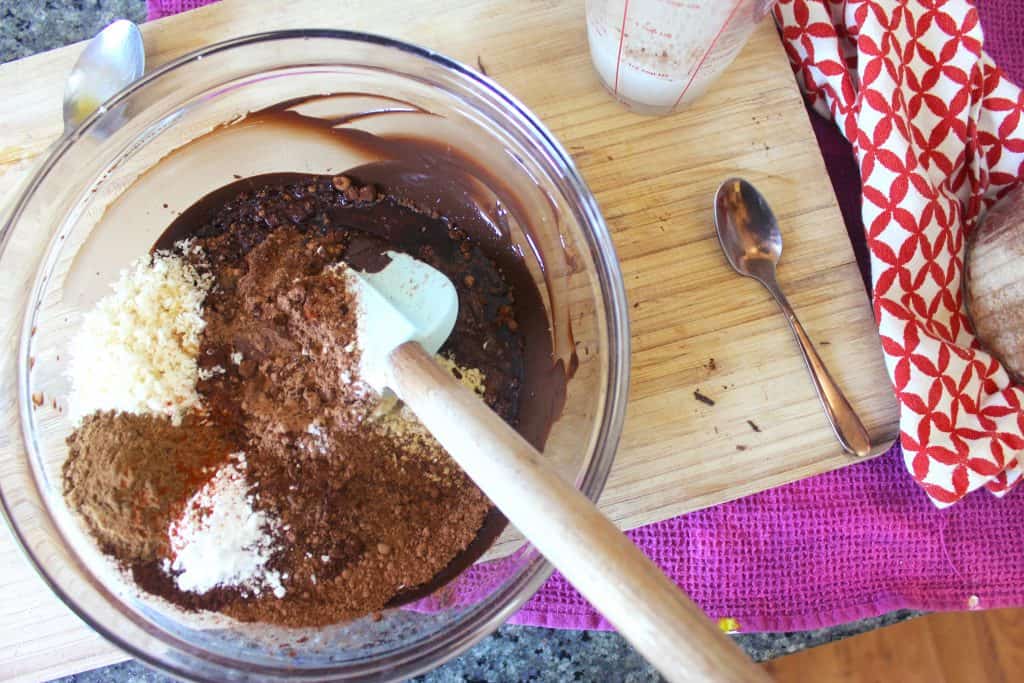 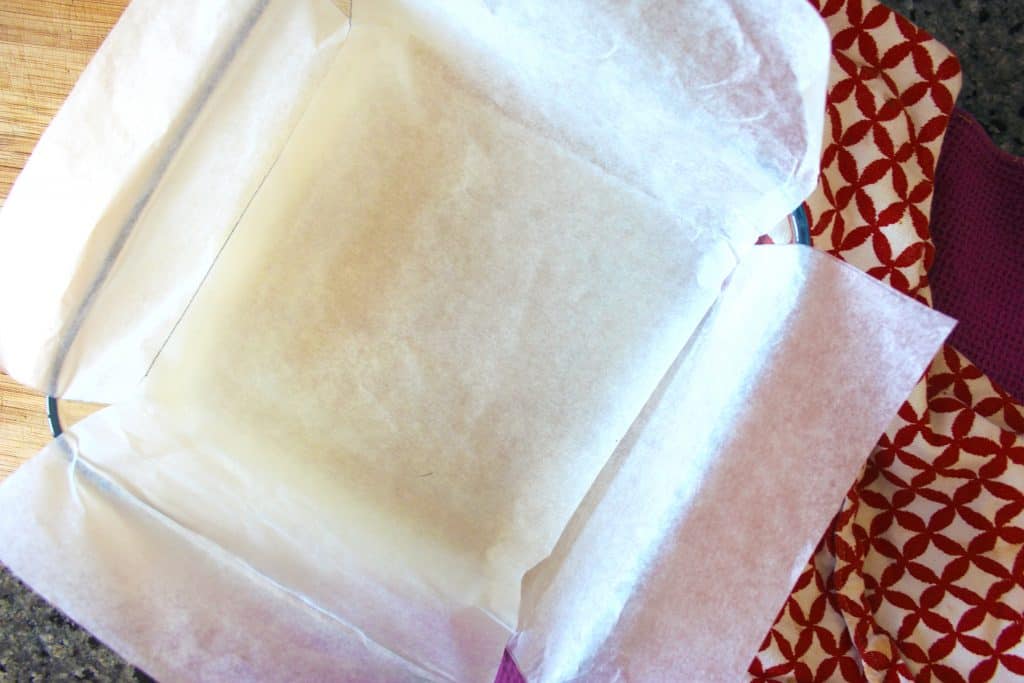 Pour the mixture into the baking dish, making sure that the batter is spread evenly. Sprinkle the cashews and almond flakes over the top. 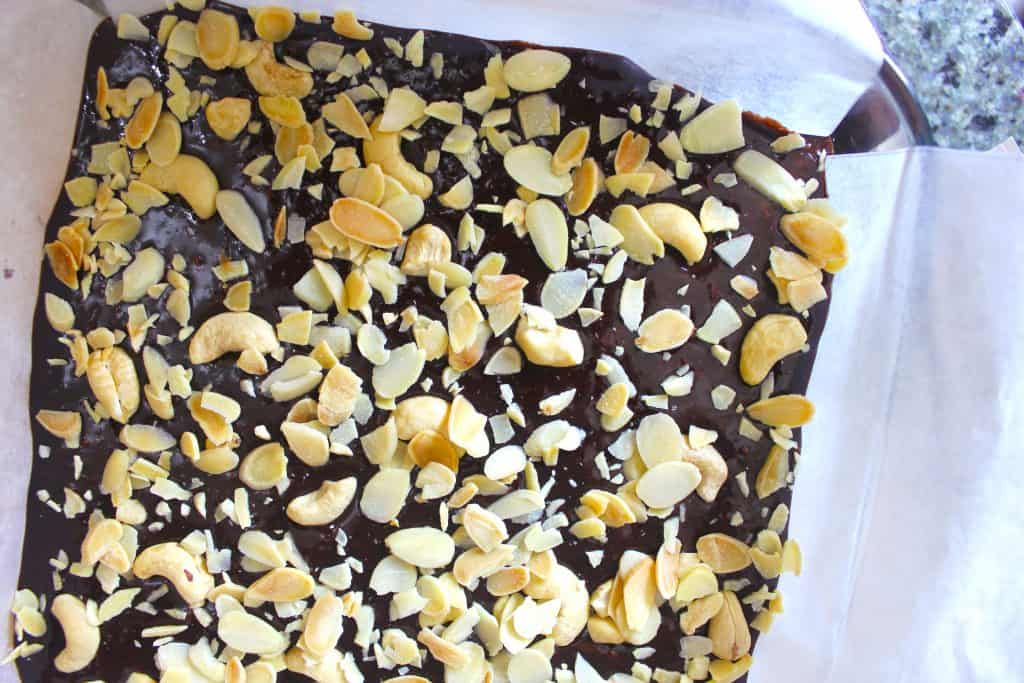 Bake at 180°C / 360°F for 35 minutes or until the nuts are golden brown. I placed the baking dish onto a baking tray to make it a little easier to remove from the oven later. You can also poke the brownie with a clean toothpick, and if it comes out with a tiny bit of gooey batter, it’s done. If you would like it on the cakey side bake until the toothpick comes out almost clean. If the toothpick comes out clean, then it’s overcooked and it will turn out dry and crumbly. 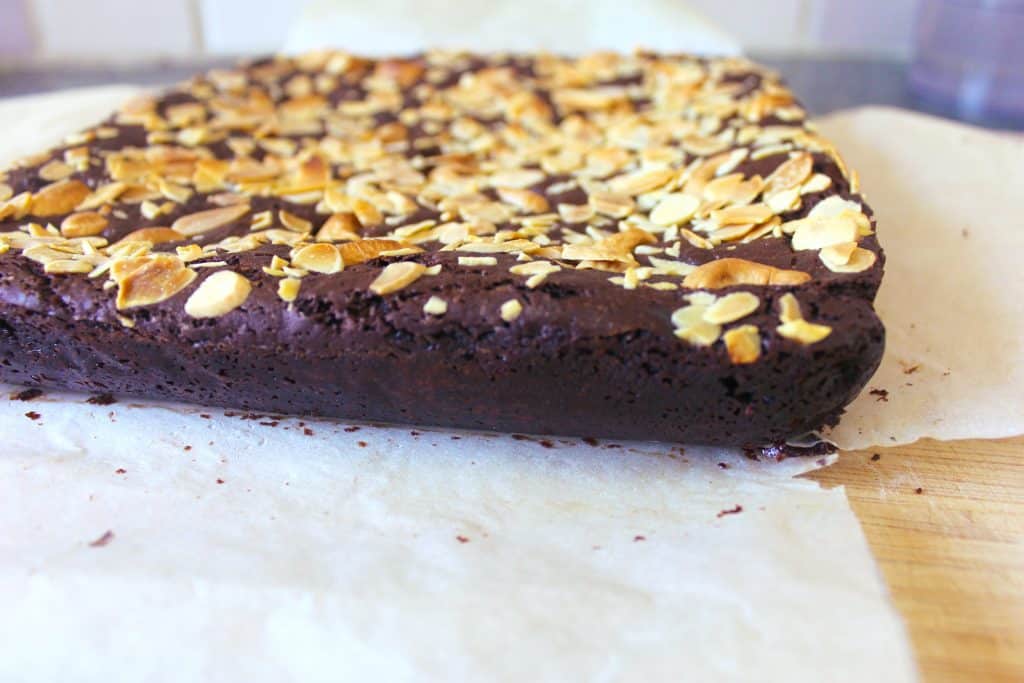 Take the brownie out and leave it to cool down completely. This should take roughly two hours. Alternatively, you could just wait 15-20 minutes, but keep in mind the texture won’t be as good! 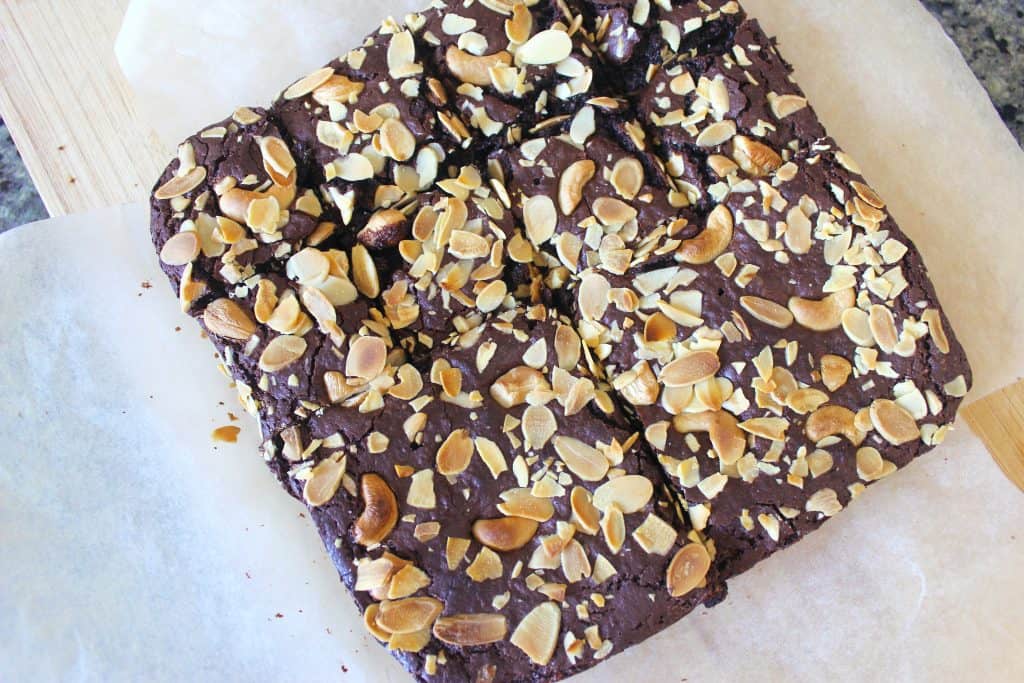 It’s important to choose a baking dish or pan that is the appropriate size, because if it’s too big, your brownies will come out too thin, if the baking pan is too small you’ll most likely end up with undercooked brownies, so keep this in mind. If you choose to make thicker brownies you’ll need to adjust for a slightly longer cooking time. I cannot stress enough the importance of letting the brownie cool down after it’s done baking. After it comes out of the oven, it is still continuing to cook to some degree as it is cooling down. Giving the brownie time to cool down will allow the flavor to develop even further, and you will get nicer, cleaner cuts, making for prettier looking brownies! 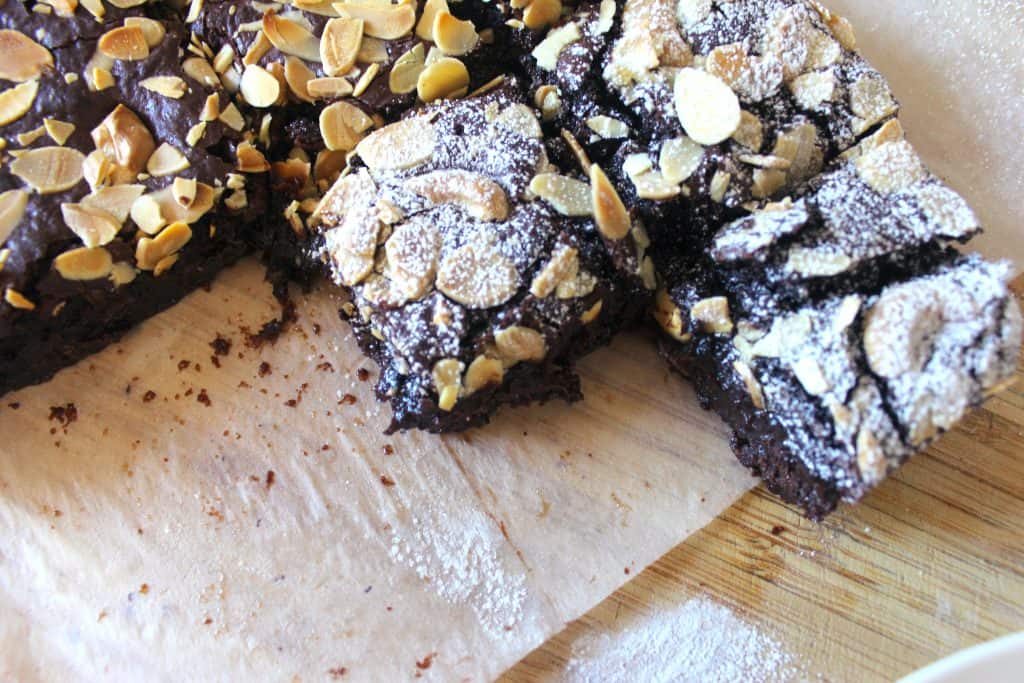 I used cashews and almond flakes because that’s what I had on hand, but my favorite brownie toppings are the combination of chopped pecans and walnuts. The contrast of the crunch from the nuts against the melty chewiness of the brownie is seriously therapeutic. The chocolate pieces added into the batter ensures a fudgy texture, but you can skip this entirely and add cranberries for a burst of flavor, and more of a varying texture.