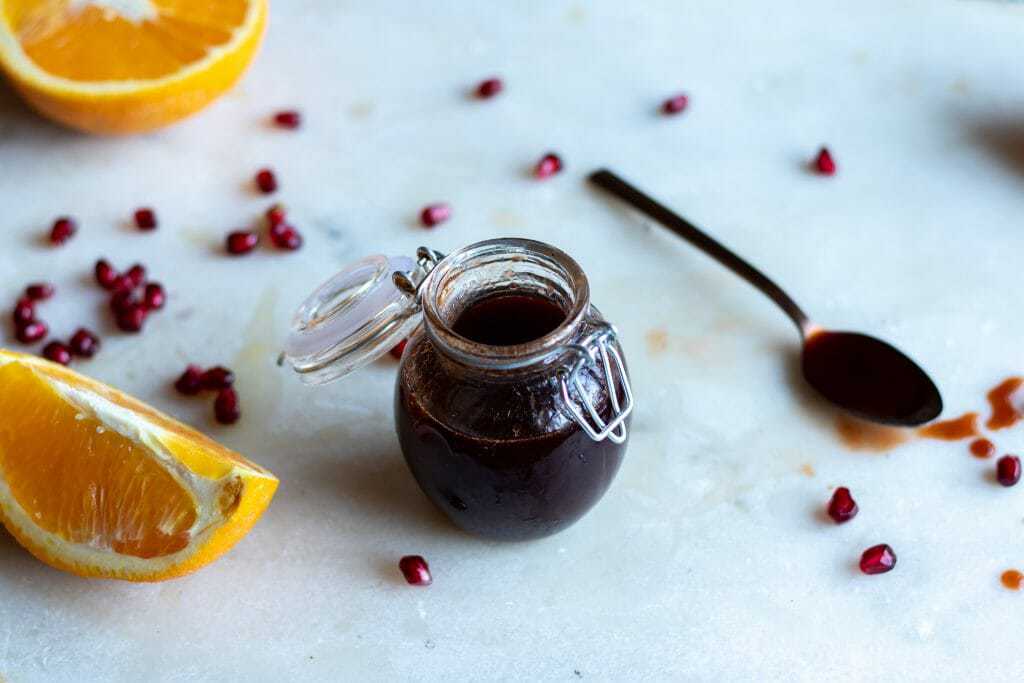 From ribs to chicken to tofu, barbecue sauce is a beautiful way to elevate beautiful and succulent proteins. The problem is that most barbecue sauces are so similar and overly sweet without the addition of something to make it more complex. This pomegranate orange barbecue sauce is here as a remedy to such a saccharine sauce that has lost its uniqueness.

One of the primary flavors of any barbecue sauce comes from sugar. Although brown sugar is used, it’s not the primary source to lend sweetness and cause this sauce to thicken. Instead, we turn to more natural forms in this recipe with the use of honey, pomegranate, and orange juice.

Pomegranate seeds provide not only a beautiful red juice inside them but also a sweet tartness that deepens as it cooks down. As this sauce simmers, these little seeds pop open and their vermilion liquid seeps into the rest of the herbs and orange juice. The heat causes it to combine and thicken, fusing with the orange juice to sweeten while providing a hint of sour to the sauce.

Of course, sweet and sour is only one element to a good barbecue condiment. There also needs to be a form of savoriness and a taste of heat to really pull it together. Obviously, we turn to onions and garlic, but the real savory aspects come from the herbs and spices of rosemary, cinnamon, allspice, peppercorns, and chili flakes. While cinnamon is often associated with sweet, it acts as a bridge between sweet and savory to pull the two together in this recipe.

Once this sauce has been cooked down into a thick mosaic of flavor, it’s ready to spread on your favorite meat or even as something to dip into.

I suggest grabbing a couple of racks of ribs to smear it on as soon as it comes together and get to grilling or smoking! 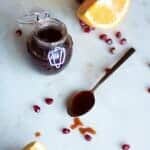 STEP ONE – PREPARE THE VEGETABLES AND HERBS

Lay both of the onions on a cutting board and dice them. Mince the garlic finely and remove the stem from a sprig of rosemary and chop the nettles. 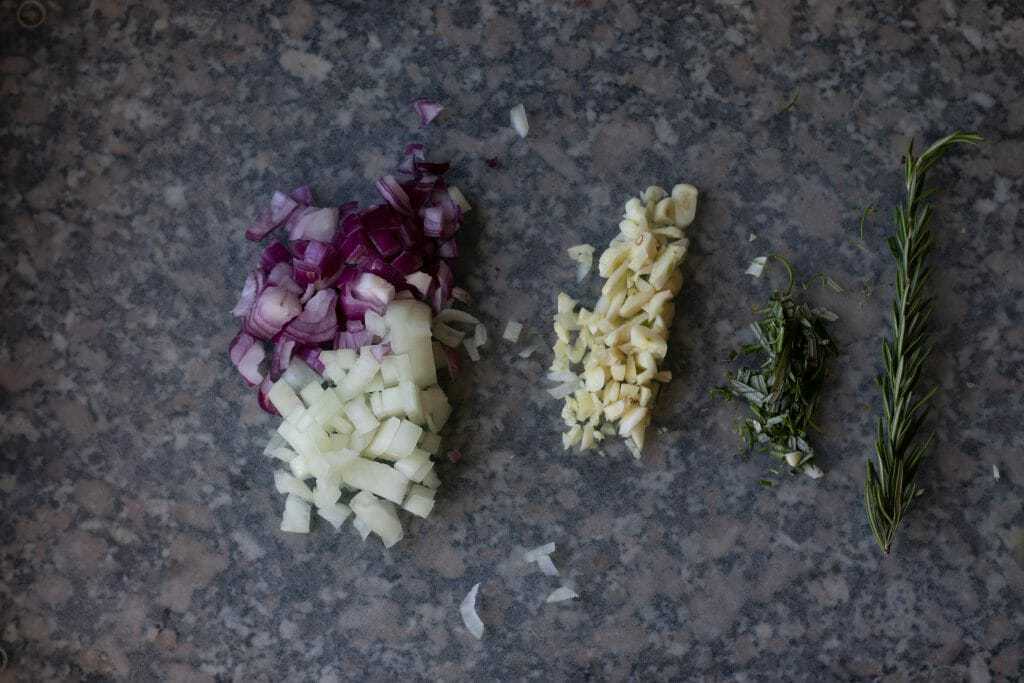 Open up the pomegranate and remove the seeds from the white pith. 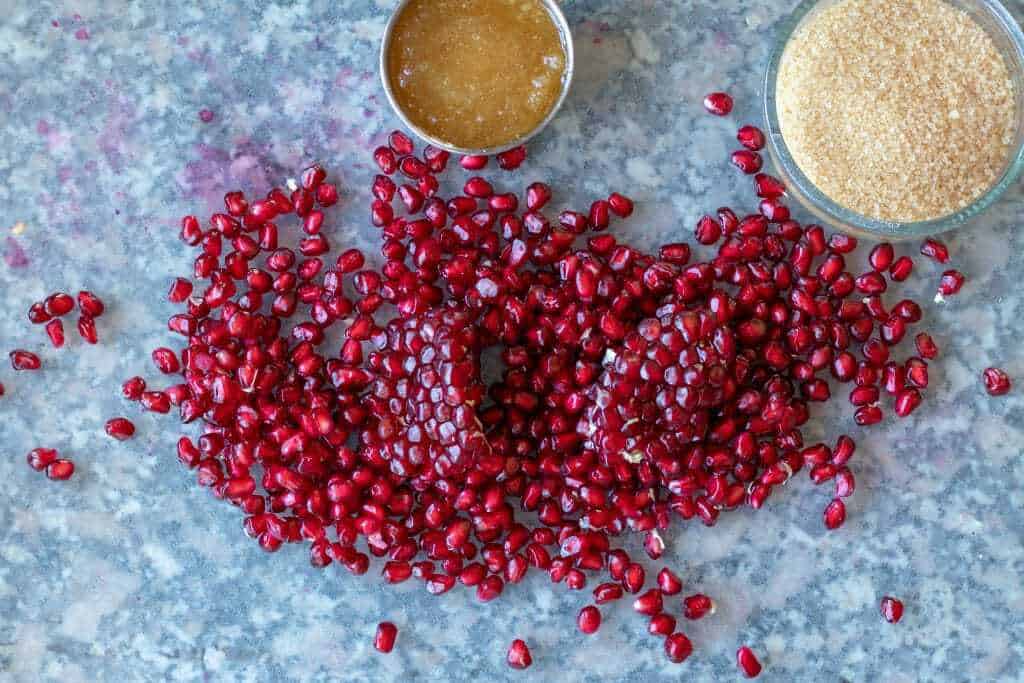 With a knife, cut the oranges down the middle and juice them into a bowl. Separate the allspice, cinnamon, pepper flakes, salt, and black pepper for easy access. 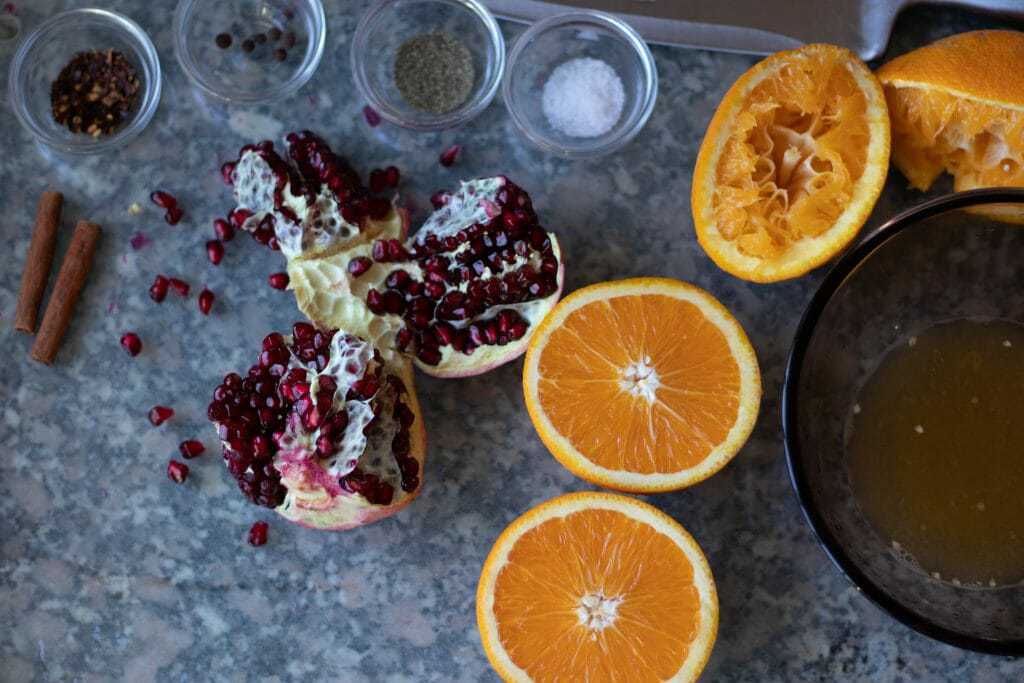 Add the olive oil, onions, and garlic to a small saucepan and place it on the stove over medium-high heat. 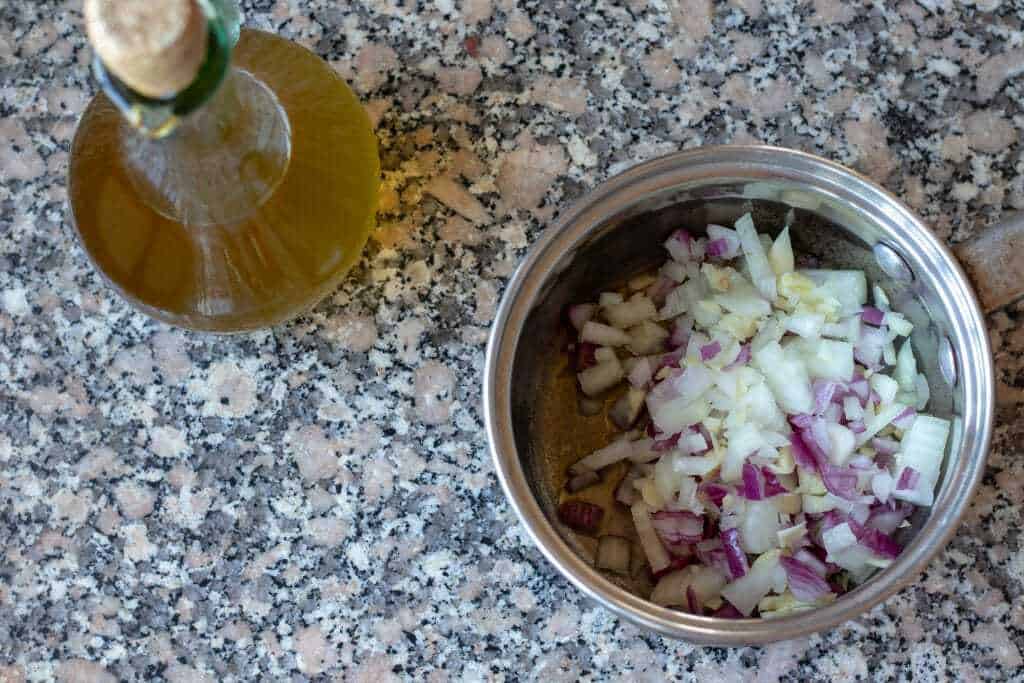 Let the onions and garlic cook 3-4 minutes, stirring frequently as they soften and turn translucent.

Stir the chopped rosemary, allspice, cinnamon sticks, pepper flakes, salt, and black pepper in with the onions and garlic. 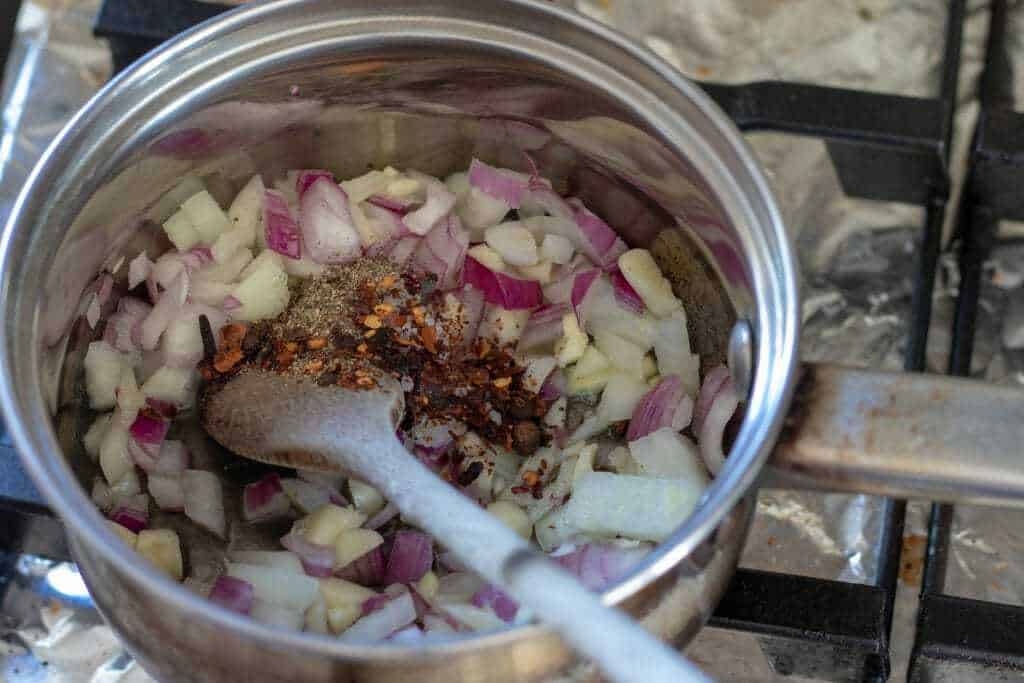 Reduce the heat to medium-low and let them all cook another 10 minutes. 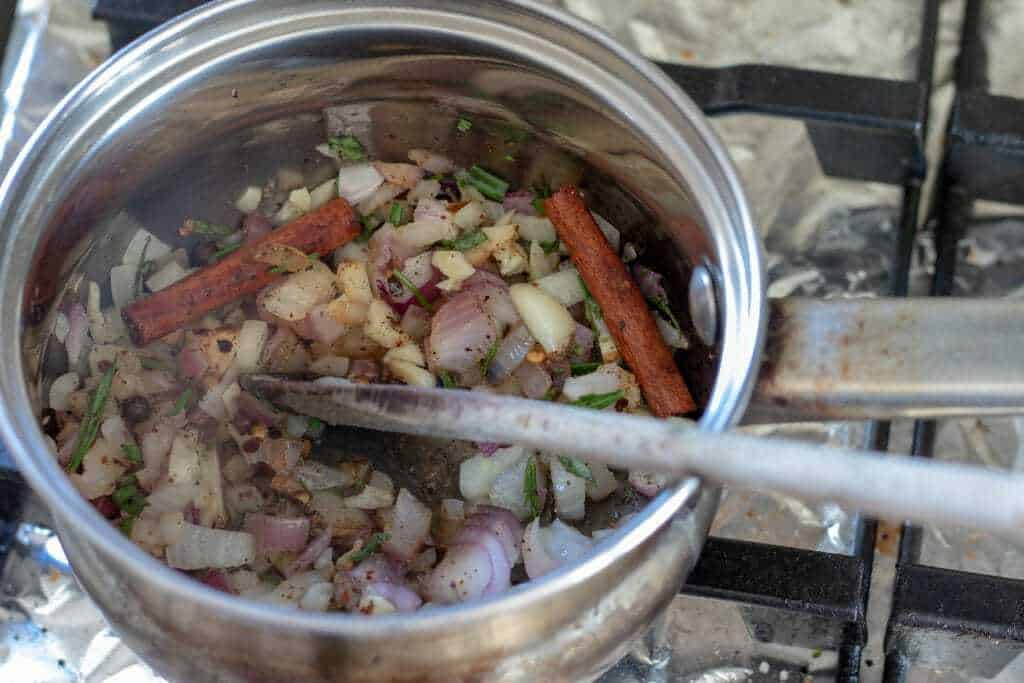 Add the orange juice and pomegranate seeds to the pan and stir again. 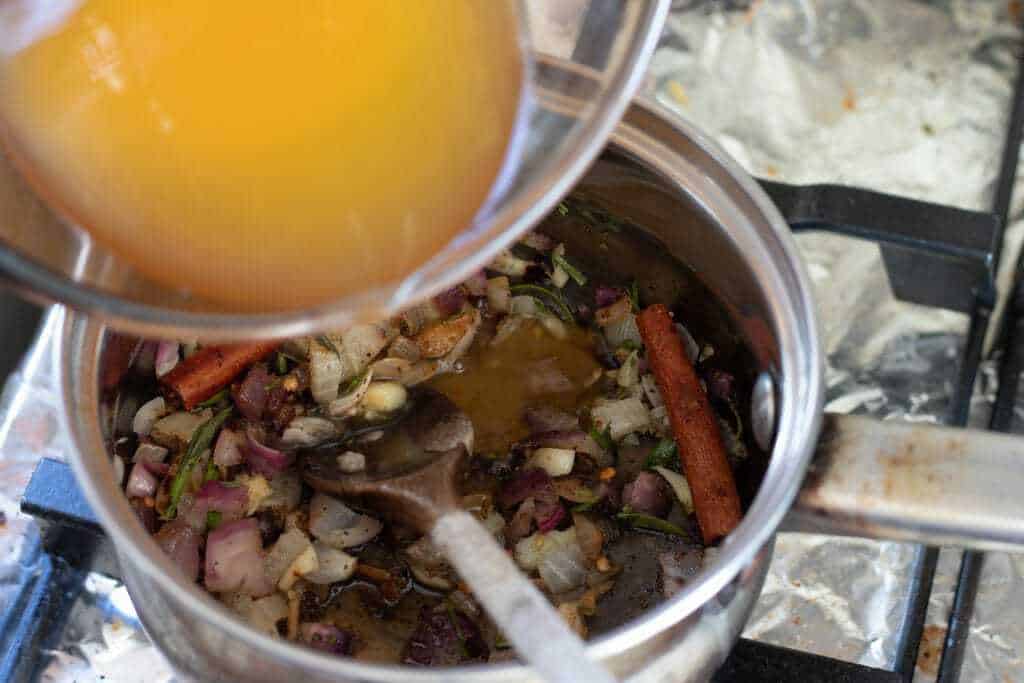 Add the brown sugar, honey, tomato puree, and whole rosemary sprig to the pan and stir well to combine. 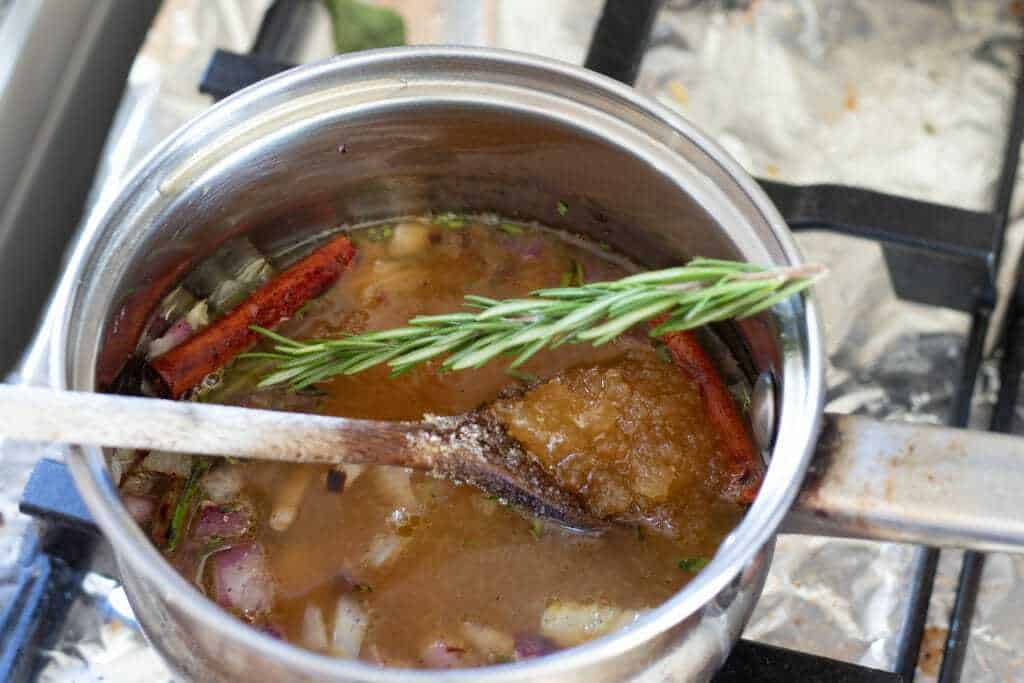 Increase the heat back to medium-high and let it come up to a boil. 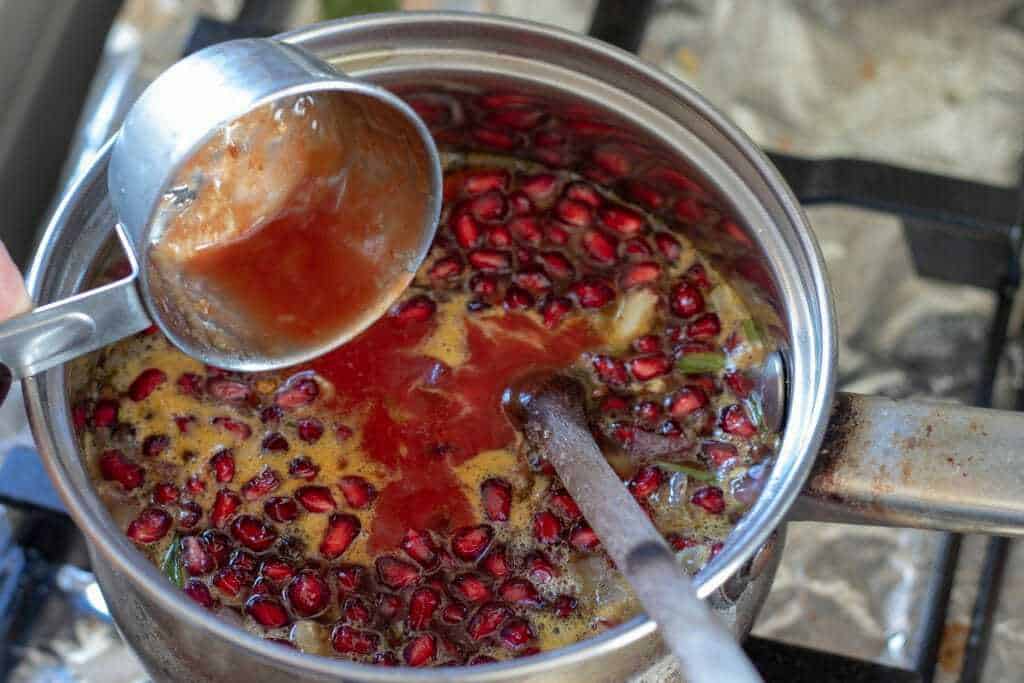 Reduce the heat back down to medium once the mixture has reached boiling. Let it simmer 25-30 minutes as it thickens.

Make sure to stir frequently so nothing burns or sticks to the bottom. Remove the pan from the burner. 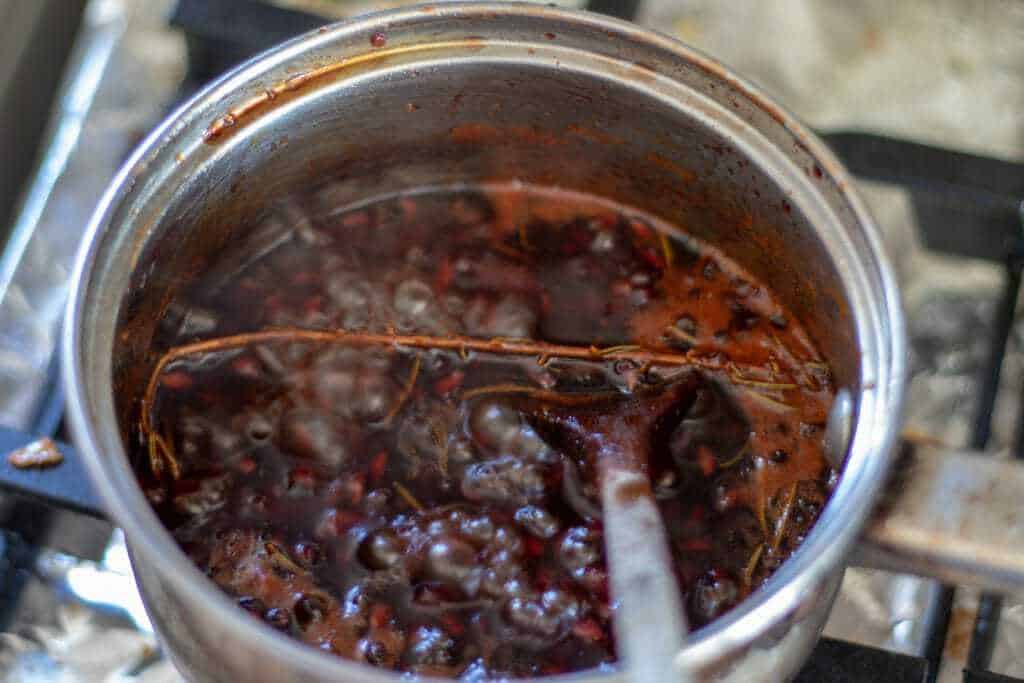 Pour the barbecue sauce through a fine-mesh sieve into a clean bowl to remove any chunks of pomegranate and herbs. 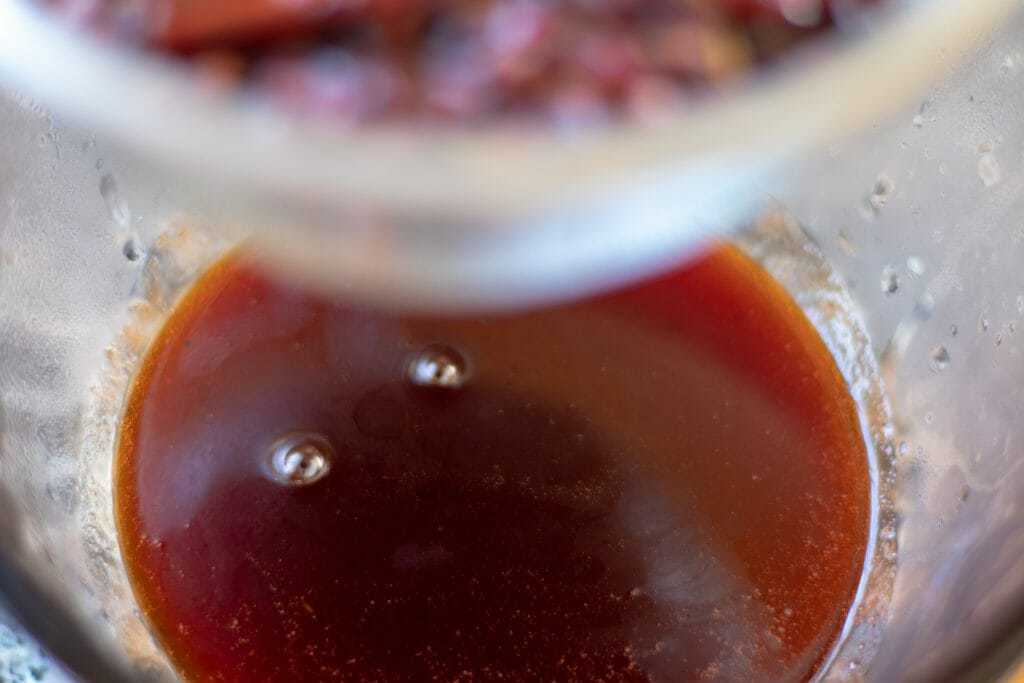 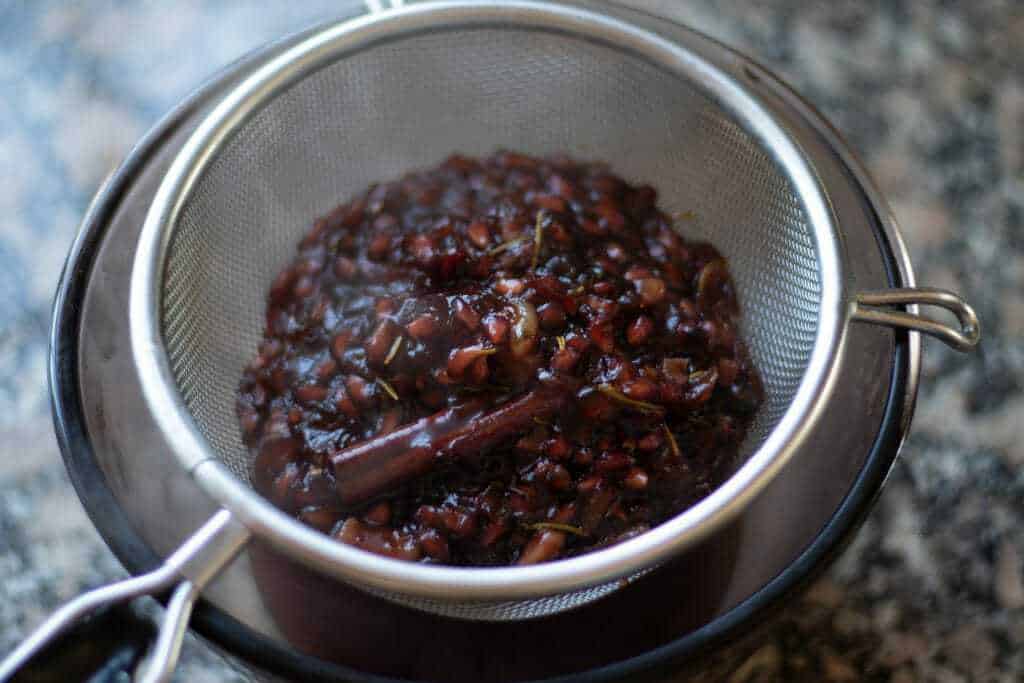 Transfer the finished barbecue sauce into a sterilized jar or bottle. 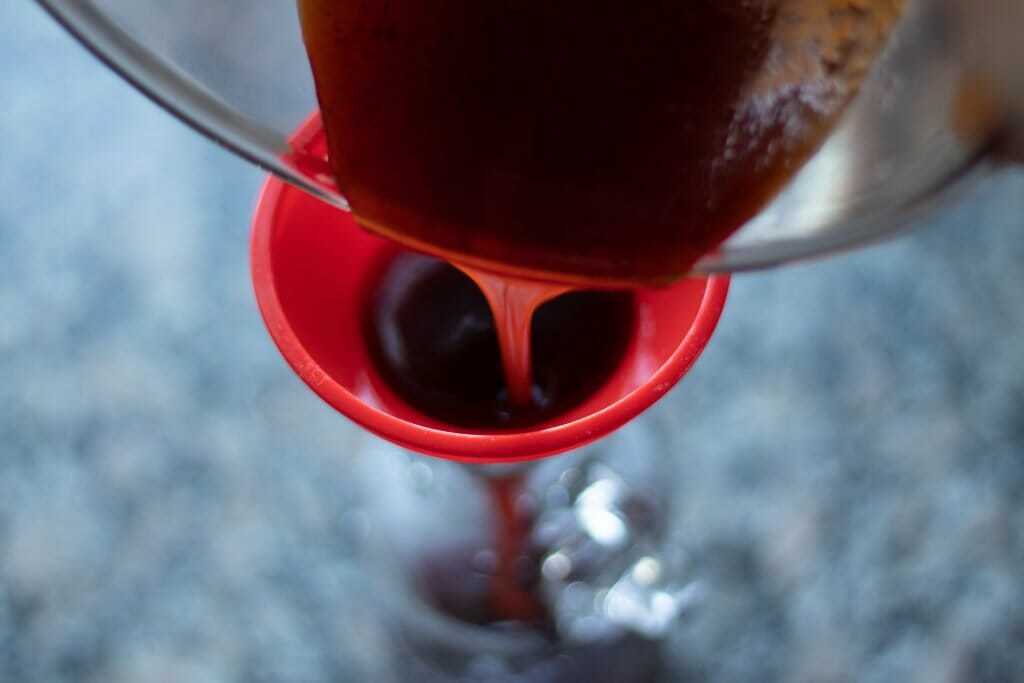 Use within a week.

This particular barbecue sauce is made using winter fruits and is ideal for the smoker or to use on something cooked indoors rather than on a grill outside. For summertime, why not try substituting the pomegranate for only slightly ripe peaches or nectarines for that tart flavor and use freshly pressed grape juice instead of orange! 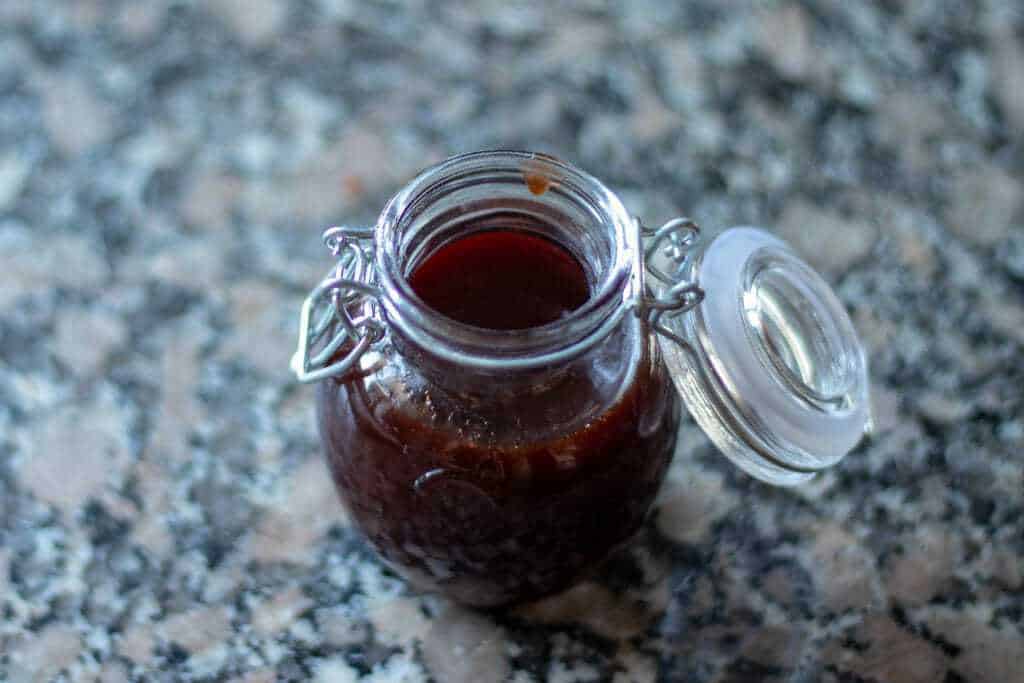 What is your favorite thing to use barbecue sauce on? Is it more of a dipping sauce or a meat enhancer? How about using it on a more vegetarian-friendly item like tofu or seitan? Give us some of your favorite ideas! 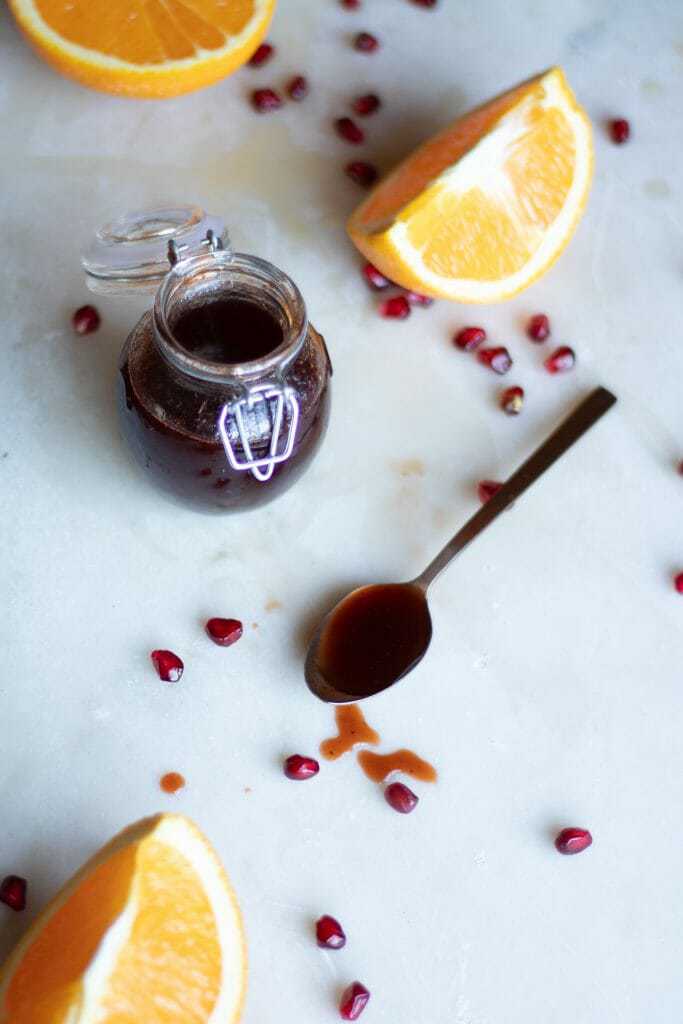