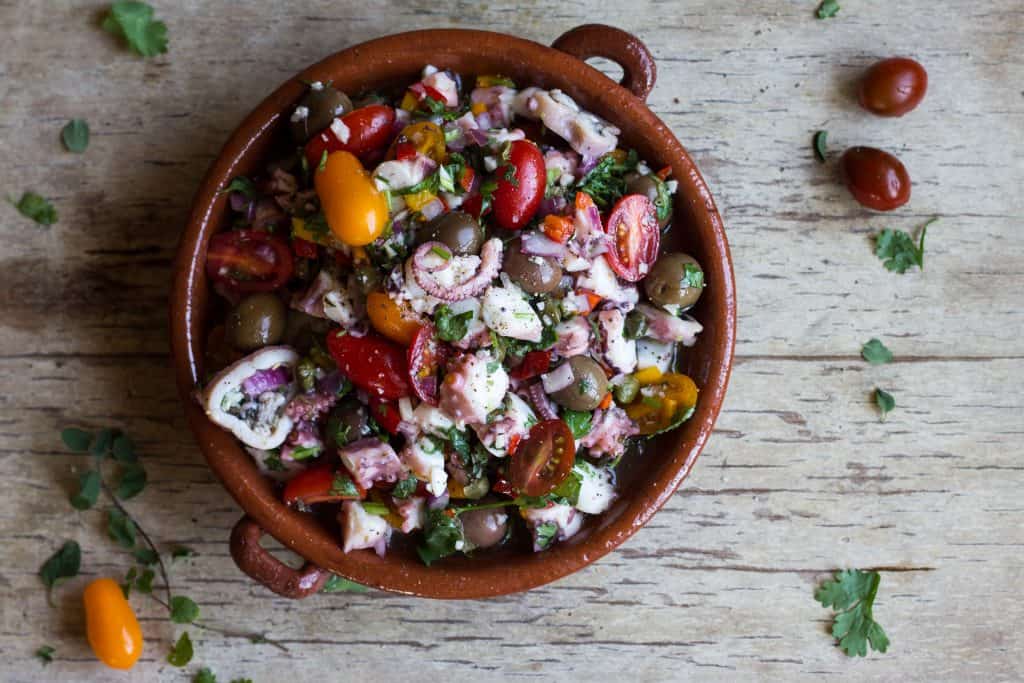 Octopus isn’t usually the thing that comes to mind when we think of seafood or salad. Instead we usually come up with something more along the lines of shrimp or lettuce for ingredients associated with those categories. This octopus salad is going to change that.

While many may be intimidated by the eight-legged creature, octopus is actually relatively easy to prepare and there is one rule that must be followed (besides having it cleaned properly, of course!); cooking must be either ridiculously quick or very long in order to have tender, delicious octopus.  If it’s cooked in between those times, you’ll find yourself with a chewy, rubbery texture that will negate any other appetizing qualities the dish has.

An old Portuguese trick, which is used in this beautiful salad recipe, is to simmer the octopus in a pot of water with an onion and let it cook until the onion can be easily pierced with a fork! It’ll ensure a tender and delicious octopus every time. 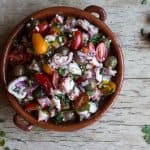 This salad can be made a day ahead of serving! It will only become more flavorful as it sits.

Octopus can often be found frozen and will be cleaned already. If you get a fresh octopus, request your fishmonger to clean it for you.

For the olives, use green olives or the varieties that are similar to the kind found in the Mediterranean. Black olives won’t have the same briny taste that these get from the marinating process.

STEP ONE – PREPARE THE OCTOPUS FOR THE POT

Run cool water over the octopus and lay it on a cutting board to inspect it and make sure the ink sac has been removed. Place the octopus in a large pot. 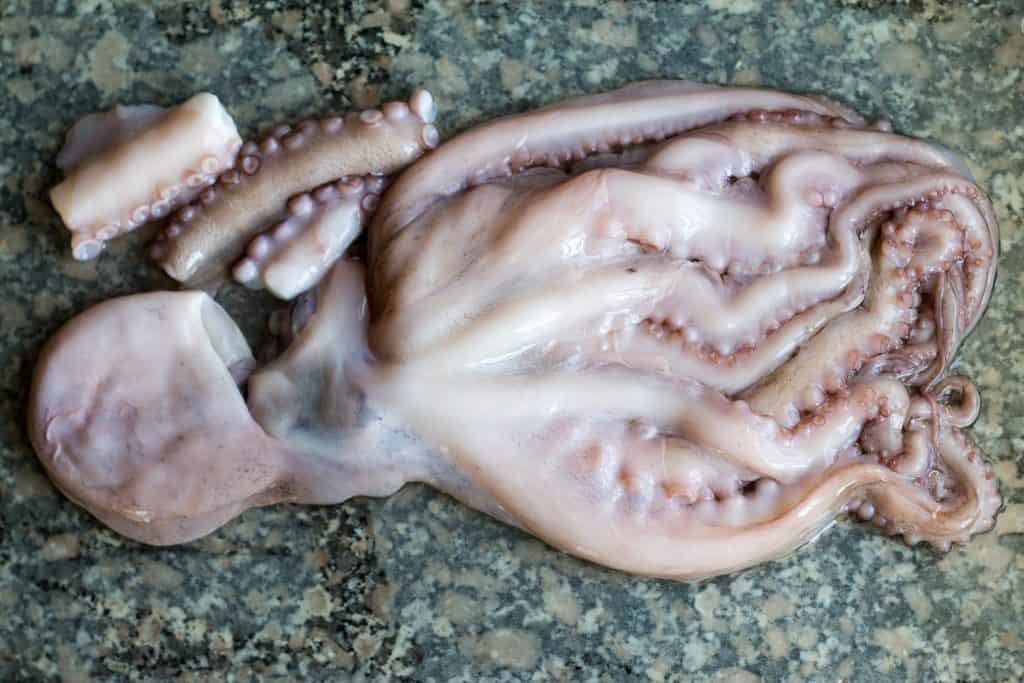 Remove the root end from the onion with a knife then cut it in half before adding it to the pot with the octopus. Add the bay leaves to the pot as well. 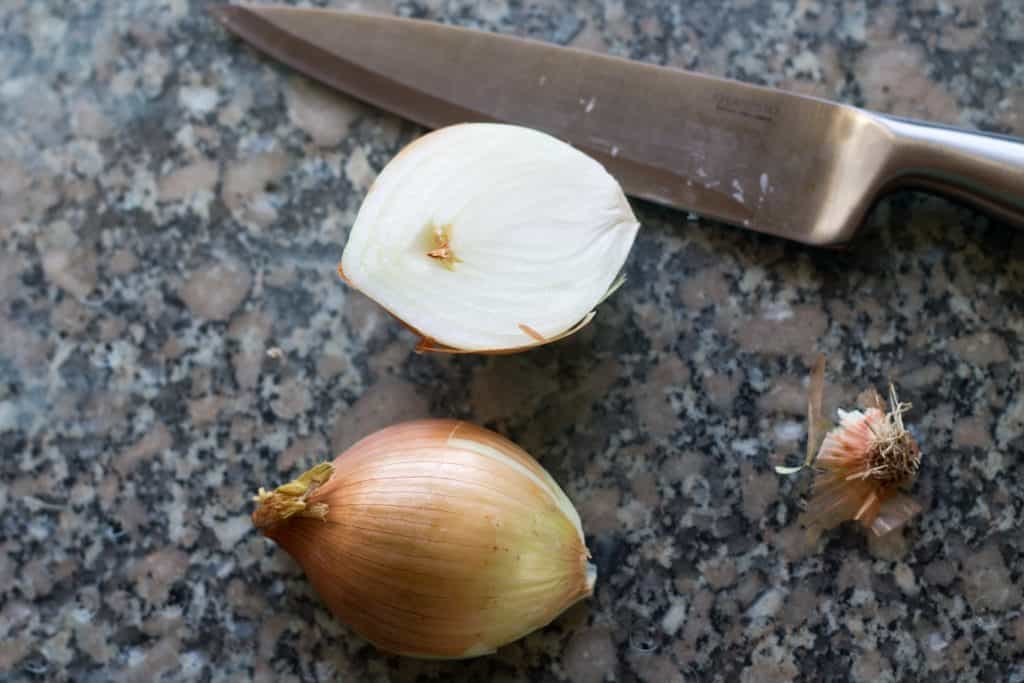 Fill the pot to approximately ¾ of the way full. Place the pot on the stove top over high heat and cover with a lid. Bring the pot to a boil, then turn the heat down to medium and tilt the lid so some of the steam can escape.  Allow it to simmer for 40-50 minutes. 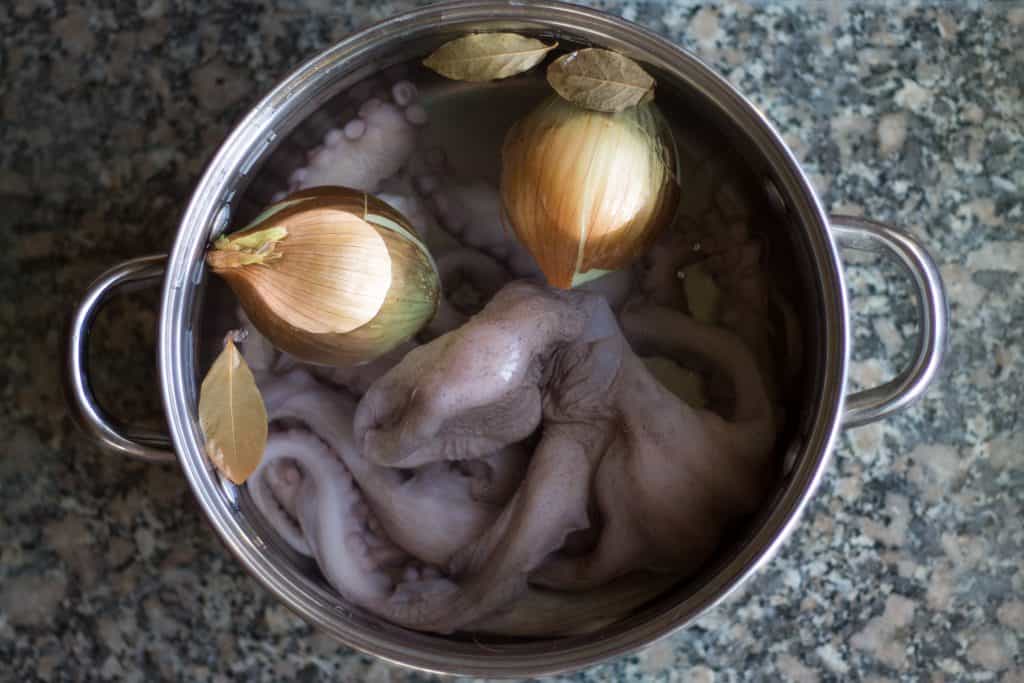 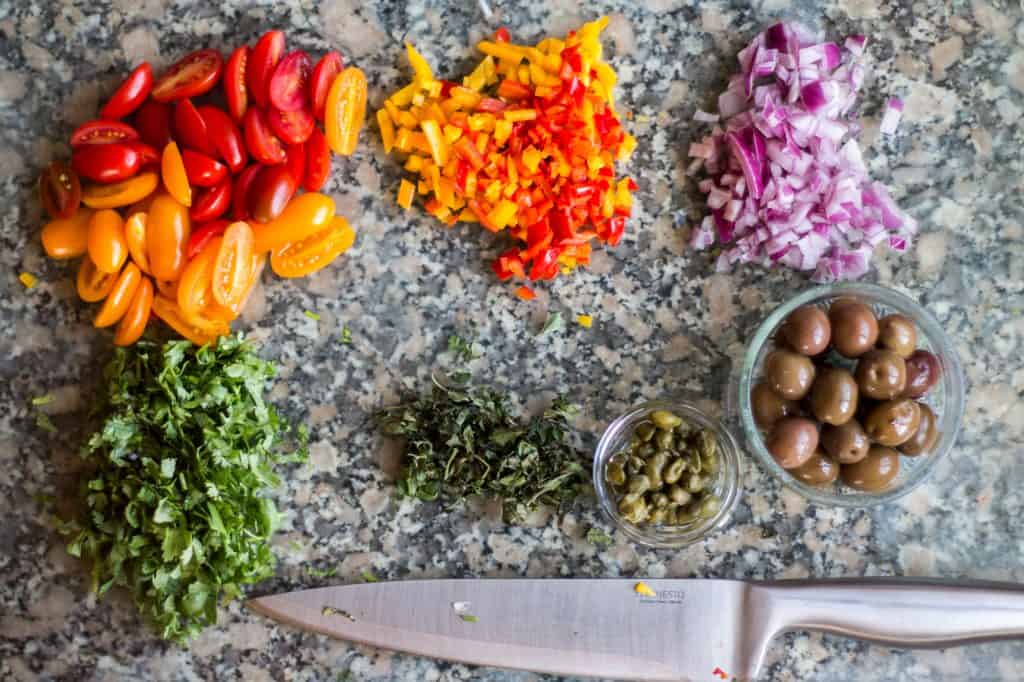 STEP FOUR – REMOVE THE OCTOPUS FROM THE POT

Check the doneness of the octopus by sticking fork into the onion. If it goes in easily, the octopus is done. Transfer the octopus to a clean cutting board and discard the onion and the bay leaf.  Let the octopus cool down to room temperature; about 5-10 minutes. 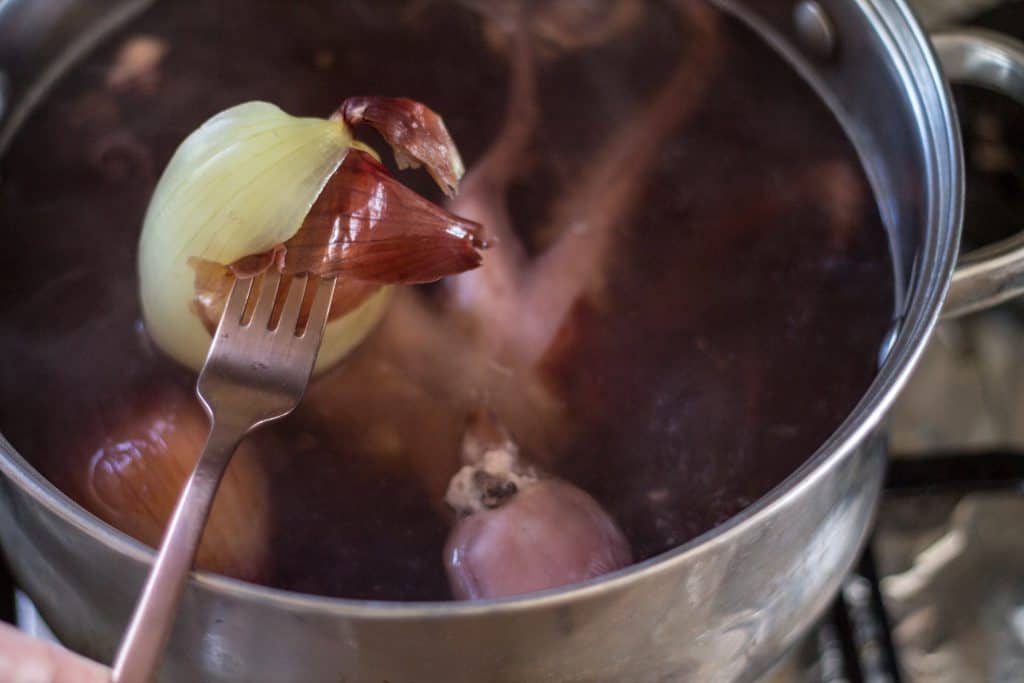 As you can see, the octopus has shrunk quite a bit from its original size during the cooking process. 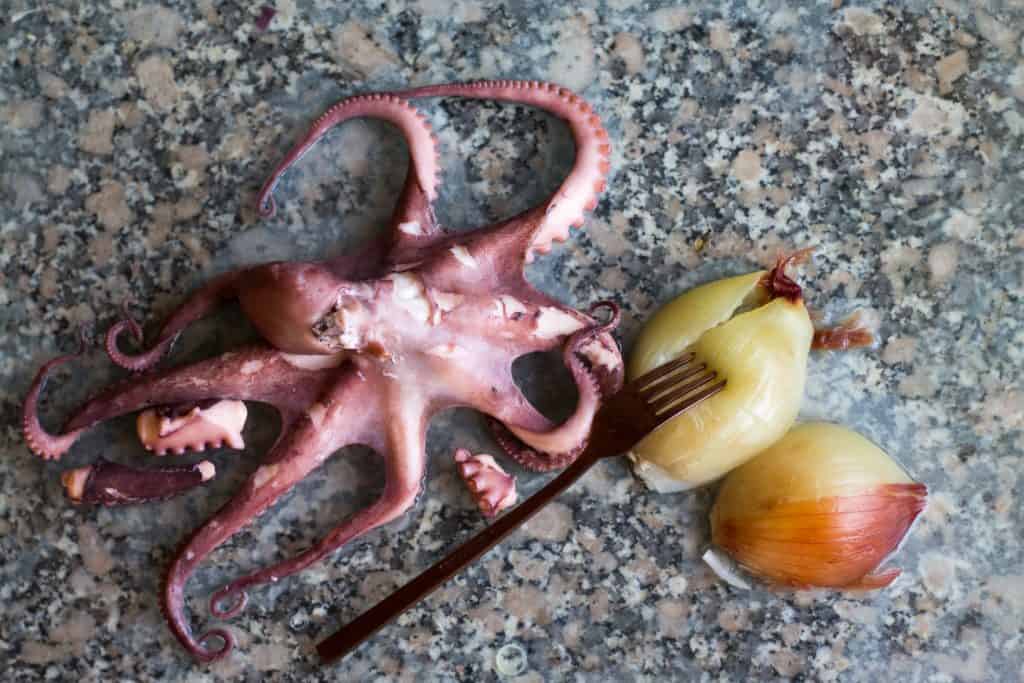 STEP FIVE – CHECK THE OCTOPUS FOR THE BEAK AND REMOVE IT

Cut the head off the octopus and, with your finger, check the middle where all the tentacles are attached for a hard bit of that feels nothing like the rest of the meat. Pull it out and there should be a little black beak that was attached to it. Discard the beak and move on to the next step.

If there is no beak to find, then it must have been removed in the cleaning process done by the fishmonger it was purchased from or before it was packaged. 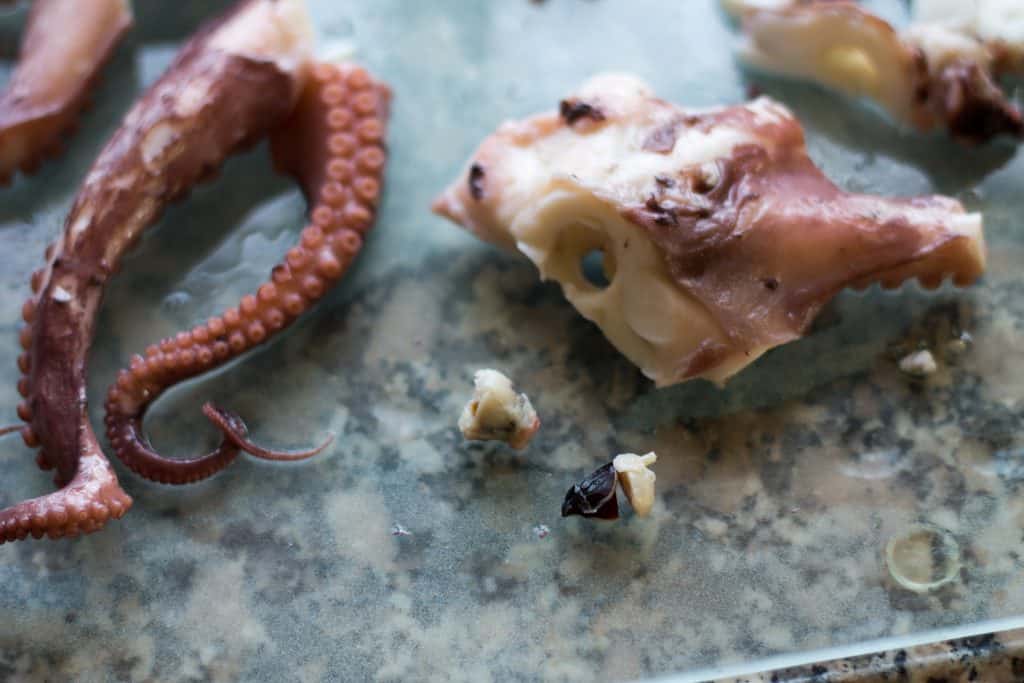 Cut the head and tentacles into small ½ inch pieces. Leave the curled ends of the octopus a little longer for a pretty presentation. 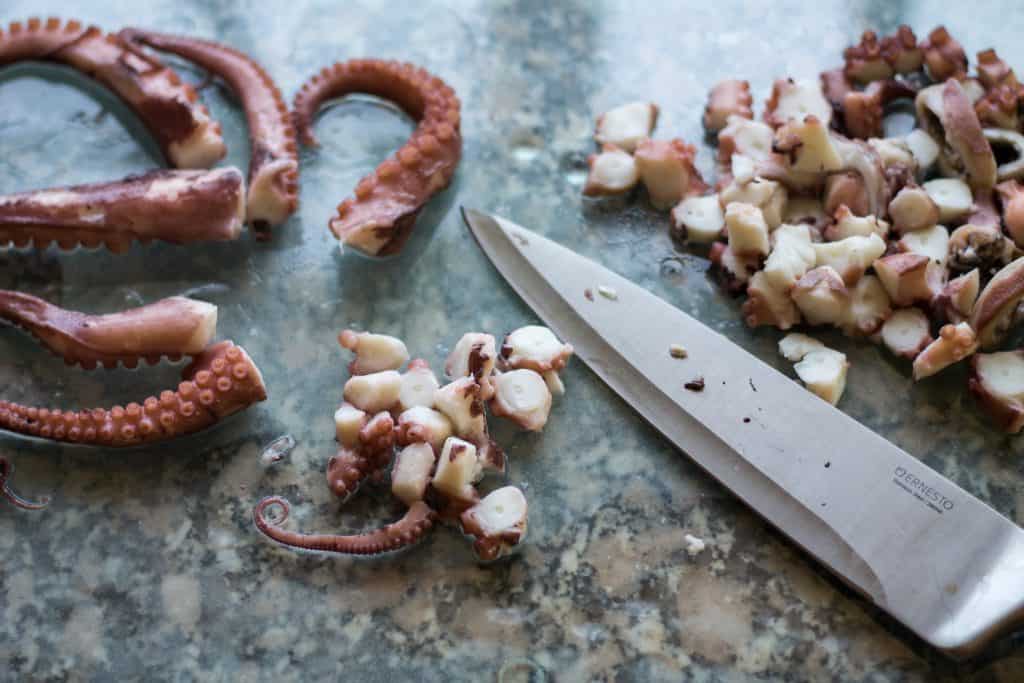 Place the cut tomatoes, bell peppers, onion, parsley, oregano, olives, and capers into a large bowl. Add the octopus pieces to the bowl and stir well to combine. 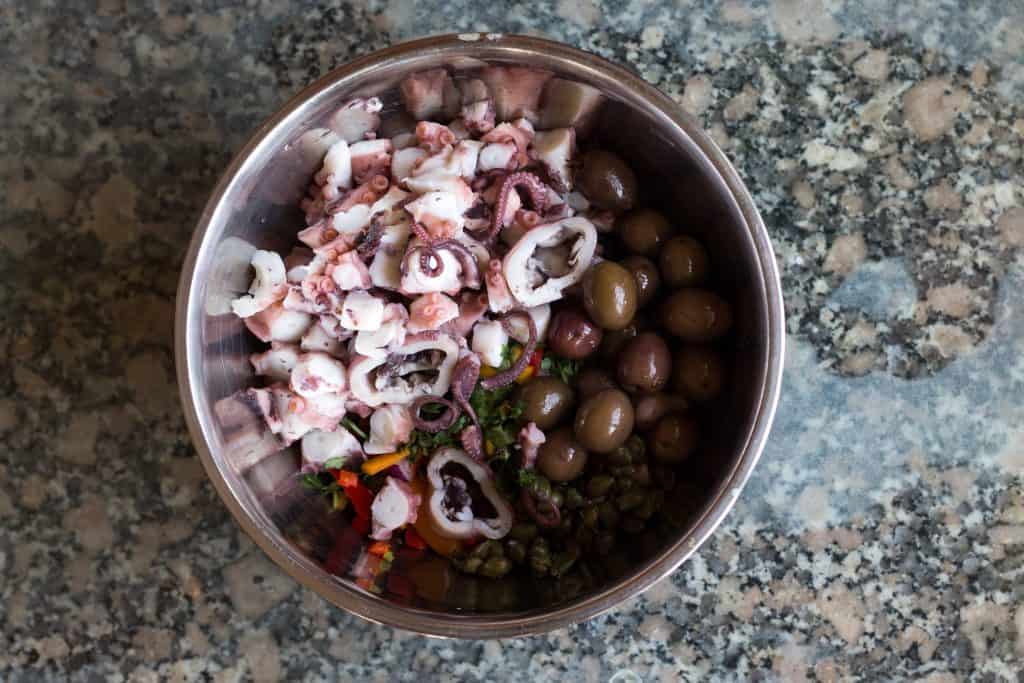 Peel and mince the garlic and cut the lemons in half. Pour the olive oil into a bowl and add in the garlic. 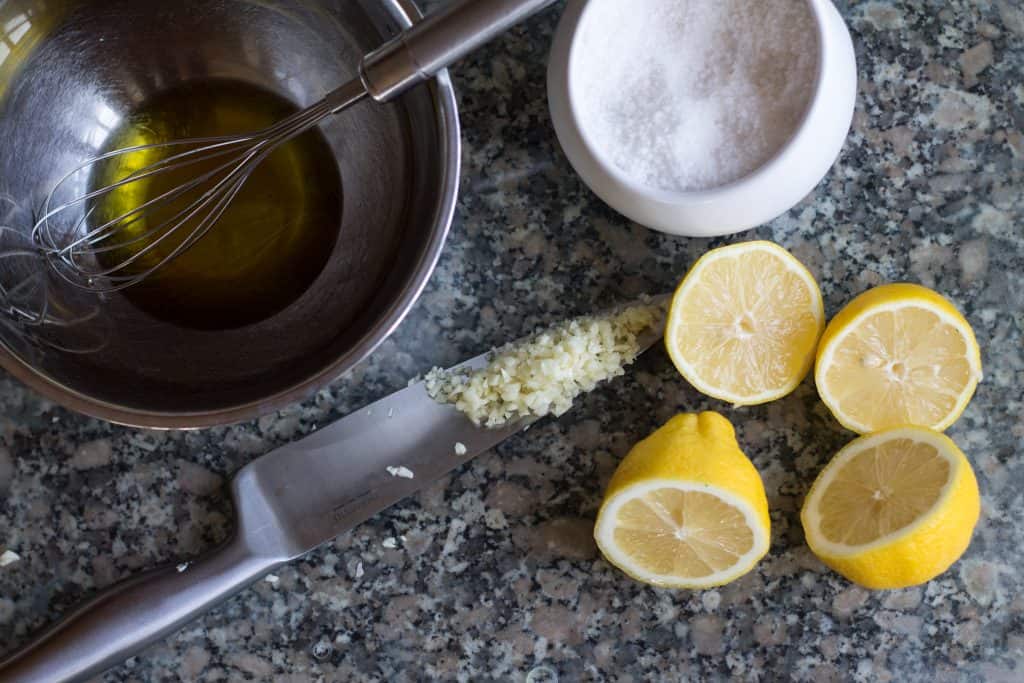 Squeeze the lemon juice into the bowl, making sure to remove any seeds. Sprinkle in the salt and black pepper and whisk it well to combine.Taste and add more salt if needed. 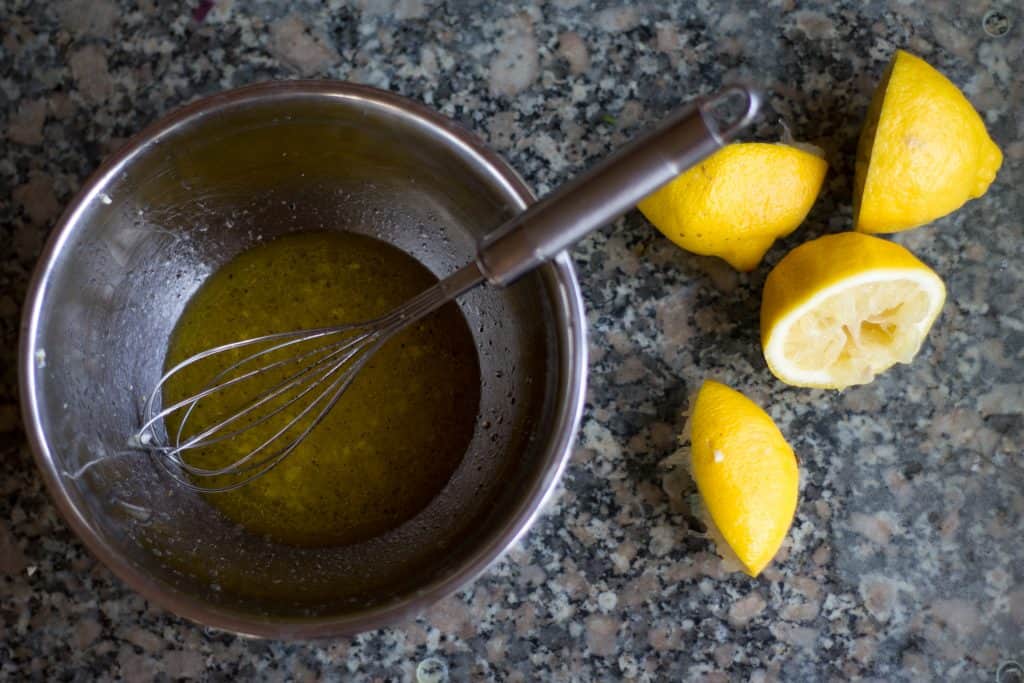 Pour the dressing on top of the salad and toss with a wooden spoon to mix all the ingredients together and coat everything with the dressing. 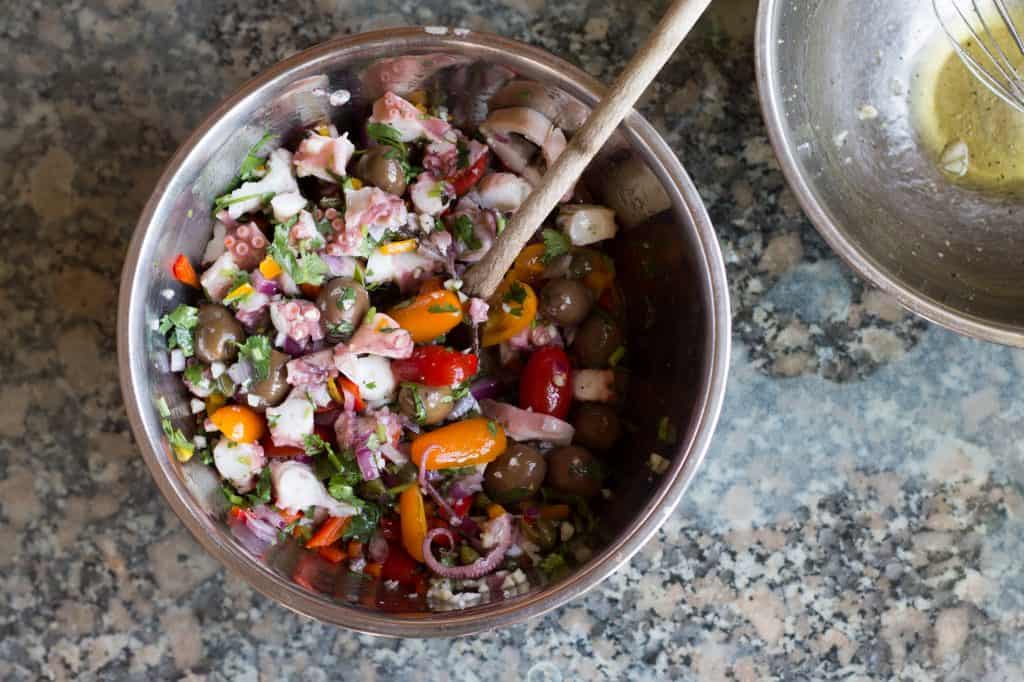 Cover the bowl and place it in the refrigerator for about 30 minutes to 1 hour.

Remove the salad from the refrigerator and serve immediately. 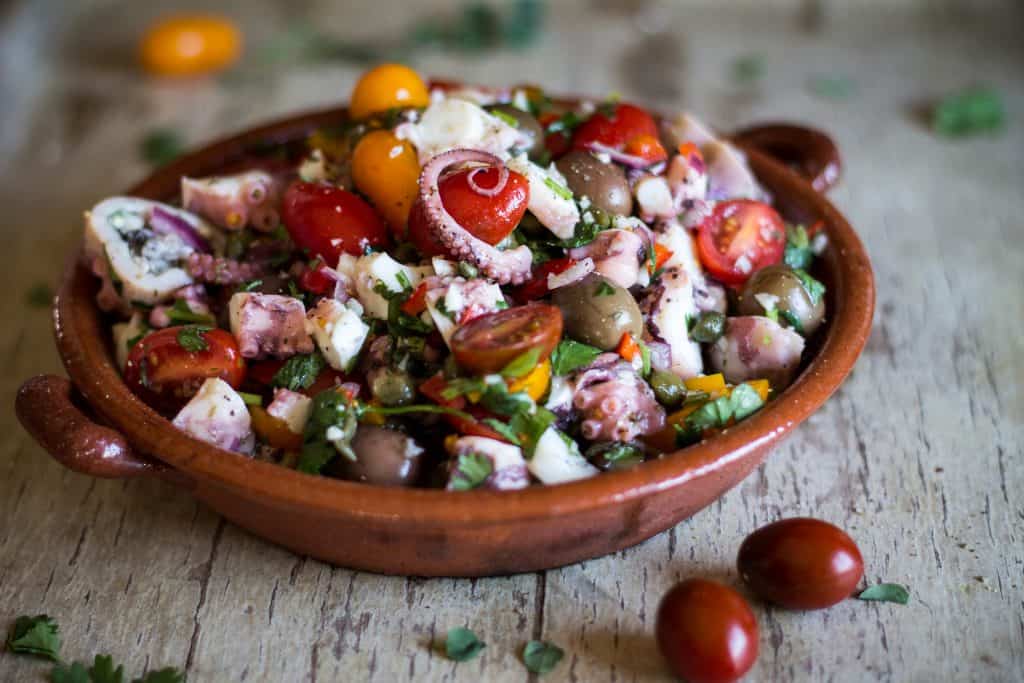 This octopus salad, is easily made year round with the frozen varieties, but is ideal for a hot summer’s day as a refreshing side dish or appetizer. It would also make a wonderful and unique addition to any holiday table!

Have you tried cooking octopus? What are some of your favorite recipes and what tips or tricks do you have that make your octopus stand out? Please let us know!