While Olympic-style lifts have long been employed by traditional power athletes such as football players, sprinters and wrestlers, Strength and Conditioning Specialists are incorporating theses exercises into more and more sport-specific routines.

Lifts such as power cleans involve very high power outputs and high rates of force production, both of which can transfer to increased speed and explosiveness on the field or court. As Olympic-style lifts tend to be total body exercises, they increase neuromuscular co-ordination and that buzzword… core stability. However, there is a caveat…

The most important goal of any strength training program, and indeed the exercises that form it, is specificity. More recently, power cleans seem to be first on the list when it comes to exercise selection by strength coaches. Remember, that the first step in designing a successful strength program for sport, is a needs and movement analysis…

Power cleans involve mainly the extensor muscles of the hips, abdominals and trunk. Yet many sports for which they are recommended work predominantly the opposite – the hip flexor muscles. Other exercise choices, combined with the correct loading patterns for power development may be more suitable.

Even where exercises such as power cleans are relevant, they must be carefully planned into the overall program. Completing Olympic-style lifts all year round is not necessary for most athletes and they should always follow a phase of functional strength training – particularly in less experienced athletes. Even a short 6-8 week phase (most likely in the off/early pre-season) that incorporates power cleans and similar exercises can translate into significant improvements in competition for relevant sports.

For a sample program that incorporates power cleans and related lifts into a strength training program click here.

Hang cleans are a variation on power cleans and place less emphasis on the lower body. Technique is the same as a classic power clean described above except that the starting position of the bar is hanging at the mid thigh rather than on the floor.

The clean and Jerk is an Olympic lift and performed in two stages. The first stage – a power clean – is completed with the same technique as described above. The second stage is a push jerk and is described below. Due to the pull-push nature of this lift, the clean and jerk works virtually every major muscle group in the body. 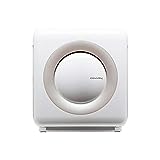